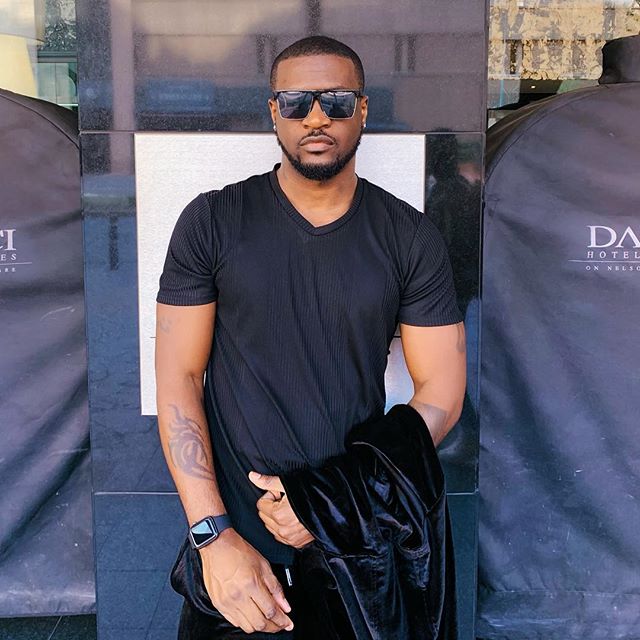 Popular Nigerian singer & songwriter, Peter Okoye popularly known as Mr P of the defunct P. Square music group, has taken tonhis twitter page, to reveal he is living his best life, and he is unapologetic about it.

The singer and father of two, has faced a lot of criticism ever since he decided to split from his twin brother, Paul Okoye and go solo.

Fans have also advised both singers to reconcile but it appears that won’t be happening anytime soon.

Putting an end to the unsolicited opinions and talks, the singer took to the micro-blogging site to suggest that he does not care and he is enjoying his life.

The former member of the defunct singing group, PSquare shared a photo of himself with the caption;

Stop existing and start living…. I am living my best life periodttttttt!!!🤗🤗🤗 pic.twitter.com/pJEacOmg0l

Actor Emeka Okoye ties the knot with beautiful lover
Jude and Paul Okoye’s wives, Anita and Ify reach out to Lola Omotayo as she mourns
“I make more money now, call it greed it’s your own cup of tea” – Peter Okoye
‘why A Police Officer Will Profile You As A Criminal’ — Psquare’s Brother, Jude Okoye Reveals