Popular Nigerian singer, Davido has stated in a live Instagram video how his colleague Wizkid inspired him. 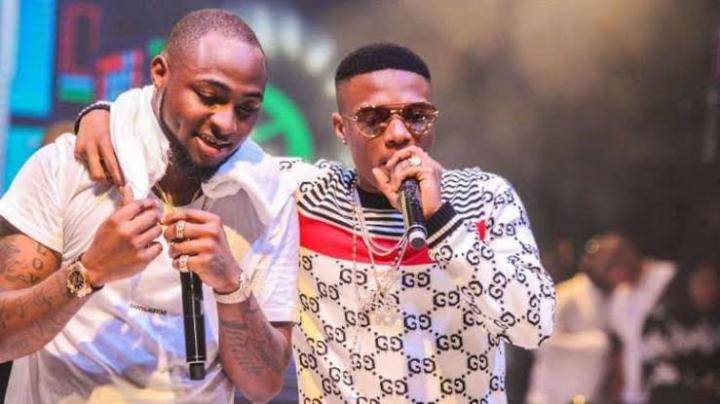 There’s really a stern debate on social media platforms precisely Twitter as different artists have been pitched against each other as the battle for who has the highest number of hits songs is the main trend now.

Burna Boy had claimed he has the highest number of hits, while Davido took to Twitter to call out any other record label ready to battle his own DMW team.

He said in his tweet that his official disc jockey, E-Cool will be live on Instagram by 10PM and whoever wants to battle can join in. 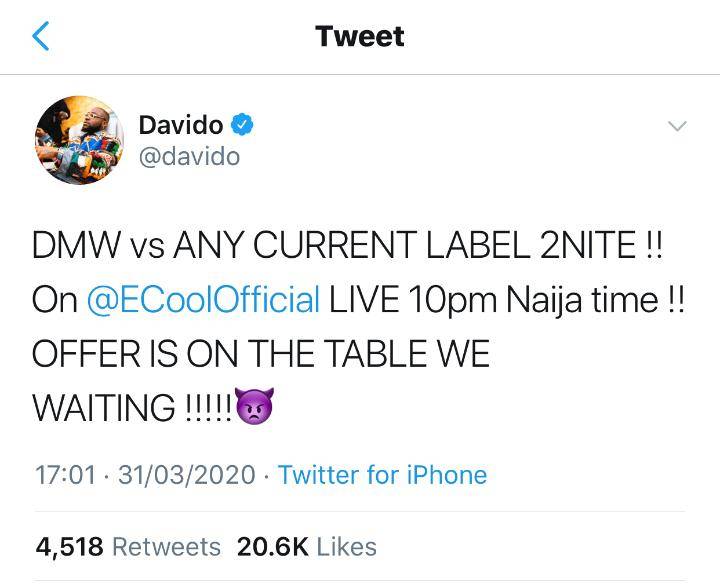 Meanwhile, 10PM reached and record label stepped forward for the battle of hits but DJ ECool was live with his boss, Davido and in the video he revealed how Wizkid inspired him.

In the video screen recorded by a Twitter user, Davido said after Wizkid came into the industry as a young artist he paved the way for him and many others to come into industry despite them being at their tender age.

In the video he stated that was how Wizkid inspired him. 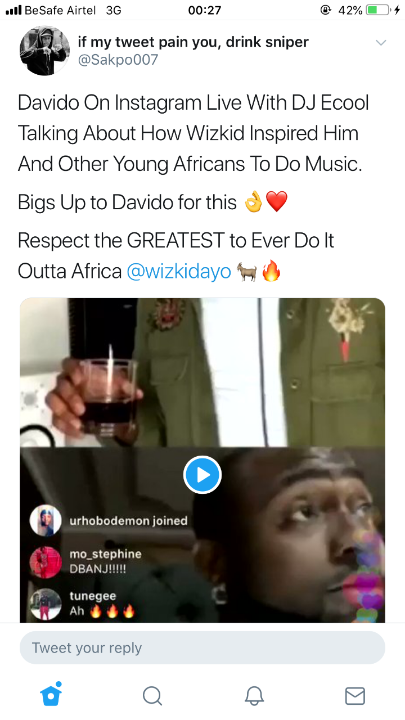 How An 18-Year-Old Boy Was Caught With Local Pistol At Night In Lagos
E-money & Police Saga: "Investigate Poverty Too" – Daddy Showkey
See How Iyabo Ojo’s Daughter Replied Instagram User Who Asked If She Was Gay
Toke Makinwa Recounts How Her Appointment Was Cancelled Due To Ramadan
‹‹‹ 1 Last
(Pages: 1 )