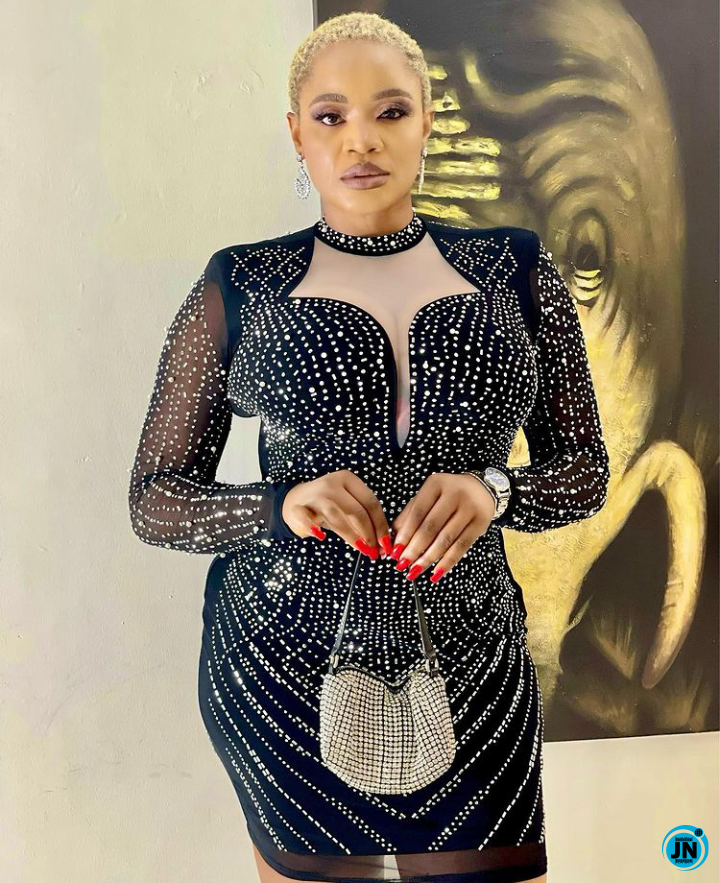 Nollywood actress, Uche Ogbodo has been dragged for allegedly destroying the romantic relationship that existed between her colleague, Empress Njamah and singer, Timaya.

The gist was shared by the gossip IG blog, Cutie__juls who disclosed that Uche Ogbodo moved into Timaya’s house in Marwa Garden and started dating one of his boys, Wrekoba. 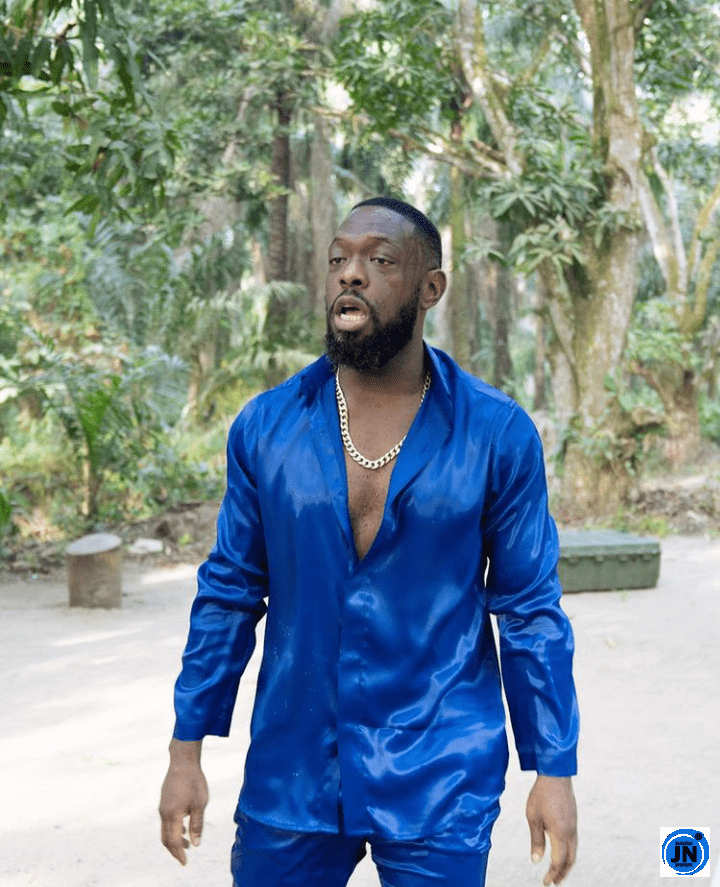 However, when Empress got pregnant, Uche told Wrekoba that Timaya isn’t responsible for the pregnancy, rather it was that of a sugar daddy Empress was also seeing. 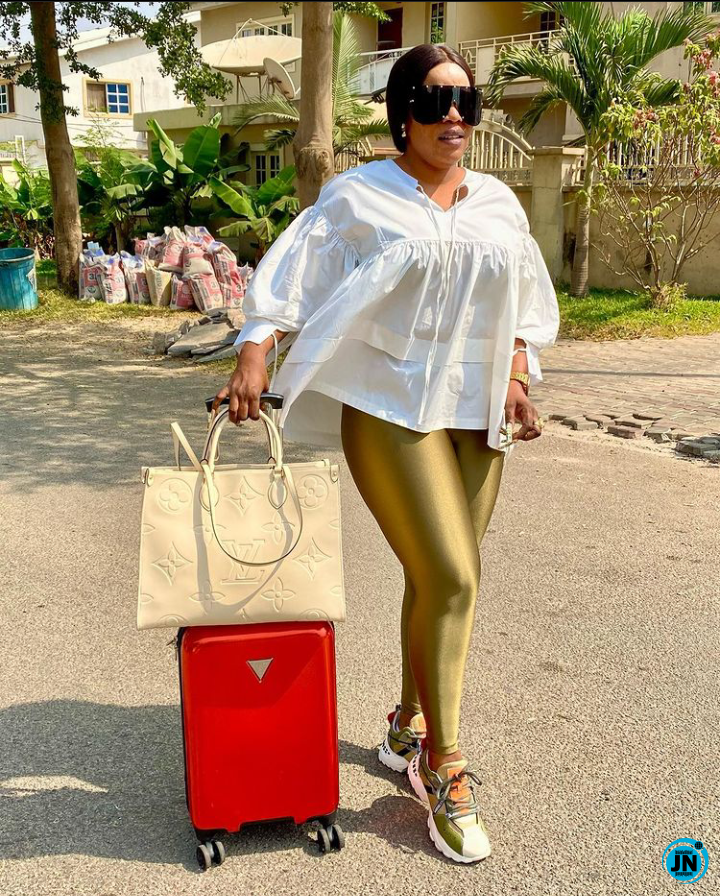 According to the report, the man told Timaya which made him to deny Empress’ pregnancy.

“Did you all know it was Uche Ogbodo that destroyed Timaya and Empress’ relationship?

That time, Uche and Empress were forming besties

So She [Uche] moved in Timaya’s house back then in marwa garden and started dating Wrekoba one of Timaya’ s boys.

So when Empress got pregnant, Uche now told Wrekoba that the pregnancy was not for Timaya. That it was for one sugar daddy that she Uche knew was also seeing Empress.

The guy now told his boss, Timaya and that was how Timaya denied Empress and the pregnancy.

Wrekoba was way younger than Uche o. Maybe he used correct gbenz scatter Uche’s brains that’s why she had to sell out her bestie like that 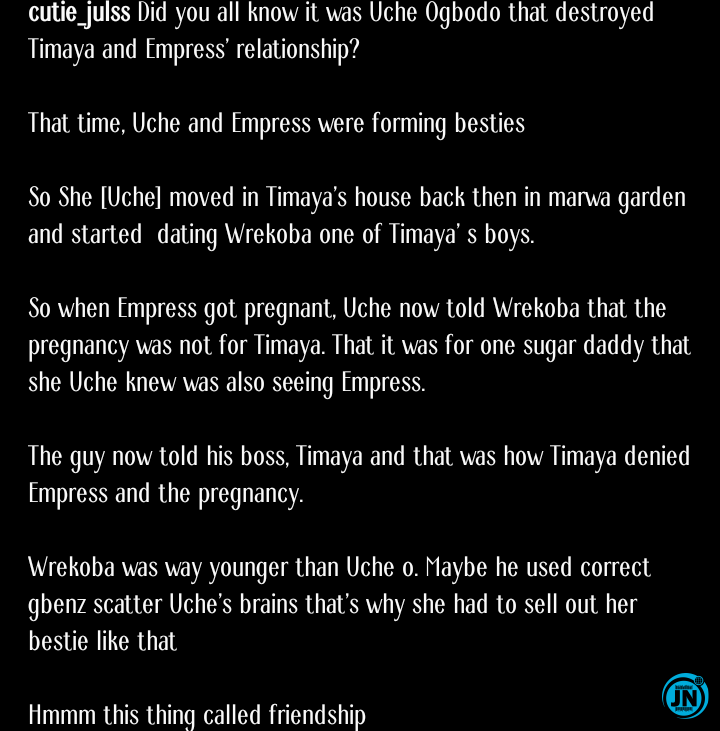