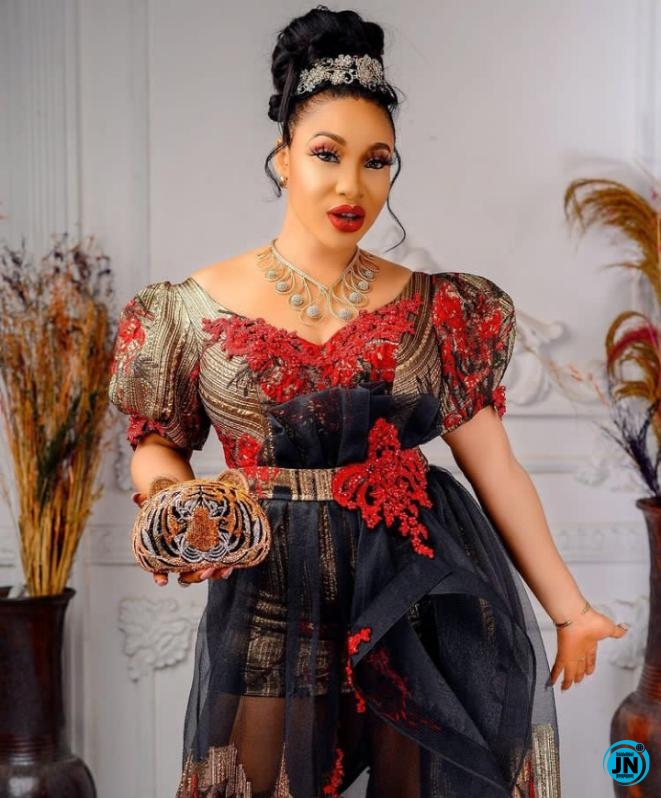 Following a report of Femi Fani Kayode threatening his staff with a hammer, Nollywood actress, Tonto Dikeh has expressed her displeasure over the incident.

From the video which surfaced the internet, there was apparently a misunderstanding between FFK and his staff as he was seen asking questions.

It was also alleged that FFK was with a hammer with which he was threatening the staff in the video.

Reports claimed that the video was filmed by FFK’s wife, Chikwendu Precious as her voice was heard at the end of the video saying that FFK was with hammer but he hid it when the camera caught him.

Tonto Dikeh on her Instagram story, shared a screenshot from the video and referred to FFK as an extraordinary violent man. 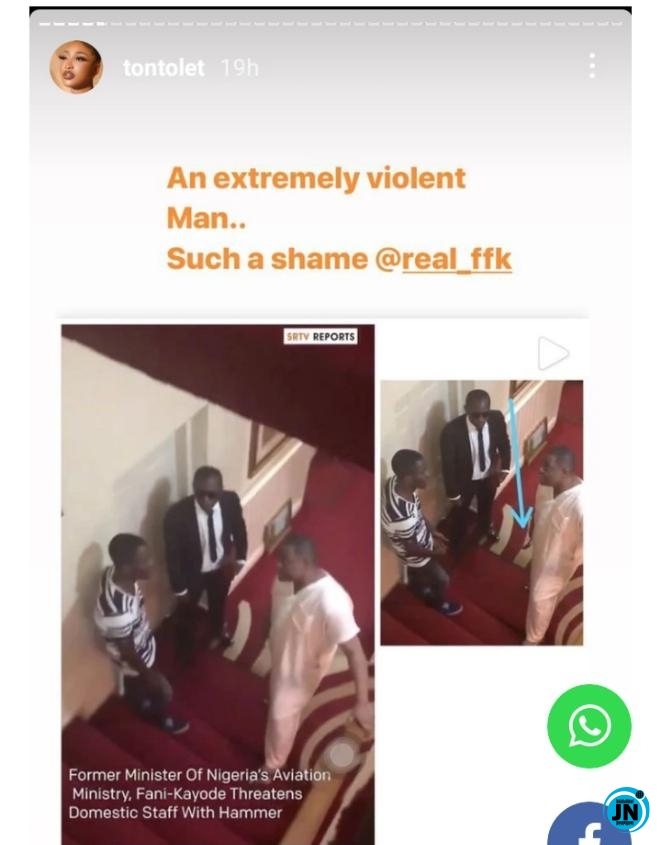 Wow is so beautiful