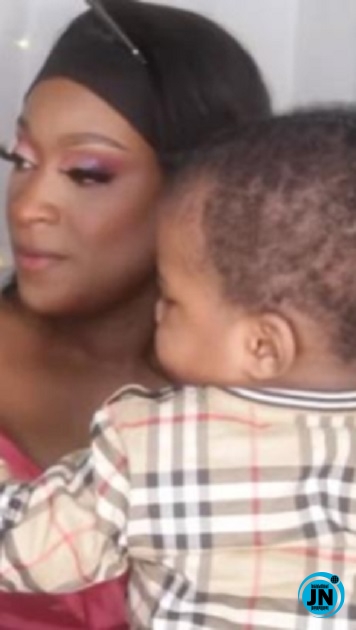 However, netizens have reacted to the video of Dawson, Larissa shared. Many Nigerians pointed out that the little boy looks like his alleged father, Davido, and his second daughter Hailey, who the singer shares with Amanda. 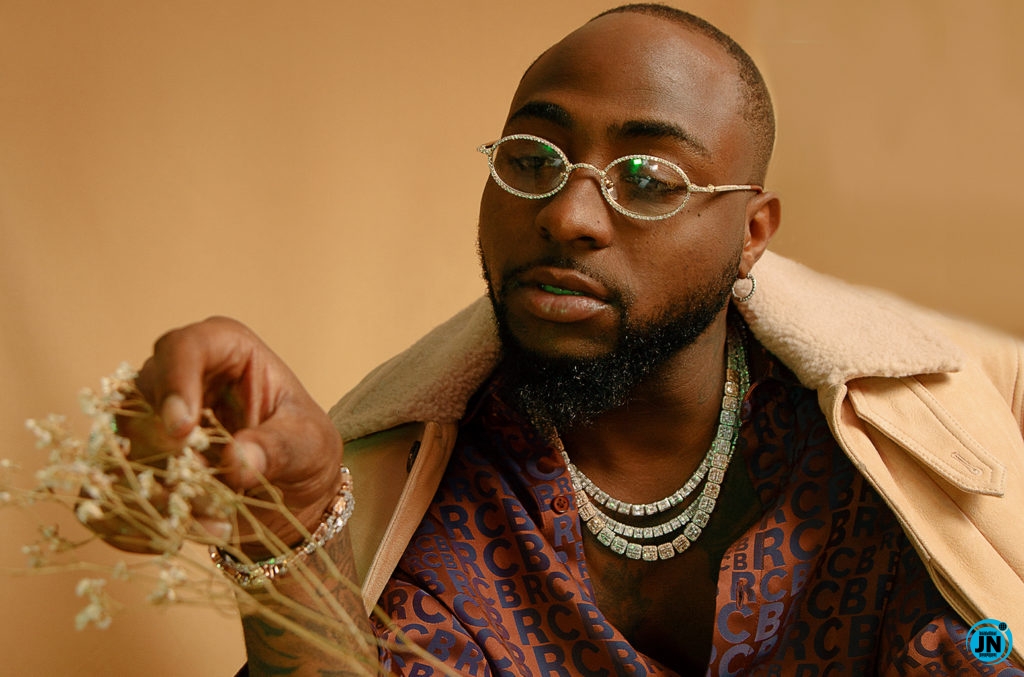 @bibi__blaq wrote, “Omo this one na davido photocopy o nothing wey anybody fit tell me now male I believe😯😀”.

@diva_divine_mo wrote, “Happy bday lil man. The sad sh!t is that he is kept a secret in his fathers life and won’t even celebrate him like he did his other kids!”

See other reactions below, 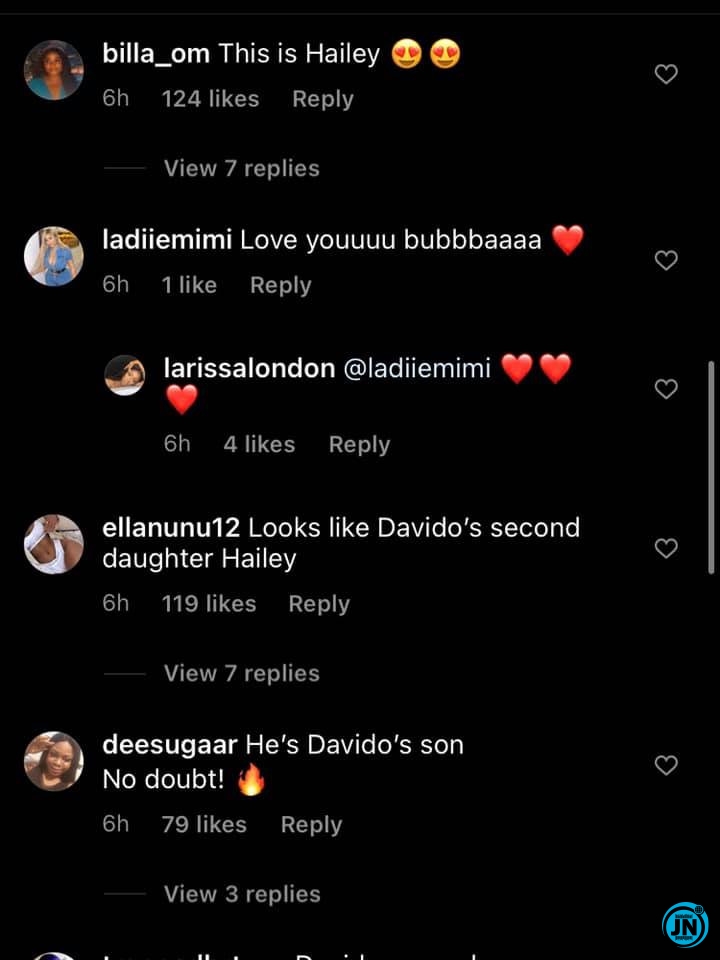 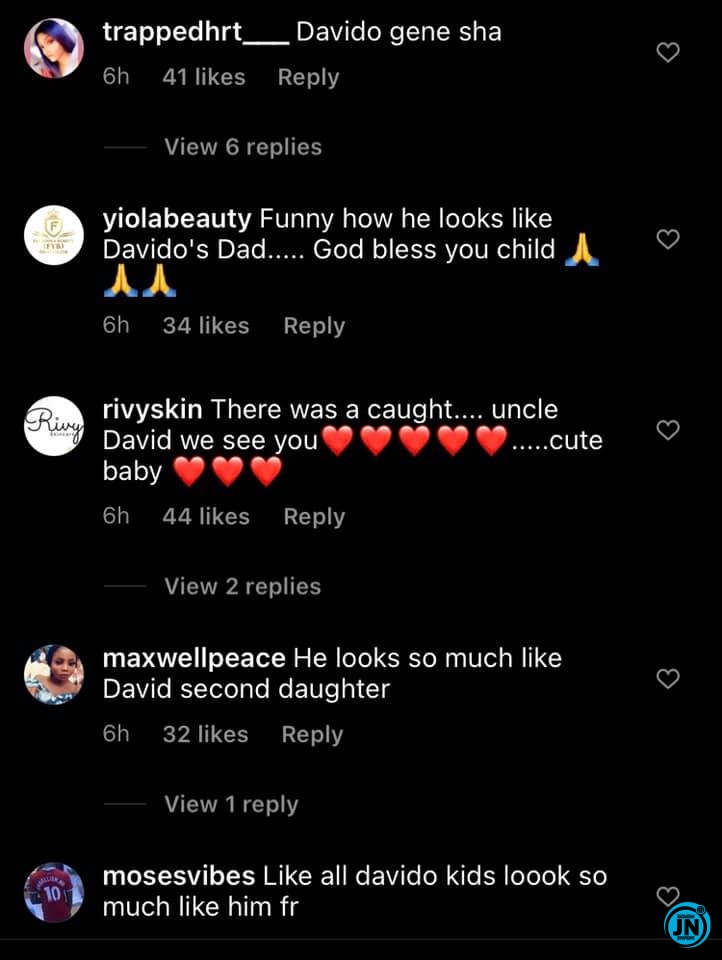 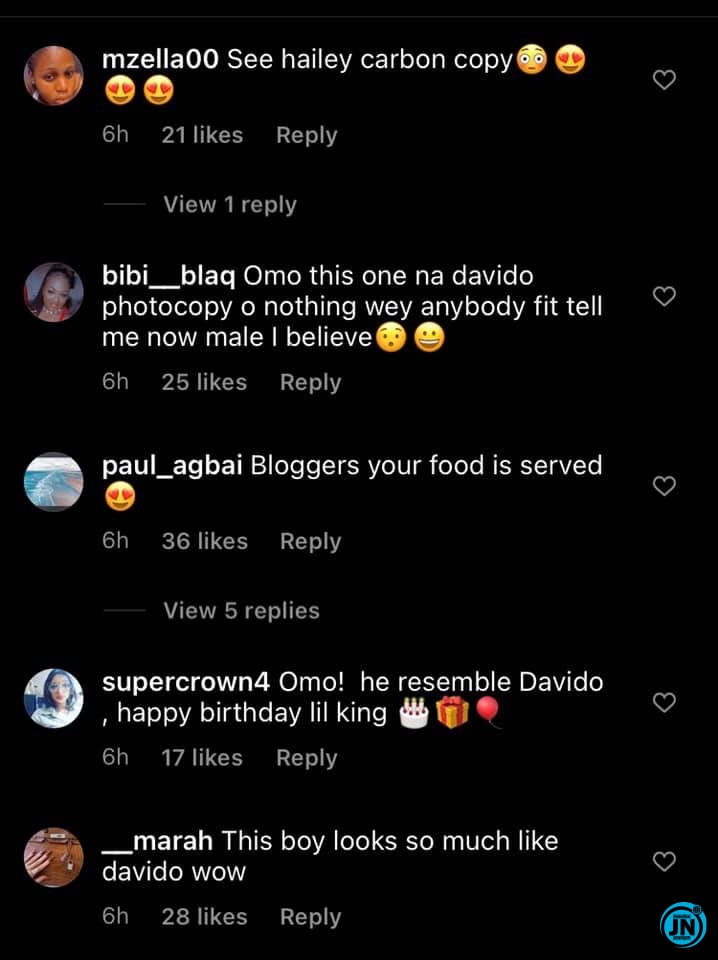 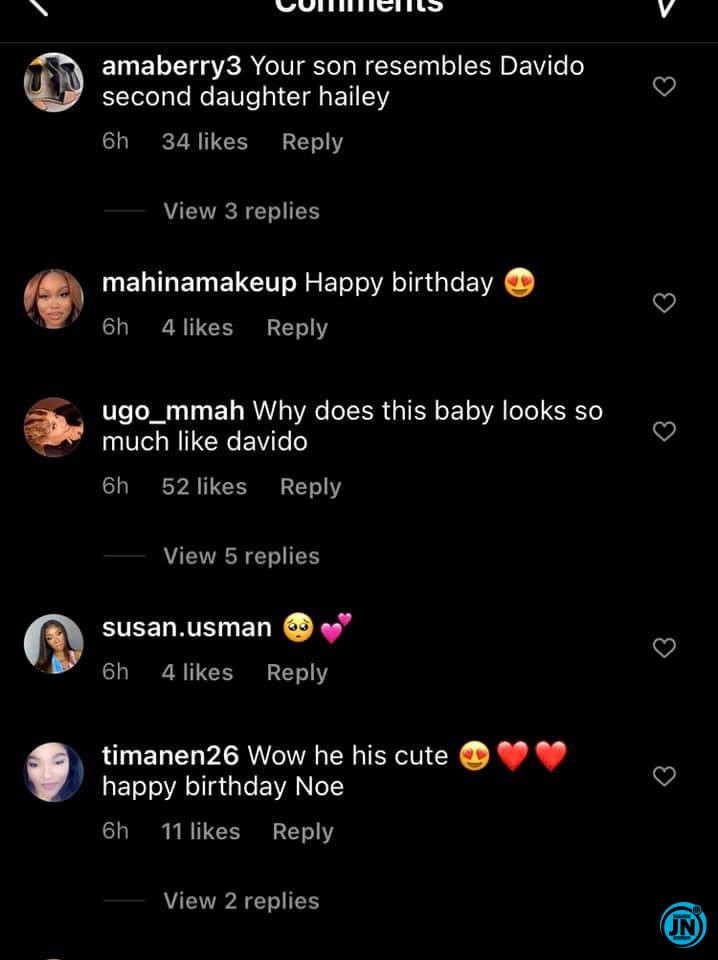 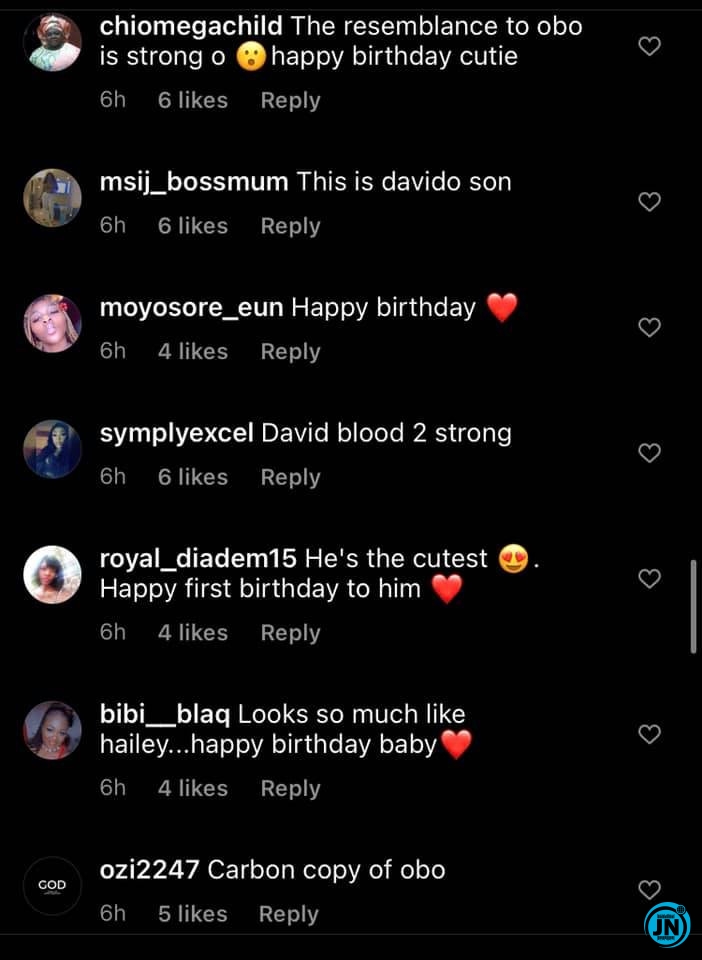 In early 2020, there were gossips that the singer was expecting his fourth child with a make-up artist born and raised in Angola, named Larissa Yasmin Lorenco otherwise known as Larissa London.

Larissa gave birth to her son during the pandemic last year, but neither she nor Davido has publicly reacted to the rumor.

In an Instagram exchange with a fan recently, she disclosed that her son’s name is “Dawson Noe” , a boy’s name of Welsh origin which means “Son of David”. Coincidence or not???

She also revealed that she gave it to him on Mother’s day last year and thanked God that they both made it even though the circumstances weren’t favorable.

Janemena reacts after Tonto Dikeh revealed Kpokpogri has all her s*x tapes
“Only God knows the kind of thing I do…” Wumi Toriola reacts to her alleged cheating scandal
D’banj reacts to ICPC’s N-power fraud allegation
“Her problem is money; if you stop giving it you become enemy” – Mr Ibu’s daughter, Jasmine reacts to second wife’s claims (Video)