Mixed reactions have followed what Senator of the Federal Republic of Nigeria from Imo State West District, Rochas Okorocha said about the just concluded governorship election in Edo State. 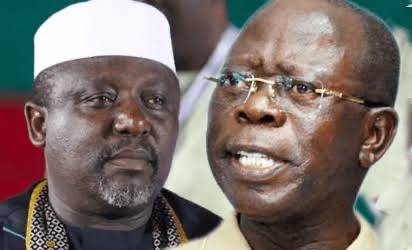 On Sunday, Rochas Okorocha who is a founding member of the All Progressives Congress (APC) congratulated Edo state indigenes for voting the incumbent Godwin Obaseki of the People’s Democratic Party (PDP)

Rochas Okorocha termed this election result that didn’t favor APC as “revolution of the people against injustice”.

He however stated that the only thing still keeping the All Progressives Congress (APC) together is the respect for President, Major General Muhamamadu Buhari (retd.), because he was all the party, APC, had left.

From what he said to journalists in Abuja ahead of his 58th birthday, ‘there was no more APC,’ he did not stop there as he also blamed Adams Oshiomole, who is the party’s former National Chairman for the defeat in Edo State.

Rochas said all Adams Oshiomole was trying to do was to muzzle people to accept a candidate they never wanted.

See what he said in the screenshot below as gotten on Punch NG website:

This however has caused reactions on the streets of Twitter NG as sole have tagged Rochas Okorocha as a ‘snake’ and ‘hypocrite.’

While some also said he is definitely envious of Oshiomole because he wanted to be godfather as well. 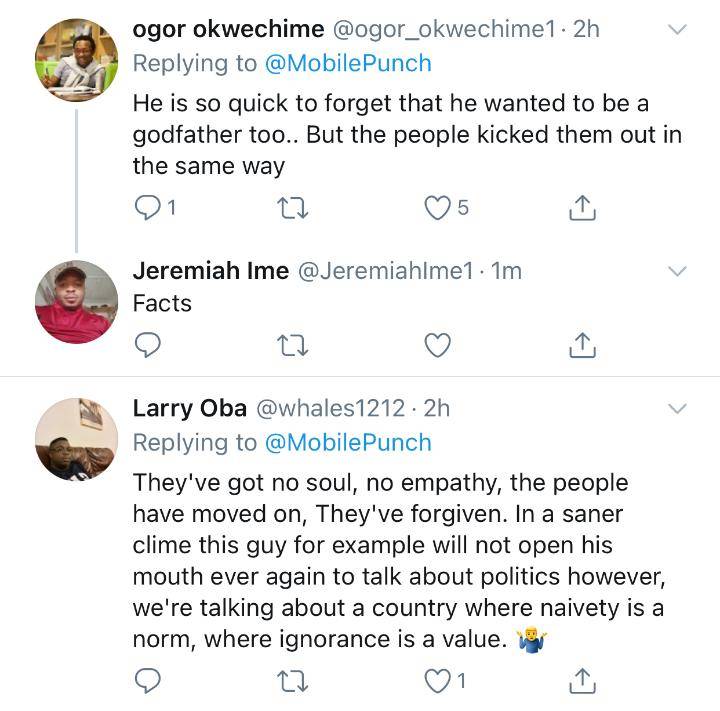 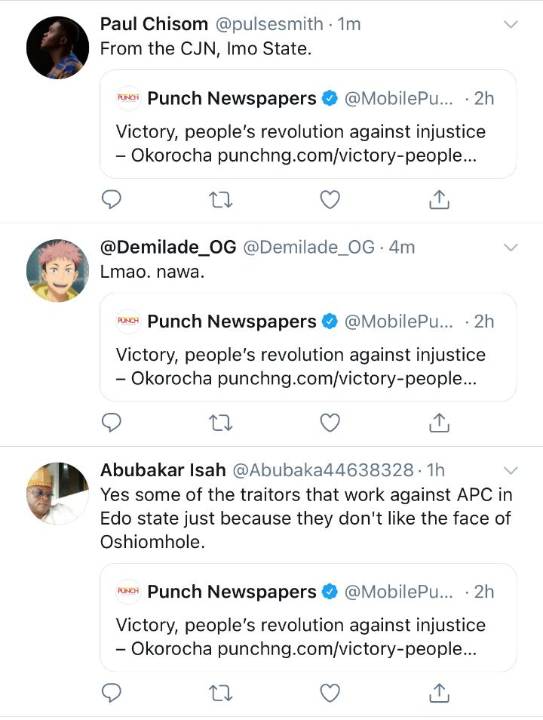 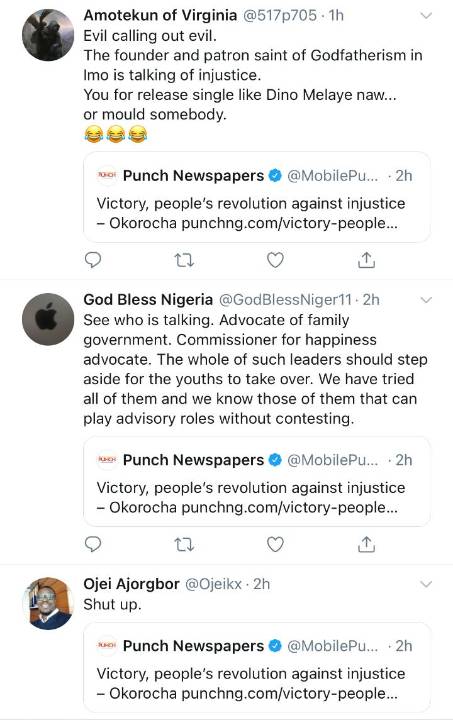 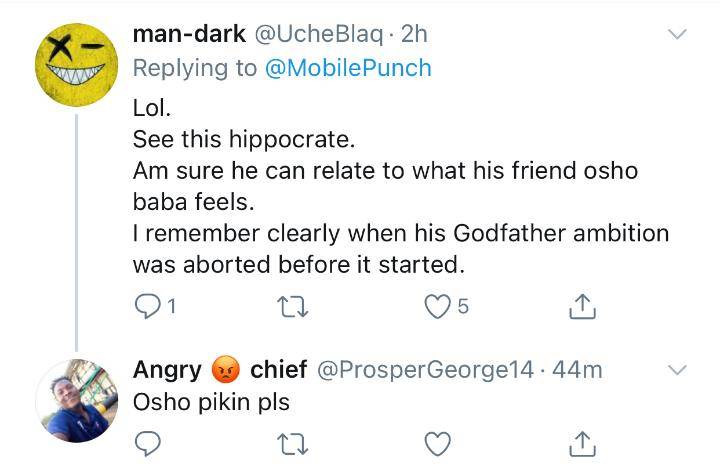