For some time now, Frank Lampard has always come under heated fire from Chelsea fans for ‘over playing’ English player, Mason Mount. 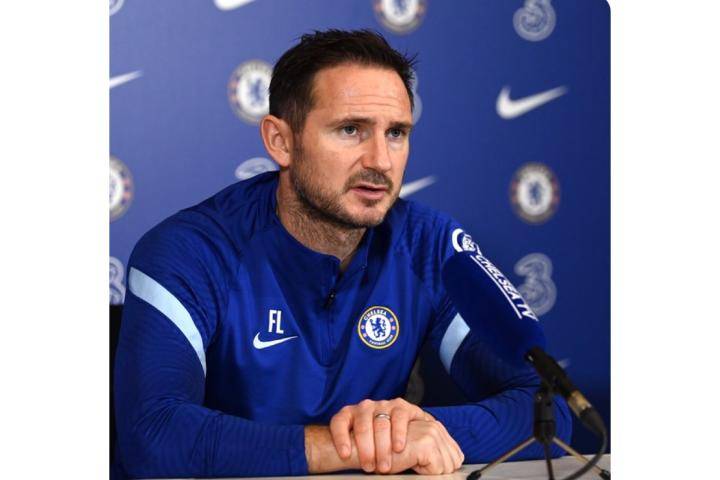 Mason Mount is one player that has featured in majority of games for Chelsea already this season in different positions like right wing, left wing and as a central midfielder.

This does not go down well with some of Chelsea fans as they have tweeted and posted their concerns on their social media pages.

However, on a match conference today ahead of Chelsea Champions League game at Rennes on Tuesday, Frank Lampard spoke on the issue.

Frank Lampard stated that he is judged only on how he trains and how he plays and he is not enjoying any favoritism. 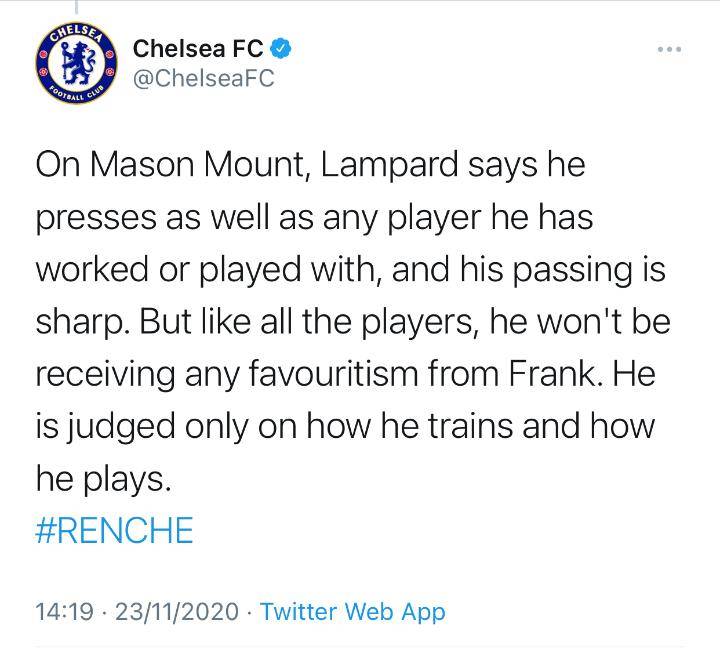 Chelsea fans have however reinstated stating it’s a huge lie from their coach Frank Lampard further stating Mason Mount is getting the favoritism from him. 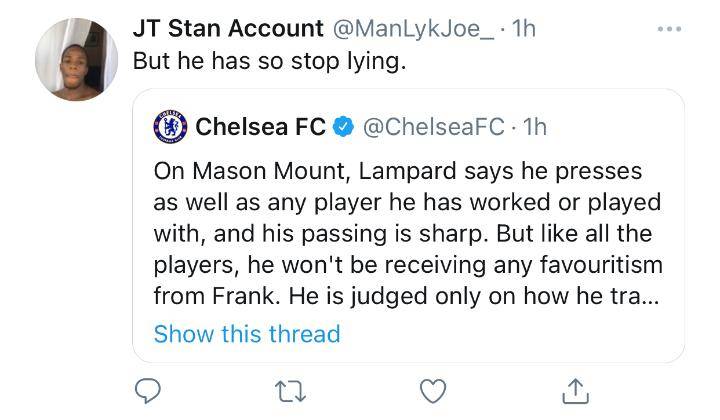 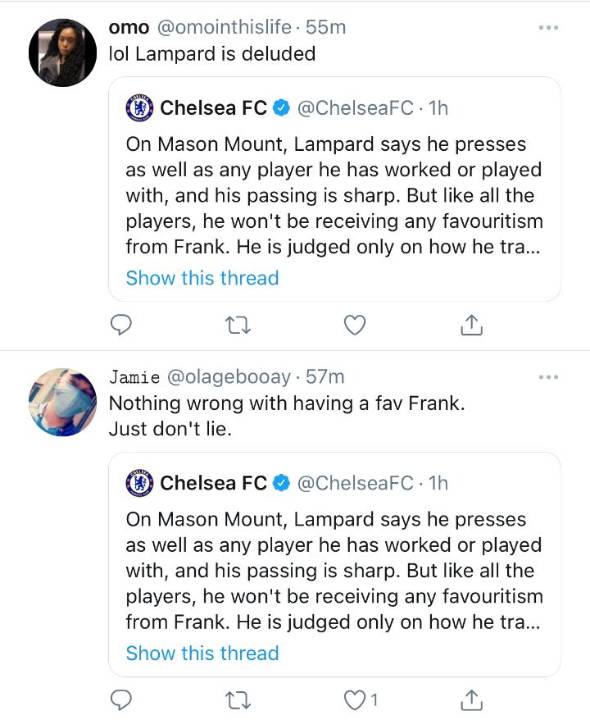 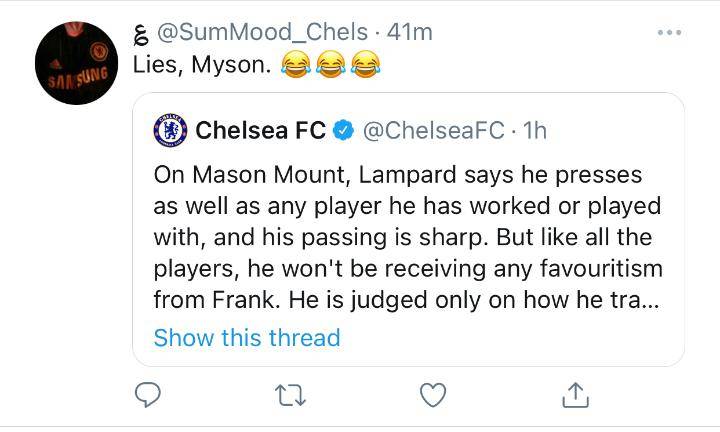