Popular Nigerian artiste, David Adedeji Adeleke popularly known as Davido has once again proven his kind heart towards his fans. 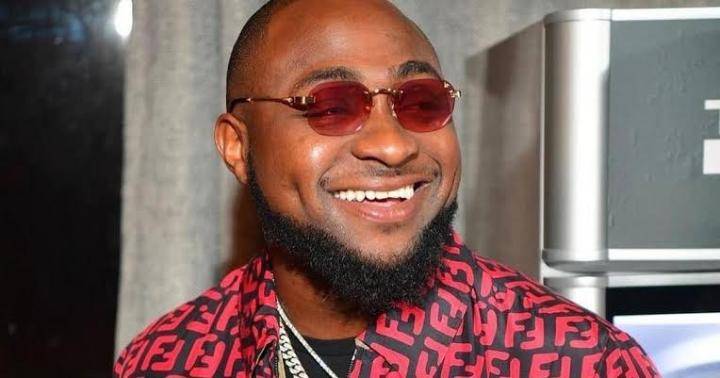 The ‘Assurance’ hit maker who just released his third studio album, ‘A Better Time’ has in his usual practice rewarded a fan who shown his adoration for him.

The said fan is on Twitter with the user ID @dj_peejaay and he just took to his account on the popular social network that Davido just sent him a huge sum.

He said that because of the video he did on Davido’s birthday, he got the sum of 1 million Naira from the music star. 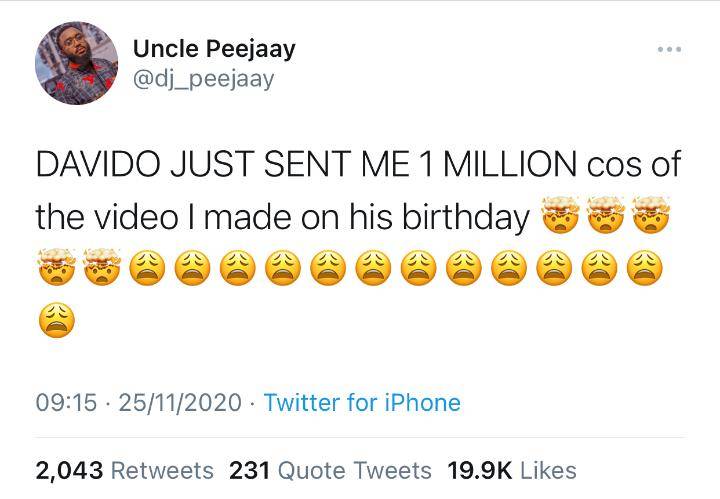 On his birthday, the fan who is a DJ made a video showing how was mixing different songs from Davido to celebrate him and yes he is now rewarded for it.

Peruzzi - D Side
Why I Blocked My Husband On Instagram – Nse Ikpe-Etim (Video)
Shatta Wale Vows to Beat Up Any Ghana Musician Who Releases A Song During This COVID-19 Period
In 2020, My Sexuality Will Be Questioned - Beverly Osu

God will bless him and me too

God will always bless d hands that give, Davido u are a giver and God bless u Amen#Davidototheworld

His so kind which he can help me too