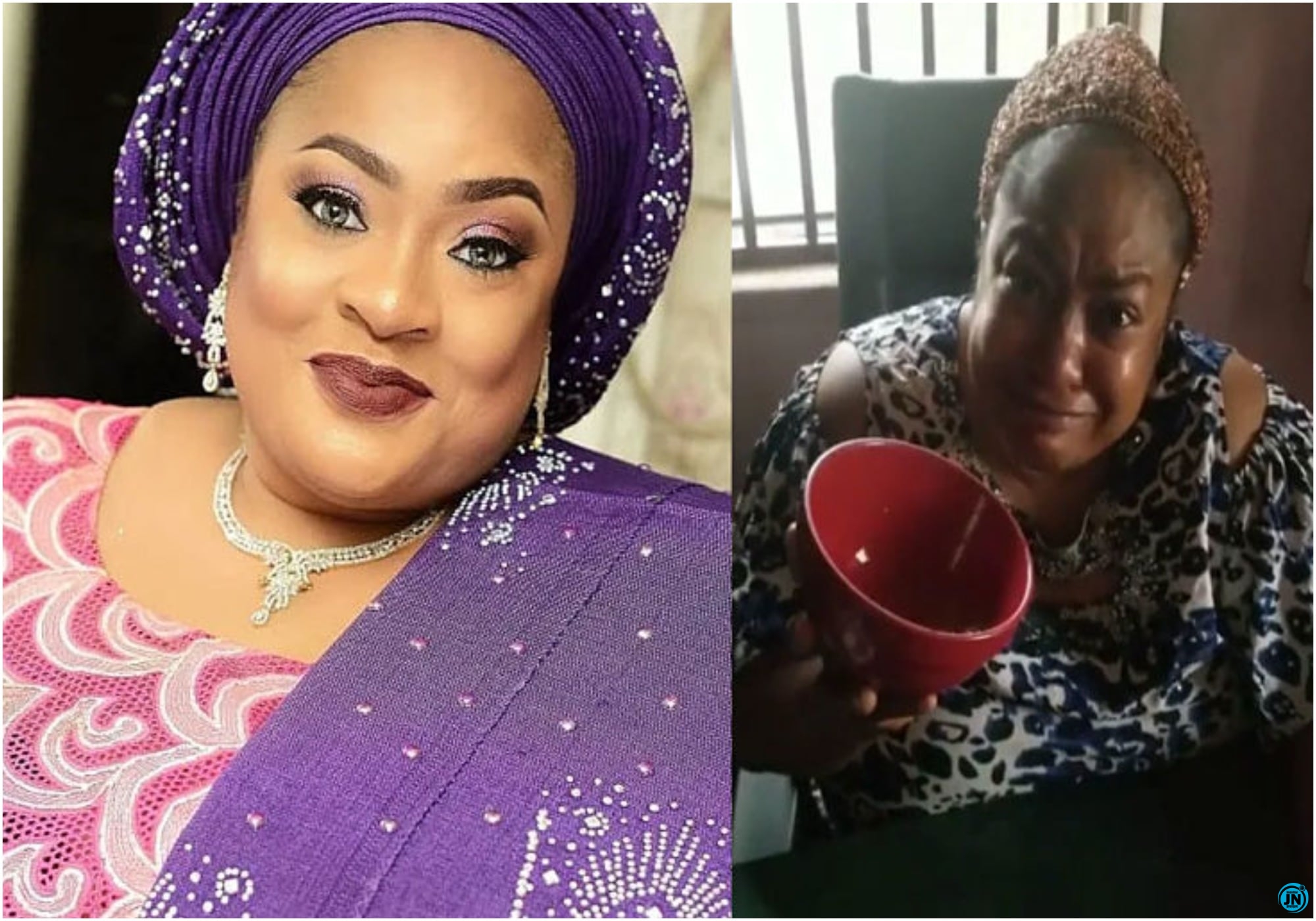 Veteran Nollywood actress Foluke Daramola has cried out over social media hatred and urged trolls to leave her social media page or risk being blocked.

This comes after Foluke Daramola joined her colleagues to support and encourage Tiwa Savage over her leaked sex tape, which surfaced online on Monday 18th October 2021.

Foluke Daramola’s post earned her lots of criticisms and backslash as people tagged her solidarity for Tiwa Savage as fake. Similarly, some questioned how often Foluke Daramola had posted photos of Tiwa Savage on her birthday and other Nigerians who had undergone a similar situation.

Reacting, Foluke Daramola, in a video shared on her Instagram page, lamented bitterly about social media hatred, saying that some netizens derive pleasure in seeing celebrities go through hard times or being depressed.

Foluke Damaola added that people uncomfortable with posts on her social media page should unfollow her or get blocked.

Kemi Filani News recalls that Tiwa Savage, in an interview with New York’s Power 105.1 FM revealed that she’s currently being blackmailed over a sex tape with her current lover.

Tiwa Savage’s shocking revelation left many people with several reactions after they pointed many discrepancies in the interview.

However, the alleged sex tape of Tiwa Savage, which has become a growing sensation, surfaced online on Monday night.

Life No Balance: See Different And Funny Posts From Twitter As #LifeNoBalance Trends (Photos)
Victony reacts after being described as a kid by Omah Lay
#BBNaija: "Lucy Took Her Eviction Like A Boss" – Don Jazzy Reacts To Her Eviction
Bobrisky Drags Nigerians Asking Him To Join The Endsars Protest