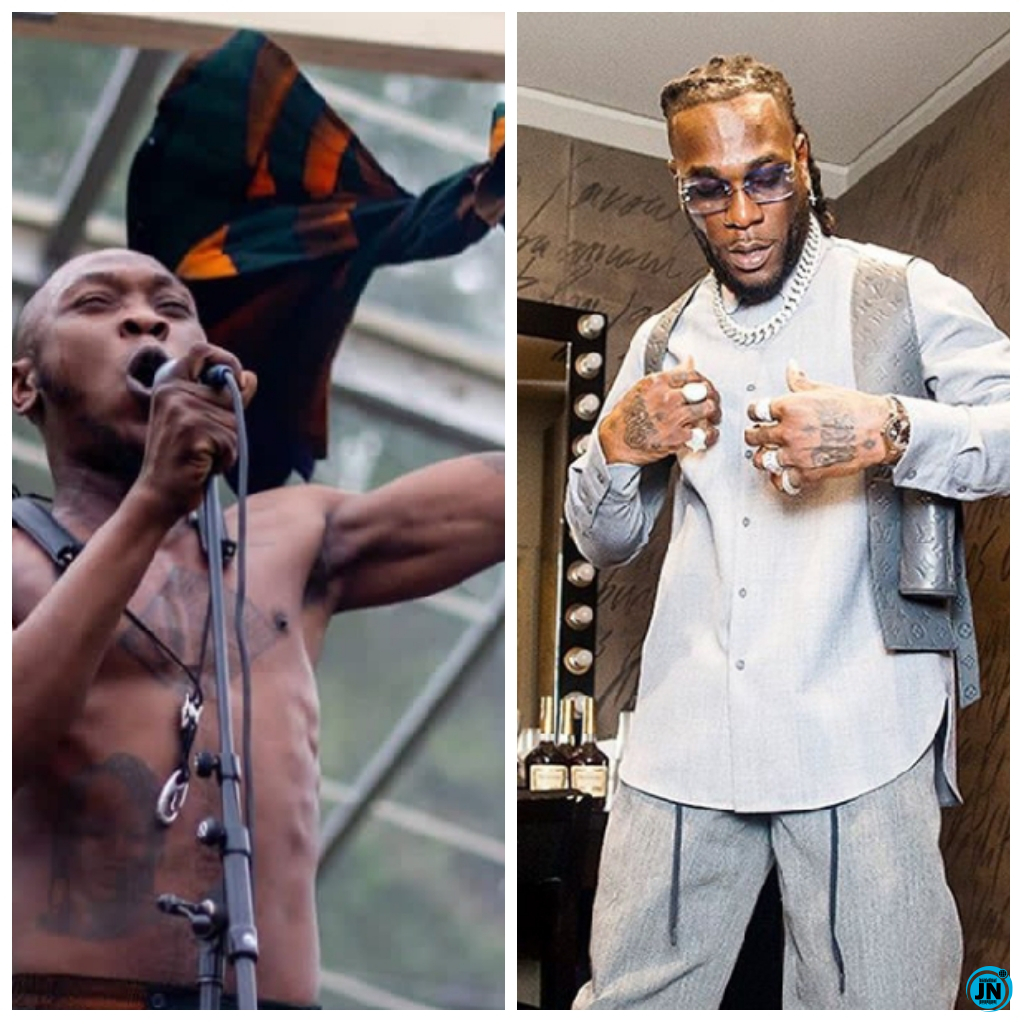 Seun Kuti blast Burna boy, be sincere. Who is better?

Following the completion of the 2020 Grammy nomination awards, Burna Boy alongside his fans felt cheated by missing out on the prestigious price.

This has also lead to an outburst with fellow Seun Kuti giving rise for us to ask;

The outcome of the biggest music showdown has left fan base of the Africa giant pioneer singer throwing digs at organizers and fellow Nigerian entertainers.

Burna Boy has suddenly become outspoken following his dashed hope of becoming the first-ever Nigerian to emerge as a winner since history resulting in a blast back from Seun Kuti.

The Afrobeat singer recently took to his Twitter without mentioning names. He said many Nigerians artists are paying and begging abroad for popularity.

The World's Best Album nominee who lost to Angelique Kidjo in a questionable manner also declared himself as the best Nigerian artist after the iconic Fela. Hahaha...

Meanwhile, Burna boy also claimed personal credit for his rise to prominence without any form of support from fellow artistes or even record labels.

However, there has been a series of reactions following his bragging including Seun Kuti who could not hide his disgust feeling to rest the whole Grammy nomination saga.

Seun Kuti spook about how the academy reached to Burna Boy concerning why his album wasn't sent in, and even after nominations had closed.

While the Grammy Awards 2020 is still being stroke out within the entertainment airwaves, We feel bringing the question of ''Who is better?'' to both fans is cool.

Although, some might think this comparison is unjustifiable because of the masterclass of Burna Boy over Seun Kuti with recent performance.

We see this as a mutual contest between two pioneers of the Afrobeat music genre widely inspired by legendary Fela Kuti.

Please kindly share your thought with the comment box below as we are knee to know who is better.

an hour and 5 minutes ago | Entertainment

an hour and 29 minutes ago

an hour and 26 minutes ago