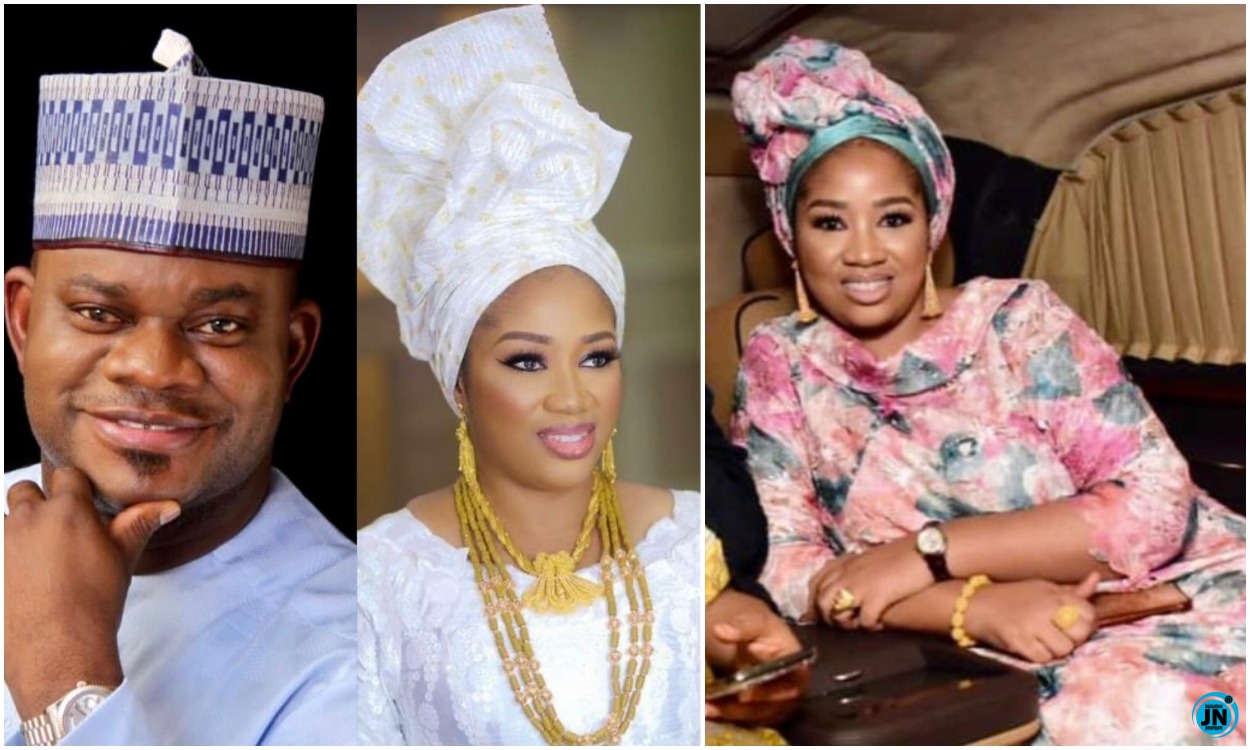 The executive Governor of Kogi State, His Excellency, Governor Yahaya Bello has been alleged to have divorced his third wife, Hafiza.

This was confirmed a few days ago in a remark he made while collecting an award of honor from the National Council of Women Societies (NCWS).

According to reports, Governor Yahaya Bello in the event had appreciated his wives, Hajiya. Barr. Amina Yahaya Bello, and the First Lady HE, Hajiya Rashida Bello but left out Hafiza, which confirmed that he has already divorced her.

However, Governor Yahaya was honored with the award for the Most Gender Sensitive Governor of the Year.

Kemi Filani News recalls Governor of Kogi State, Yahaya Bello, has discouraged the use of COVID-19 vaccine, falsely stating that the jabs are meant to kill people, SaharaReporters gathered. But in a viral video, the Kogi governor condemned the use of the vaccine, saying it is meant to kill people. Speaking while addressing a crowd, Bello doubted the authenticity of the vaccine, saying there is no cure for HIV and many other diseases troubling mankind.“Vaccines are being produced in less than one year of COVID-19. There is no vaccine yet for HIV, malaria, cancer, headache and for several other diseases that are killing us. They want to use the (COVID-19) vaccines to introduce the disease that will kill you and us. God forbid,” he said.2h