Governor Sanwo-Olu of Lagos State replied savagely to a lady who asked him to summarize President Buhari's speech to make sense of it. 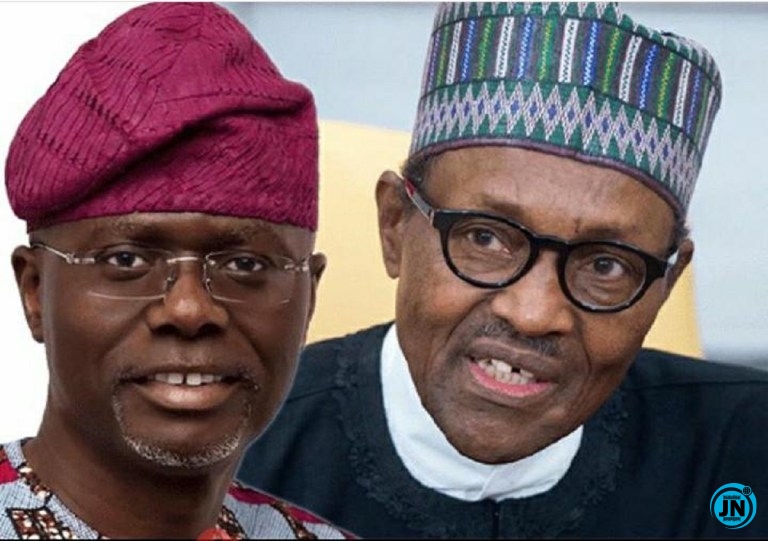 After calling him to address the nation, most people do not seem to get the essence of the president's speech, but have failed to address the most important issue, the shooting of the Lekki tollgate.

Responding savagely to the woman, Governor Sanwo-Olu said he could not summarize the President's speech to her, suggesting that he did not understand what the President said in his address.

Netizens responding to his statement make fun of him saying that even he can not sum up the speech for his people to understand how much more they can be a governor. 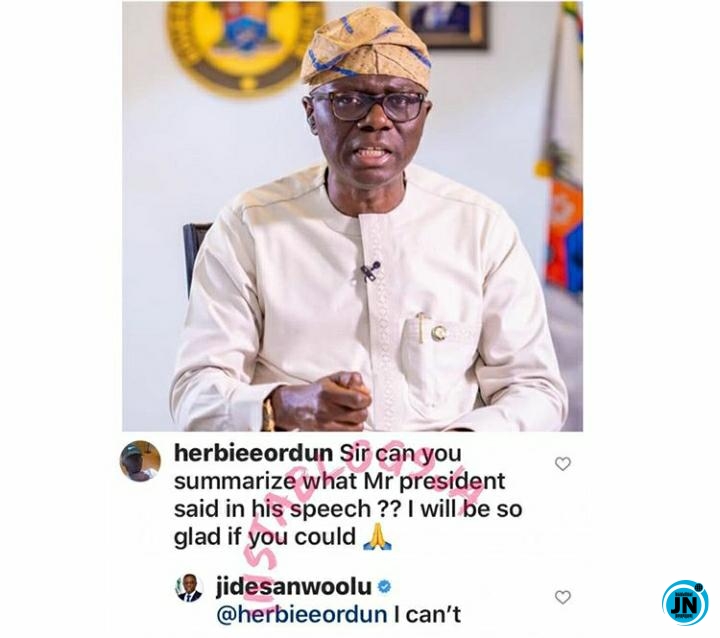 Gov. Sanwo-Olu Savagely Replies A Lady Who Asked Him To Summarize Pres. Buhari’s Speech (Photo)
See How Iyabo Ojo’s Daughter Replied Instagram User Who Asked If She Was Gay
Susan Peters Defends Herself, Saying She Never Asked Ladies To Marry Two Husbands
“In your dreams, idiot” – Davido blasts lady who called out Chioma and asked her to get him out of her DM (Video)