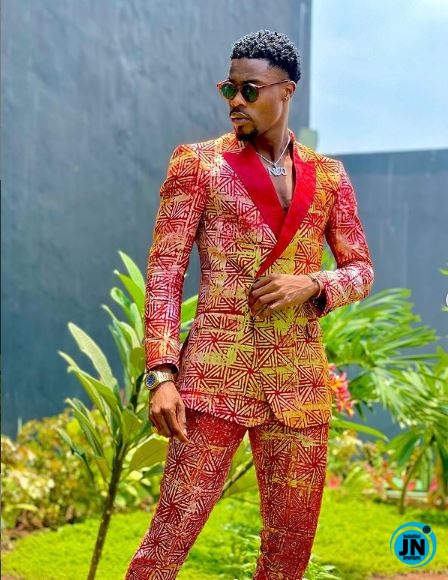 Reality star, Emuobonuvie Neo Akpofure, popularly known as Neo, takes to Twitter to lash out heavily at a troll who told him to heed Venita’s advice and start planning on how to make money for himself.

Recall that Venita Akpofure (his cousin) had advised him to step up his game and start thinking up ways to start making money rather than being got in the web of love with Vee.

Venita disliked the fact that Neo has found it difficult to think about working ever since he got into a relationship with Vee.

Replying to Neo’s tweet and restating what Venita said, a netizen wrote:

You still don’t understand what Venita is saying abi?”

In response to this, Neo wrote:

“First of all, f*ck you and what you have heard… I’m happy, my family is happy. Go and chop stone.” 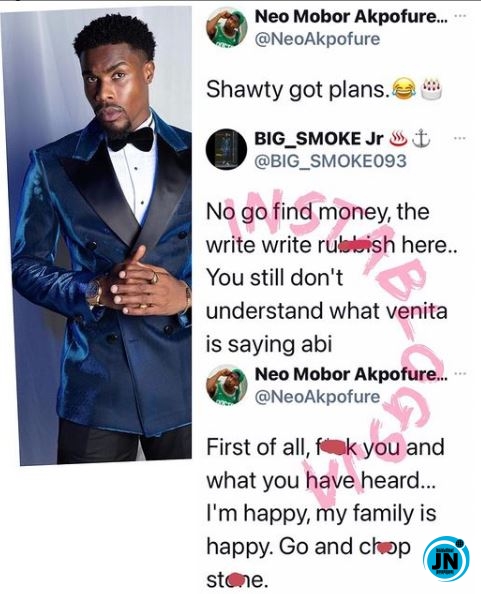 Christians are members of Boko Haram – Zulum, FFK replies
Reno Omokri replies man who asked him to open up that he’s crushing on Genevieve Nnaji
Tonto Dikeh Can't Get Over Churchill - Twitter User Says, See Replies He Got
“That is so sweet of you” – Reno Omokri’s wife replies fan who called her husband ‘my crush’