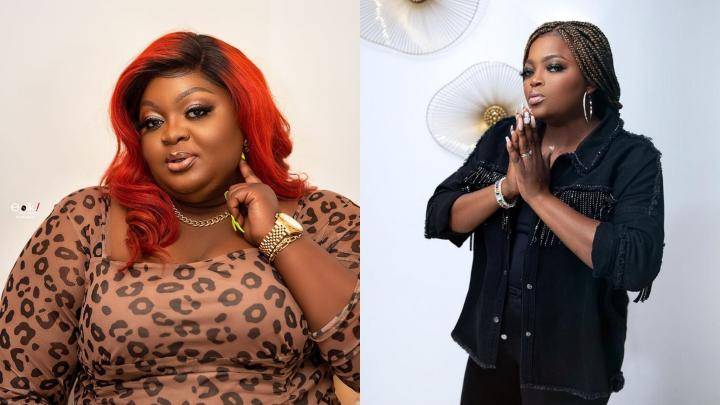 Nollywood actresses, Eniola Badmus and Funke Akindele are in the headlines again.

The duo were seen in a clip playing like kids in a Dubai hotel as they're currently shooting a new movie in the beautiful city.

While resting at a hotel, the Eniola Badmus playfully got into trouble with mother of twin boys, Funke Akindele.

On her Instagram page, Eniola shared a video from the scene showing her teasing Funke that is seen on a bed.

Funke replies with a smile on her face. “Stop it, Eniola. You are getting on my nerves.”

Then she picks up a plastic bottle, and jokingly throws it at Eniola.

After some time, the two were apparently not discussing terms. Rumors of a strained relationship between them have also been heightened by Funke's absence at last year's Eniola birthday party.

In 2008, after she featured in the film Jenifa, the plus-sized actress came to the top. She also appeared in Omo Ghetto by Funke.

an hour and 23 minutes ago