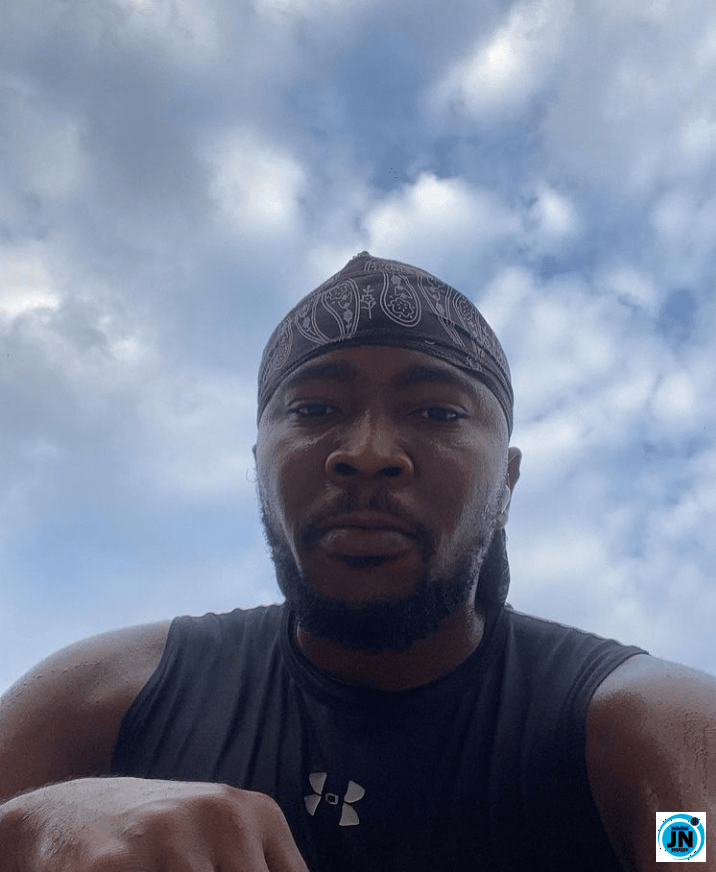 Just after the BBC documentary on Nigeria’s most notorious secret cult group, Black Axe confraternity, a music journalist, Joey Akan has narrated his experience with music artiste, Zlatan Ibile, who is suspected to be a member of the aforementioned cult group.

This was revealed after a Twitter user called out music journalists for acting cowardly to publish an article on musicians who use cultism references, mainly from Black Axe in a majority of their songs.

Coming across such a statement, the music journalist revealed a little detail about how he was hunted with a gun, around Lagos axis for making such a move.

“The small one wey I been do before, they begin dey hunt me around Lagos with a gun. I’m too old for this smoke.” 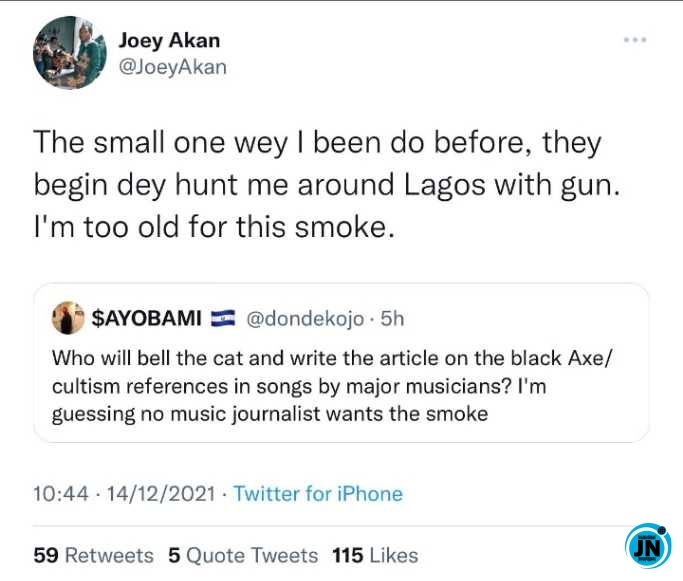 In further narration to his story, another Twitter user alleged that music star, Zlatan wanted to put a ‘Black Axe hit’ on Joey, but was stopped by fellow popular singer, Davido.

“Zlatan that wanted to put a black axe hit on Joey. Na Davido tell am make e fashi the level. No be sey hit as per kill o. but the mending for bad”

“These people no know wetin I don see” 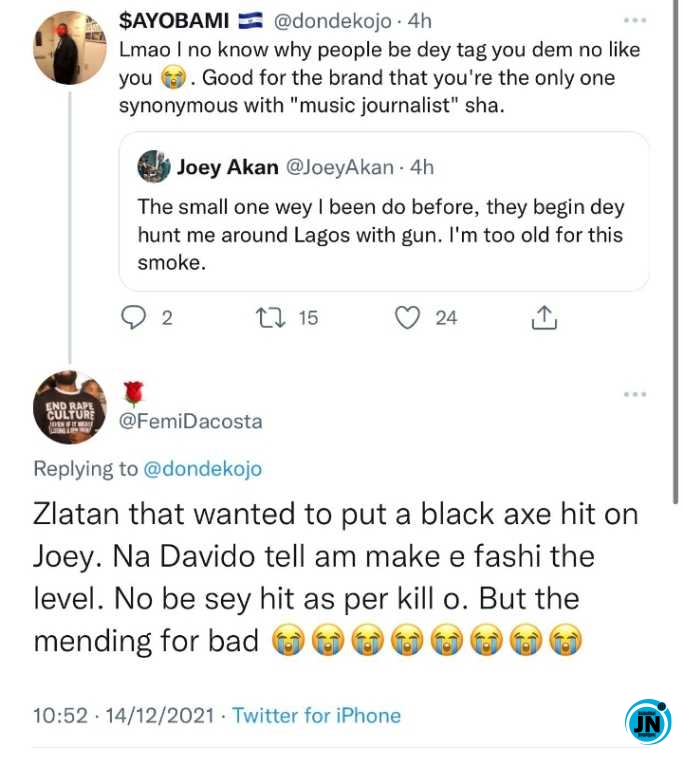 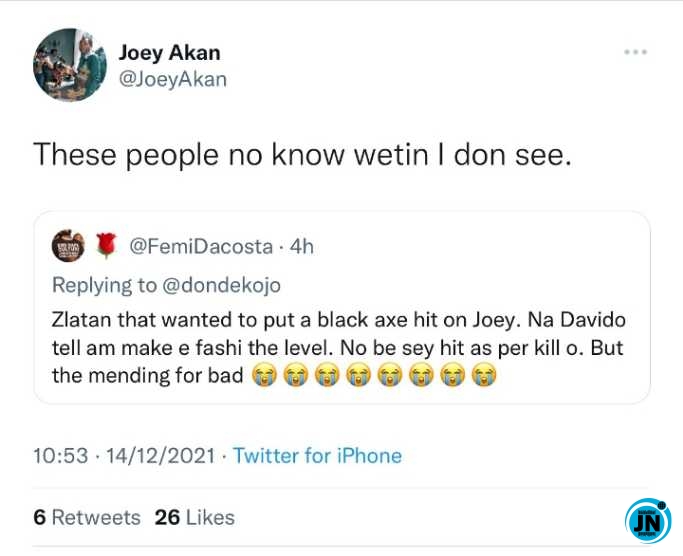 Father of Dowen college student, Sylvester Oromoni, narrates graphic details of how his son was tortured by alleged bullies and the trauma he suffered before he died (Video)
‘The most foolish statement’ Nigerians react to Actor Yemi Solade’s insensitive comment on the Twitter ban
“Why I performed with a mask on my first show” – Rema reveals mystery behind his facial mask
Nigerians react to update on Sylvester Oromoni’s case