Fireboy DML, a Nigerian amazing singer, songwriter, and performer, has achieved a big milestone with the remix of his mega single "Peru" on Apple Music's global streaming platform. 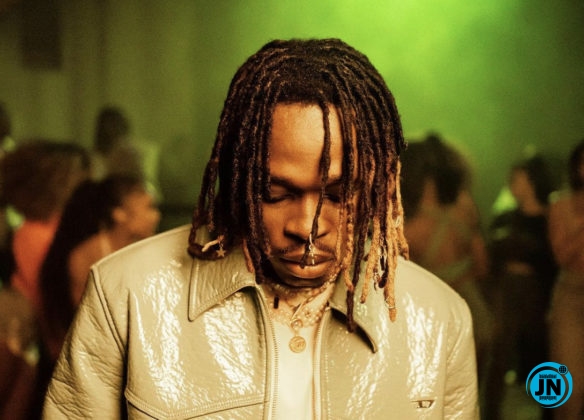 The Afrobeats star, who recently released the remix for 'Peru,' which features Grammy Award-winning vocalist Ed Sheeran, is already making waves with his decision to include the UK act.

The official video for the song has surpassed 5 million views, and it gets better: the song has now surpassed Adele's 'Easy on Me,' Mariah Carey's 'All I Want for Christmas is You,' and a slew of other songs to become the number one song on Apple Music's Top 25 Songs in London.

Surprisingly, the song's original version, which was leaked as a freestyle, also charted, at number 15, comfortably. In addition, the remix charted in the top ten of the UK's top 100. 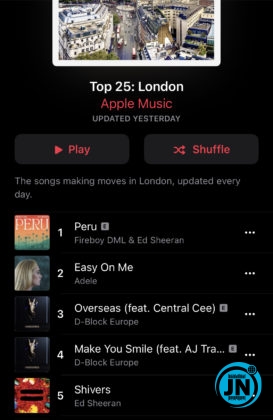 ‘See Our Wife’ - See Reactions As Olamide’s Fiancée Shares New Photos
Mercy Eke Reveals The Real Reason Why She Blocked Tacha On All Social Media
“why Is He Laughing?” – Nigerians React To Pmb Laughing As Gov. Sanwo-olu Presented Demands Of #endsars Protesters To Him
Groom finds out his Bride has four grown-up kids on their wedding day and this happens…