Finally, See What Chioma Did On Instagram That Confirmed She Is No Longer With Davido
Posted by

As at long last, after a lengthy debate on whether she was still with famous Nigerian musician, Davido, Chioma has finally showed the truth to everyone. 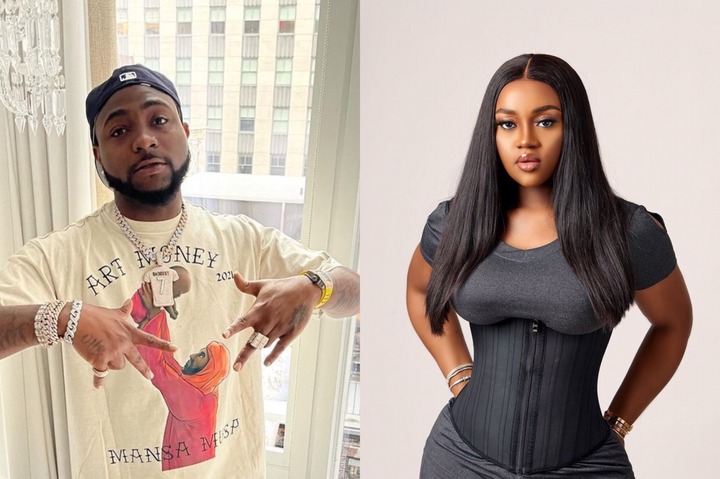 In recent weeks, the stories of the relationship of Davido and Chioma have been on every blog and everyone is talking about it.

Davido in recent weeks have been seen with another lady a certain lady who is the ex of popular American rapper, Yung MA.

However, Chioma has made the whole story clear now as she has taken on her Instagram account t make some changes.

A quick check on her Instagram page has shown that the had already deleted all pictures that has Davido in it Off her account.

Here is a screenshot of how her Instagram profile looks likes: 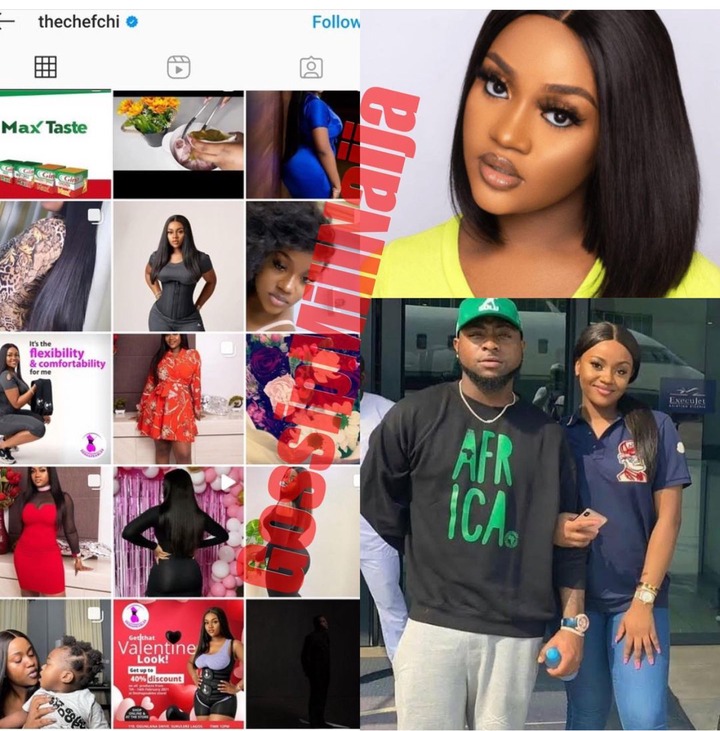 Check out some reactions that followed this below: 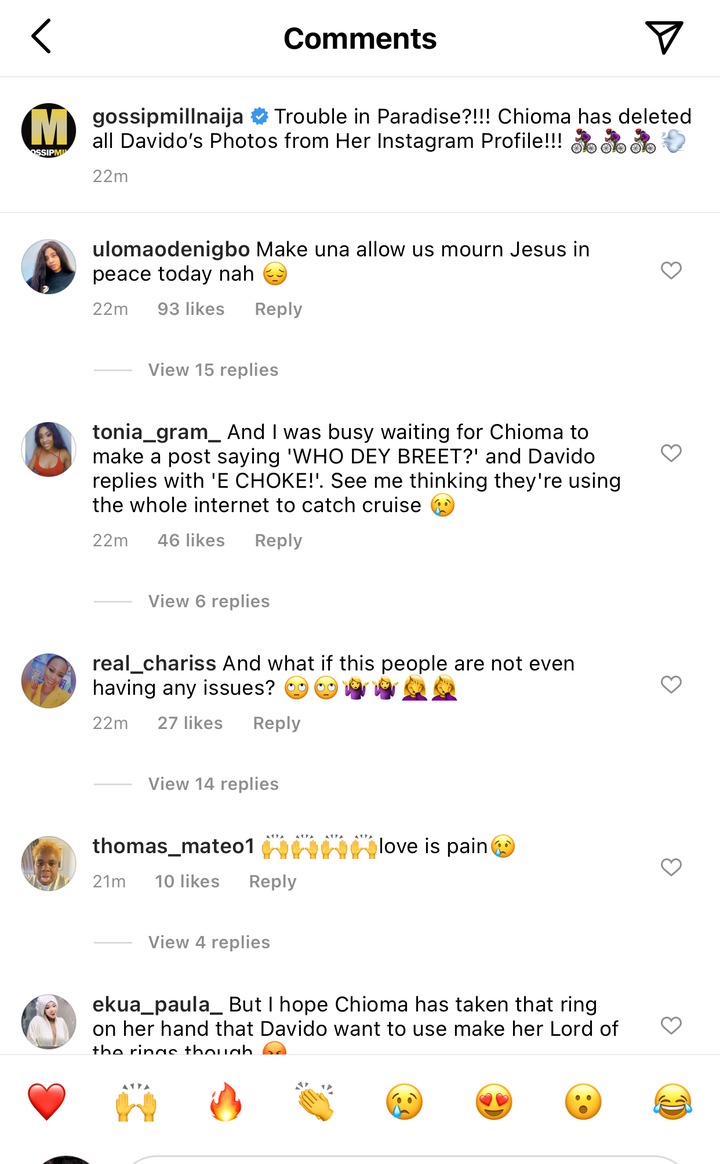 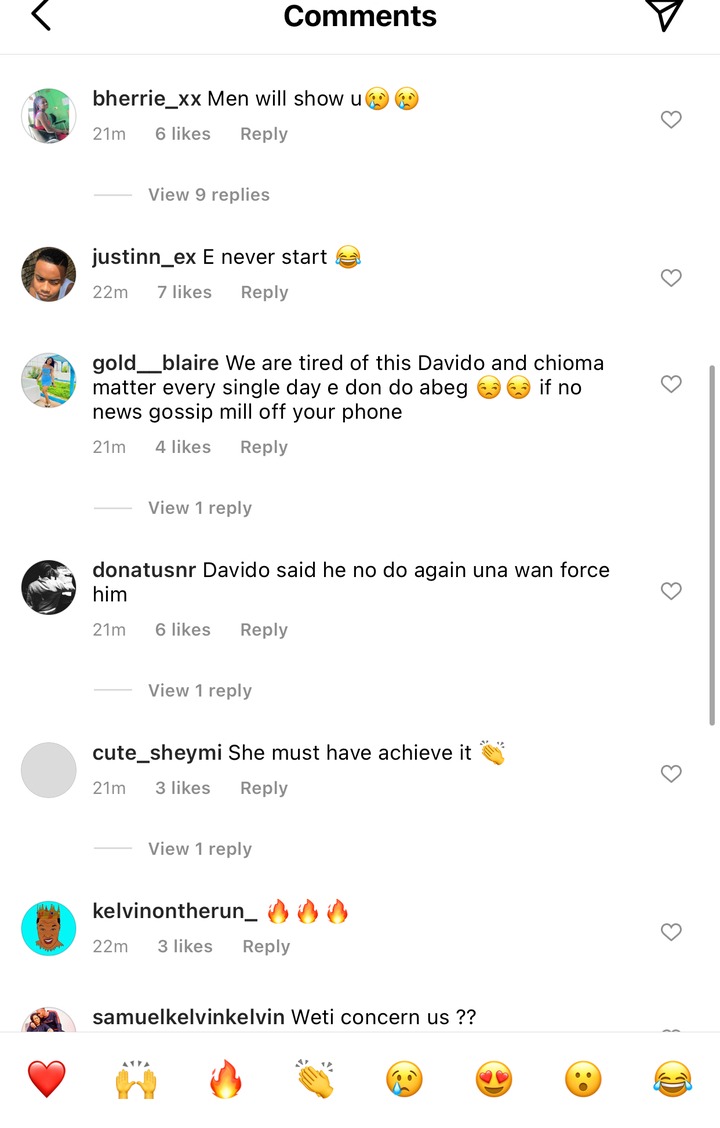 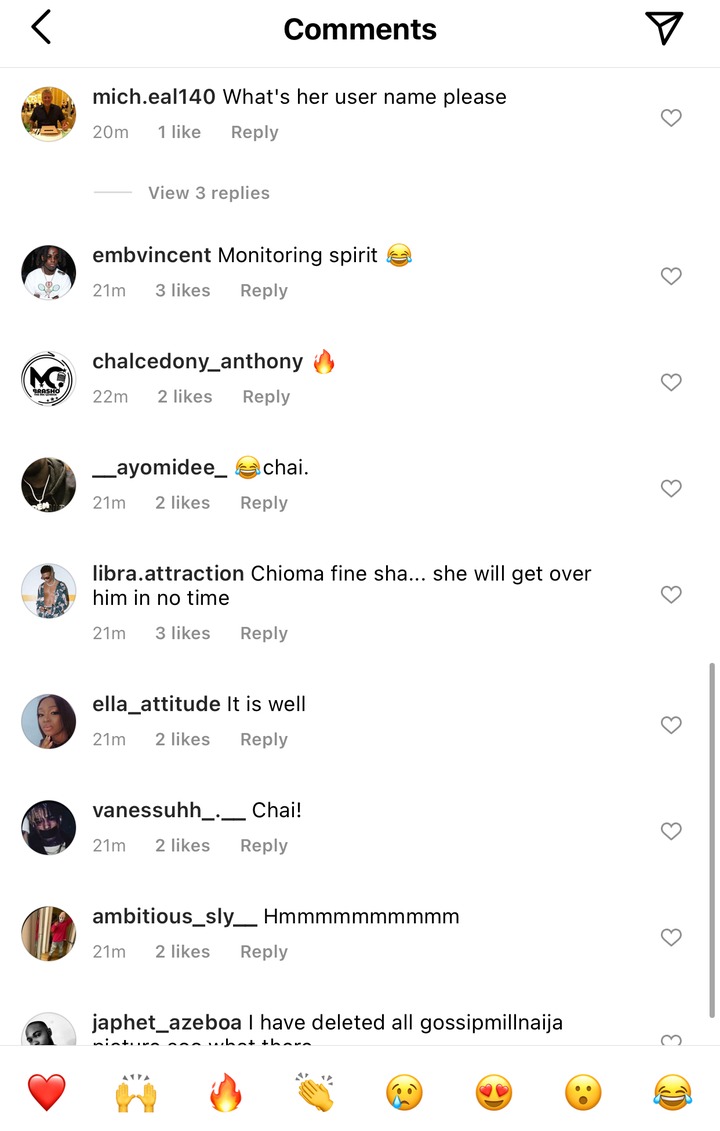 Chioma ever since stories of their break up hit the internet is yet to say a single word about the whole thing but this action says a lot.

“Me And My Mother” - See The Beautiful Gift Chioma Gave Davido On His 28th Birthday Today (Photo)
Actress Chioma Chukwuka Akpota, Reacts After She Was Mistaken For Davido’s Fiancee Who Recovered From COVID-19
Watch: This Trending Video Confirms Chioma And Davido Are No Longer On Good Terms
‘You murder the movie’ – Nigerians hail Chioma Akpotha as she shows off crazy dance style to celebrate Omo Ghetto’s N500 Million Box Office record

Just let them be. It their private life, We should all learne to mind our business