Fave, a Nigerian singer, is Apple Music's first Africa Rising cover artist this year, and she discussed her approach behind her debut EP, Riddim 5, in an interview. 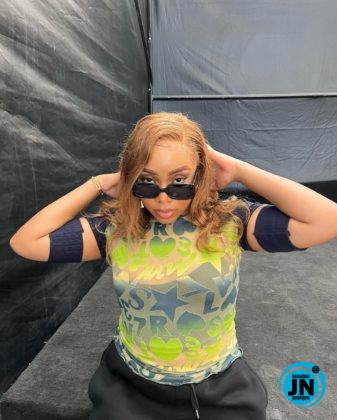 Fave was featured as the first Apple Music Africa Rising cover star for the year 2022, and she talked about her career thus far and her debut EP. On Thursday, January 27th, 2022, the interview was broadcast on Apple Music.

Fave decided to beautify her catalog and start the new year with a body of work earlier this month, riding high on the success of her smash tune "Baby Riddim." Riddim 5, her eagerly anticipated debut EP, was released.

FAVE is known for having several tracks without features, and the new album is no exception. Obsessed, S.M.K, Kilotufe, Mr Man, and, of course, Baby Riddim are among the five fantastic tracks on the Riddim 5 EP.

As part of her cover star feature on Apple Music's Africa Rising profile, Fave was interviewed by Daneska. She discussed the process of creating her new album and stated that she did not have any features on Riddim 5 since she was satisfied with the way the songs already sounded.