Popular Nigerian reality star and actress, Erica Nlewedim has mesmerized her fans this afternoon with a photo of her own mother. 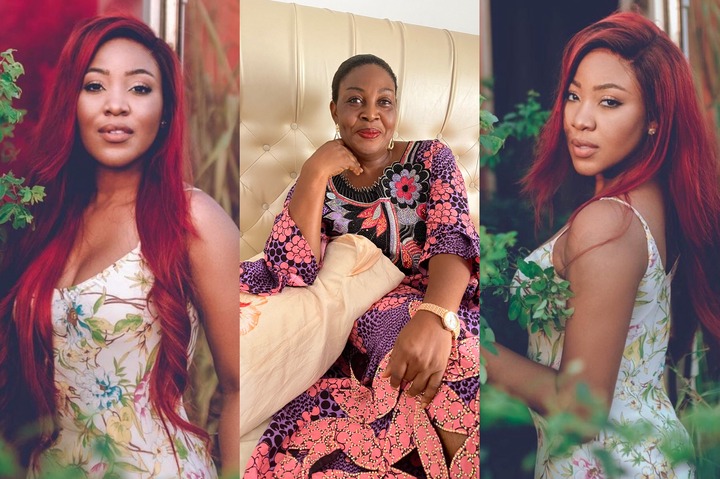 The reality star took to popular microblogging platform, Twitter to share a photo of her mother and her caption connects with her fans.

She posted the picture and captioned it with, “Poser ✨ queen mother of the elites.” 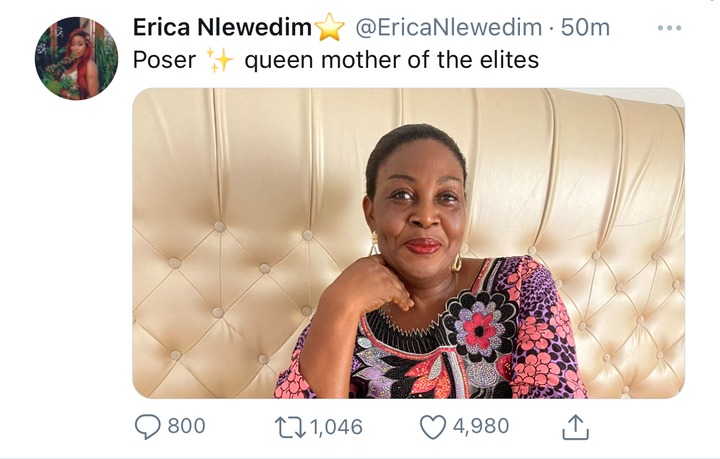 The caption connects more with her fans because it is known of the social media space that the name of Erica fans is Elites.

In the photo, Erica mother could be seen rocking an Ankara outfit with little and peng jewelries to complement the dress.

See the full photo of Erica’s mother below: 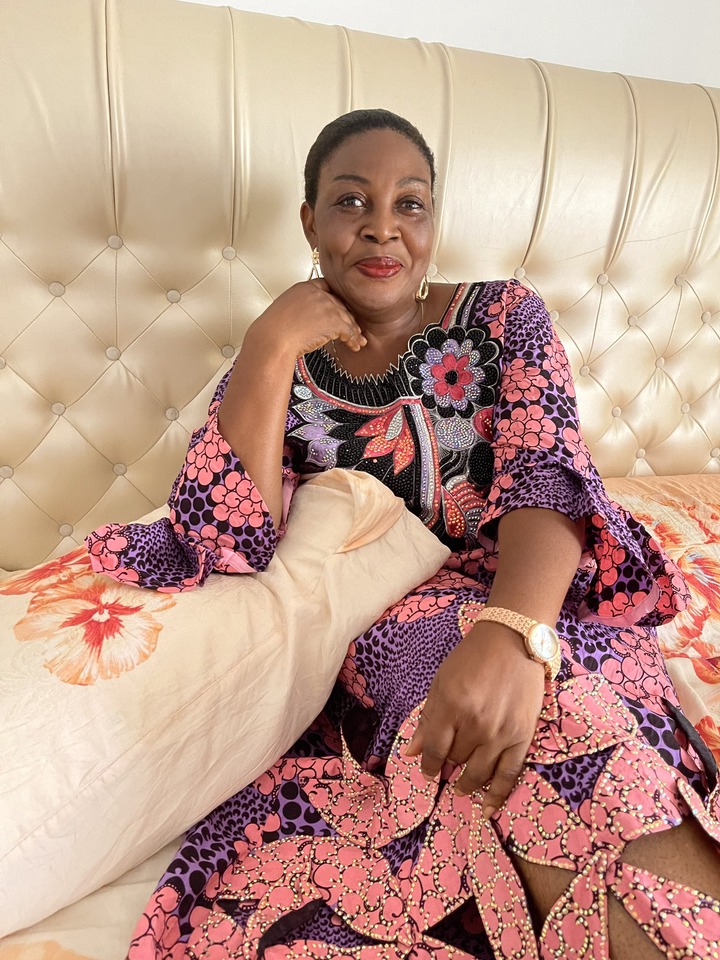 Her fans have taken to the comment section of the post to heap praises on her mother further stating that she got the beauty she has from her mother.

“Wow! Awwww. She is such a classic! You sure got a part of her. Thanks for bringing her here for us...God bless her for giving us you. You fulfilled a part of my request yesterday Baby Girl....but I still want to see a pic of her lapping you...that would make my day. 🙏🙏🙏” 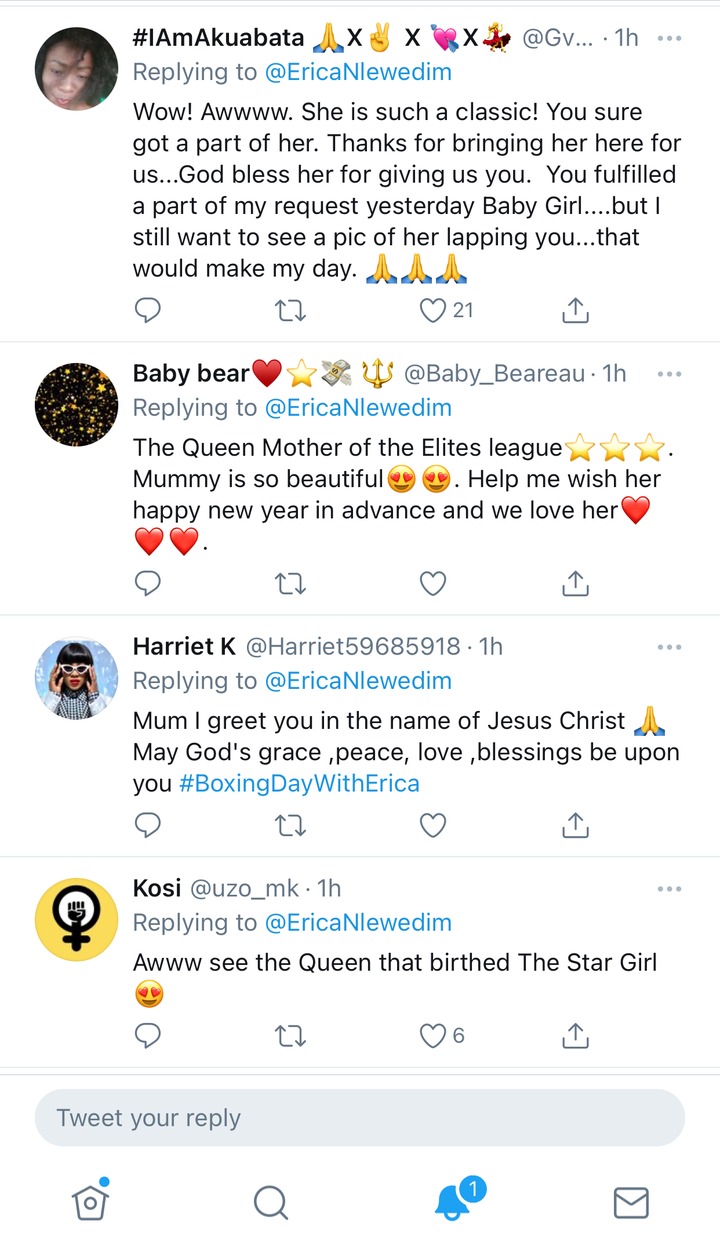 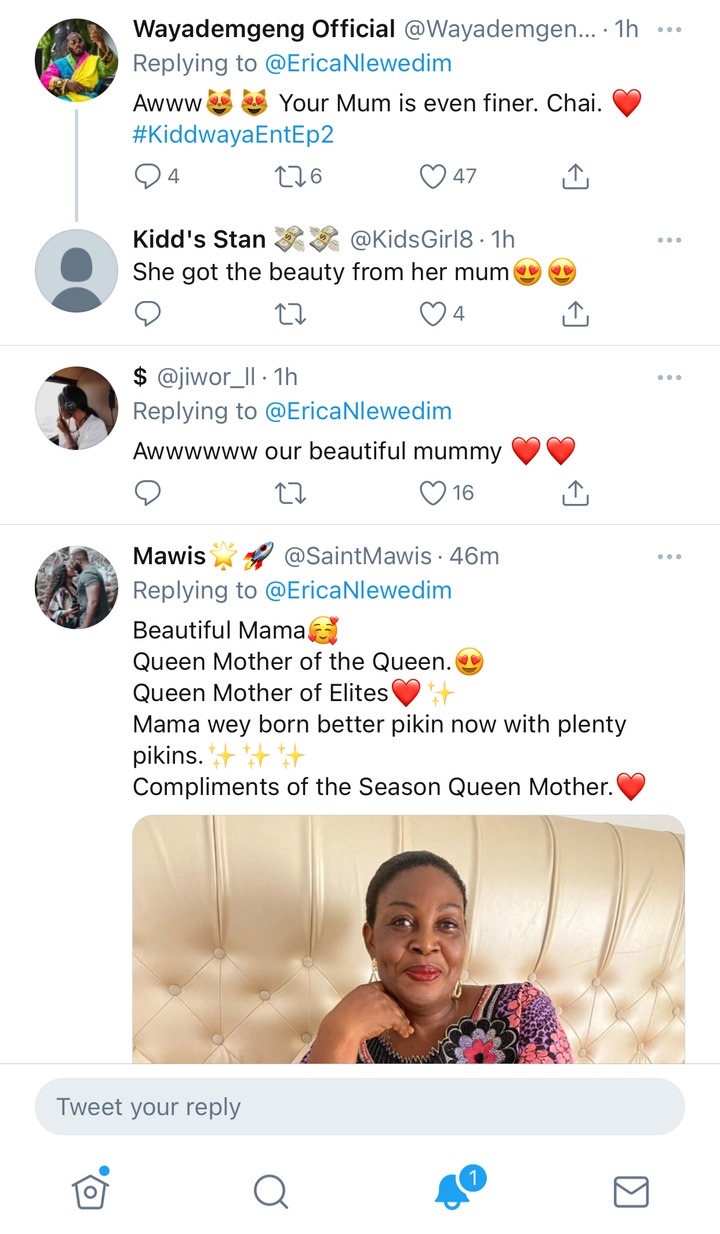 “Her husband offends her but she is strong and doesn’t bring it on social media” Fan reveals the unknown about Omotola Ekeinde on 25th wedding anniversary
Simi Finally Shows The Face Of Her Daughter, Adejare, As She Clocks One Year Today (Photos)
JMK, Sammie and Maria get evicted from the Big Brother Naija house
Toyin Abraham shuns Yvonne Jegede’s peace offering hours after being mocked by her