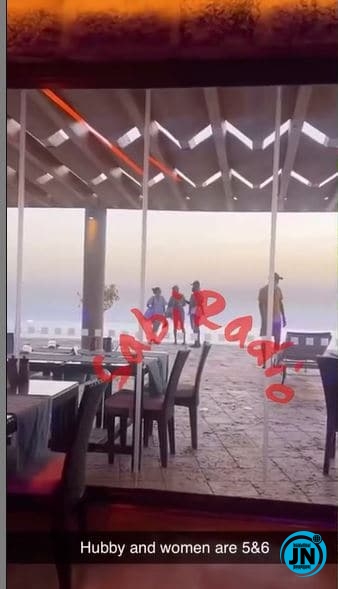 Regina Daniels, who is currently on vacation with her husband in Isreal, took to her Instagram story to share a video of her husband discussing with some women.

Captioning the video, Regina Daniels said that her husband’s love for women is 5 and 6.

Reacting to this, some social media users claimed that Regina Daniels already knew what she signed up for when she agreed to marry Ned Nwoko.

However, others pointed to the fact that Ned Nwoko’s money is making Regina Daniels stay in the marriage and it is no different for many women.

passionstoresng wrote: I think this girl understand the assignments so she’s so unbothered abt anything and everything

toptrendgist wrote: Is only money that will make a woman to have understanding in a relationship

ekuapaula_ wrote: You can’t change that though you knew what you signed for he will still marry again

adeolahiddy wrote: She no get choice

This is coming a few hours after Laila Charani, who is considered the closest pal to Regina Daniels, unfollowed her and their husband, Ned Nwoko on Instagram.

Regina Daniels and Laila Charani always gave fans the impression that they were cool with each other sharing the same man as they often share videos of themselves.

The new development of Laila Charani obviously means that she and Regina Daniels are no longer on good terms, and this has left many netizens with several reactions.

However, Regina Daniels feels unbothered about Laila’s action as she took to her Instagram story to share a video of herself and her husband giving their fans couple goals.

Reacting to this, many social media users claimed that Regina Daniels‘ co-wife Laila Charani will not like the video and might be the reason she unfollowed the duo on Instagram 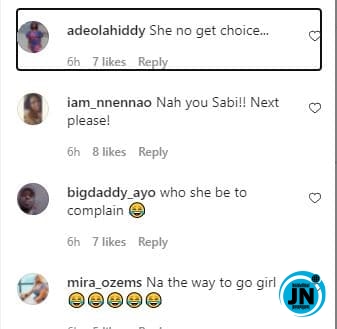 See What Gifty Powers Said On Why Some Women Are Unable To Have Kids
“God didn’t create men and women equal” – Nigerian lady explains why feminism is evil
2Face Idibia’s Baby Mama, Sunmbo Adeoye 'DRAGGED' For Telling Women Not To Be Concubines
"Normalize luxury and enjoyment, we didn’t come to this life just to work and pay bills" – Omoni Oboli tells women