Folarin Falana, better known by his stage name Falz, is a talented Nigerian rapper, singer, and songwriter who has posted thrilling photographs from his ongoing album recording camp. 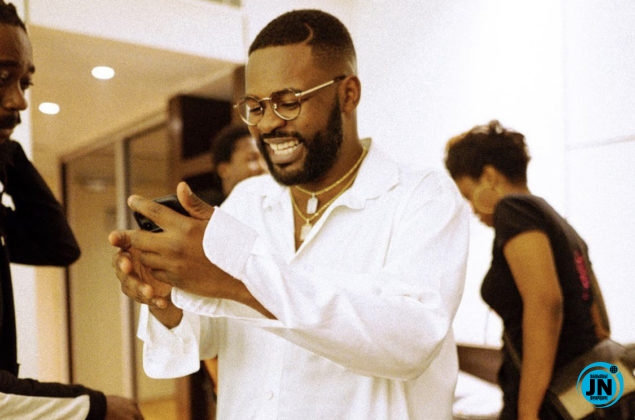 The actor and human rights crusader, who has six studio albums under his belt, recently revealed that his seventh is on the way after announcing that he is in "album mode."

Clips from his recording sessions have been circulating on the internet, hinting at the guests who may appear on the upcoming album, and so far, heavyweights such as Tiwa Savage, Wande Coal, Peruzzi, Bella Shmurda, Dremo, and a slew of others have been seen working in the studio with Falz on his album.

Burna Boy Speaks On His Motivation To Outdo Other African Artistes
Davido And His Crew Allegedly Denied Access To Popular Ghanaian Club
This Is What Nigerians Who Are Not Enjoying Wizkid’s New Song, ‘Smile’ Need To Know
Governor Seyi Makinde mocked for giving bicycles to his Civil Servants