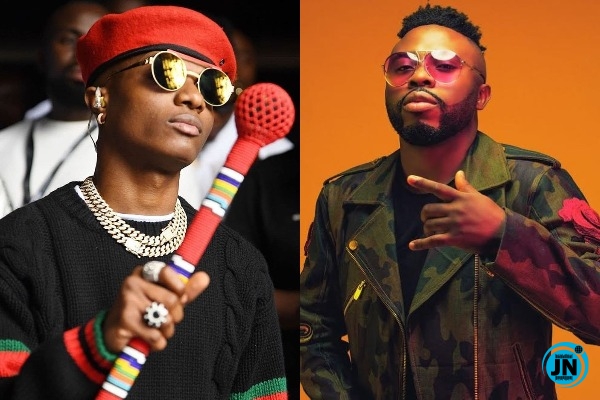 Nigerian record producer and singer, Samklef has taken to his twitter handle, to shower praises to Wizkid, further tagging him one of the highly favored musicians, Nigerian has ever produced.

Being one of the music producers that have worked with Wizkid at the early stage of his career, Samklef might be sparking trolls attack for dragging gods into the matter.

Earlier in the news after slamming EFCC for being hypocritical in their fight against corruption, the Samklef who had been part of Wizkid success story called him one of the highly favored musicians in Nigeria.

Further Bragging of Wizkid success, Samklef was of the opinion that even the gods cannot battle Wizkid.

See what he tweeted below:- 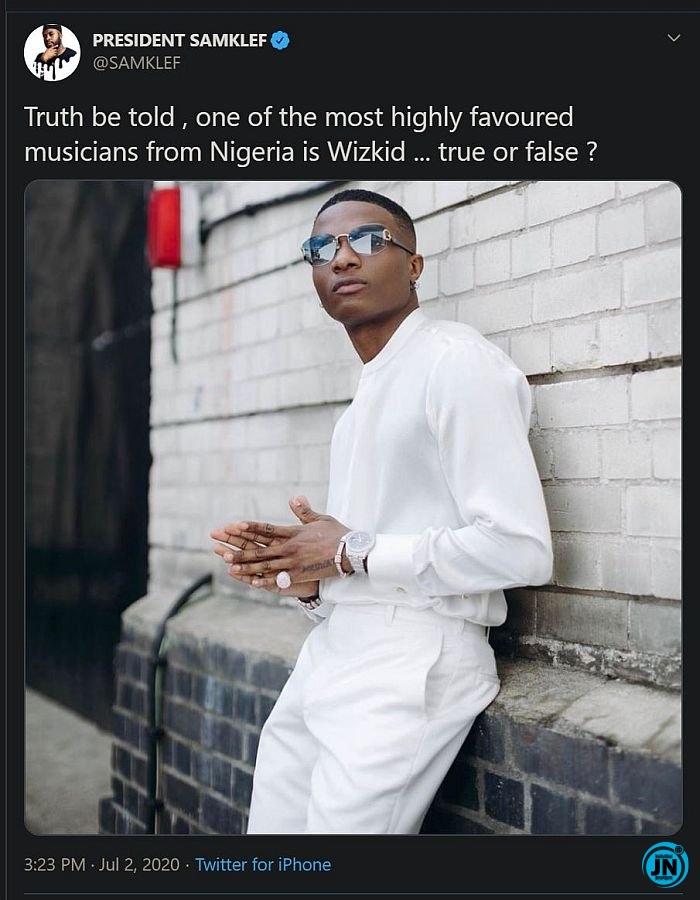 Why Wizkid Won’t Release ‘Made In Lagos’ On July 16, This Is What He Might Do
Nigerians Go Wild As Wizkid Set To Go Against Jamaican Singer, Vybz Kartel In A Battle Of Hits
DAVIDO vs WIZKID FC!! Davido Should Calm Down for Wizkid, Do You Agree?
Check out What Burna Boy Said On Twitter That Has Been Causing Stirs Among Wizkid Fans