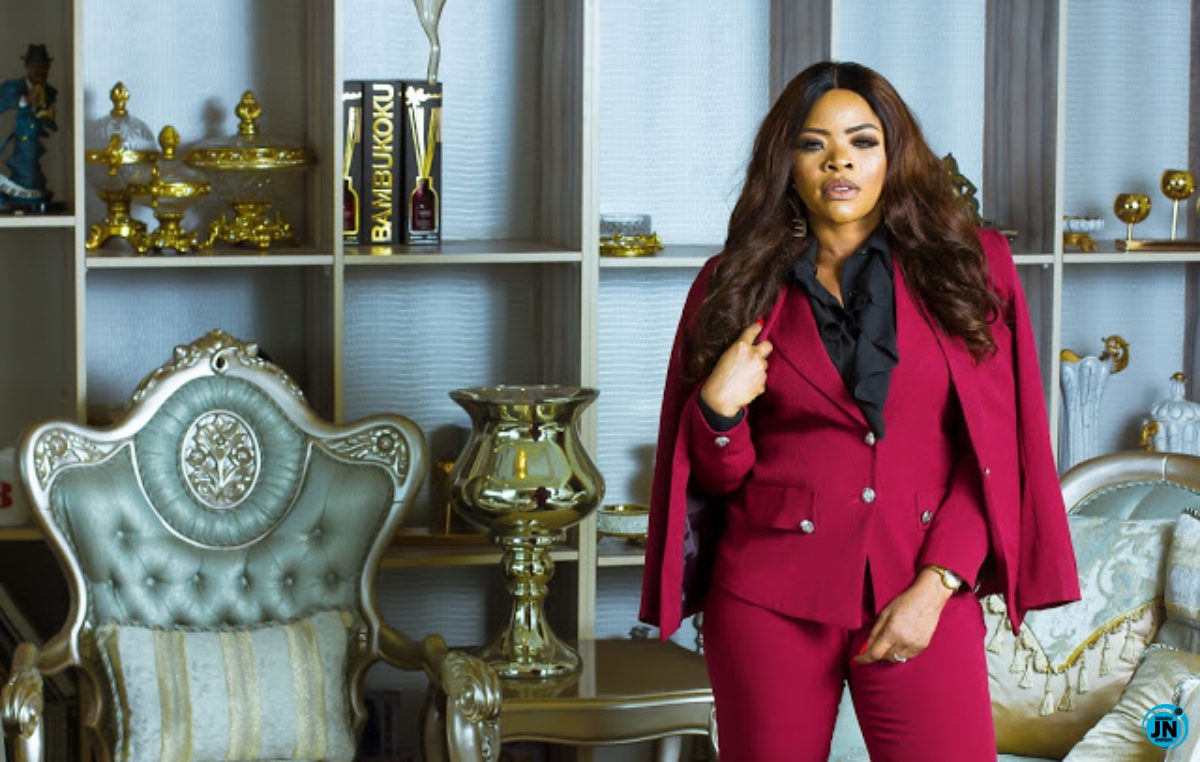 Popular businesswoman and Instagram influencer Laura Ikeji have received backslashes from Nigerians over a video where she stated explicitly that she invested N10m on a bag.

According to the mother of two, in a conversation with actress Eniola Badmus, she made this shocking revelation.

However, this has triggered reactions as people compare her spending lifestyle to that of her billionaire sister, Linda Ikeji.

“Invested? How do you get returns from buying a 10.5 million Naira bag? abi am I the one not seeing the grand business move here?”

“Bag? Not land or gold. Preference though”

“Even Linda won’t spend 10M on a single bag as a smart business woman once again what does Laura sell other than Clothing, she runs her mouth too much-chasing clout”

“If I come for you, even your kayanmata won’t save your marriage” – Crossdresser, Nsogbudii warns Jaruma
“Everyone is dying around you, hope it won’t get to fans” – Troll attacks Davido
“Act Like A Man So Your Fellow Man Won’t End Up Paying Your Bride Price” – Angela Okorie
Isreal DMW reveals reason he won’t stop respecting Davido despite age difference