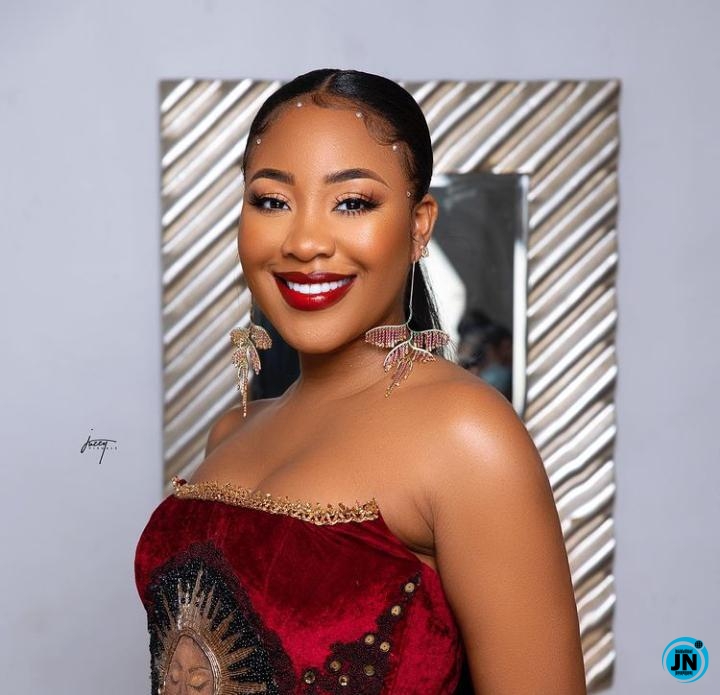 Erica Nlewedim, a former Big Brother Naija housemate has shared a hilarious conversation she had with a fan who posted a fake tattoo of her name.

The fan identified as @TheRealFemi who is an upcoming comedian, had taken to his Instagram page and posted a photo of the name “ERICA NLEWEDIM” boldly crested on his hand. 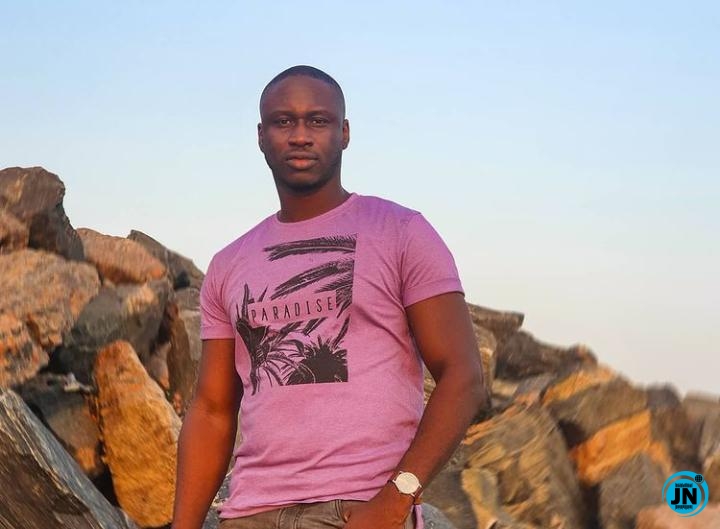 However, a careful look at the picture which the fan uploaded, shows the name “ERICA NLEWEDIM” was written via a photo editing process.

Sharing the photo, the fan wrote,

“I’m not asking for much its only fans love. I did it for fans love”.

“one million naira for you! Dm your account details”.

On Erica’s request, Femi stormed her inbox with his account details while appreciating the reality star as the best.

However, Erica asked for a video evidence of the tattooing process, and that was when Femi suddenly had an unprecedented urge to logout. 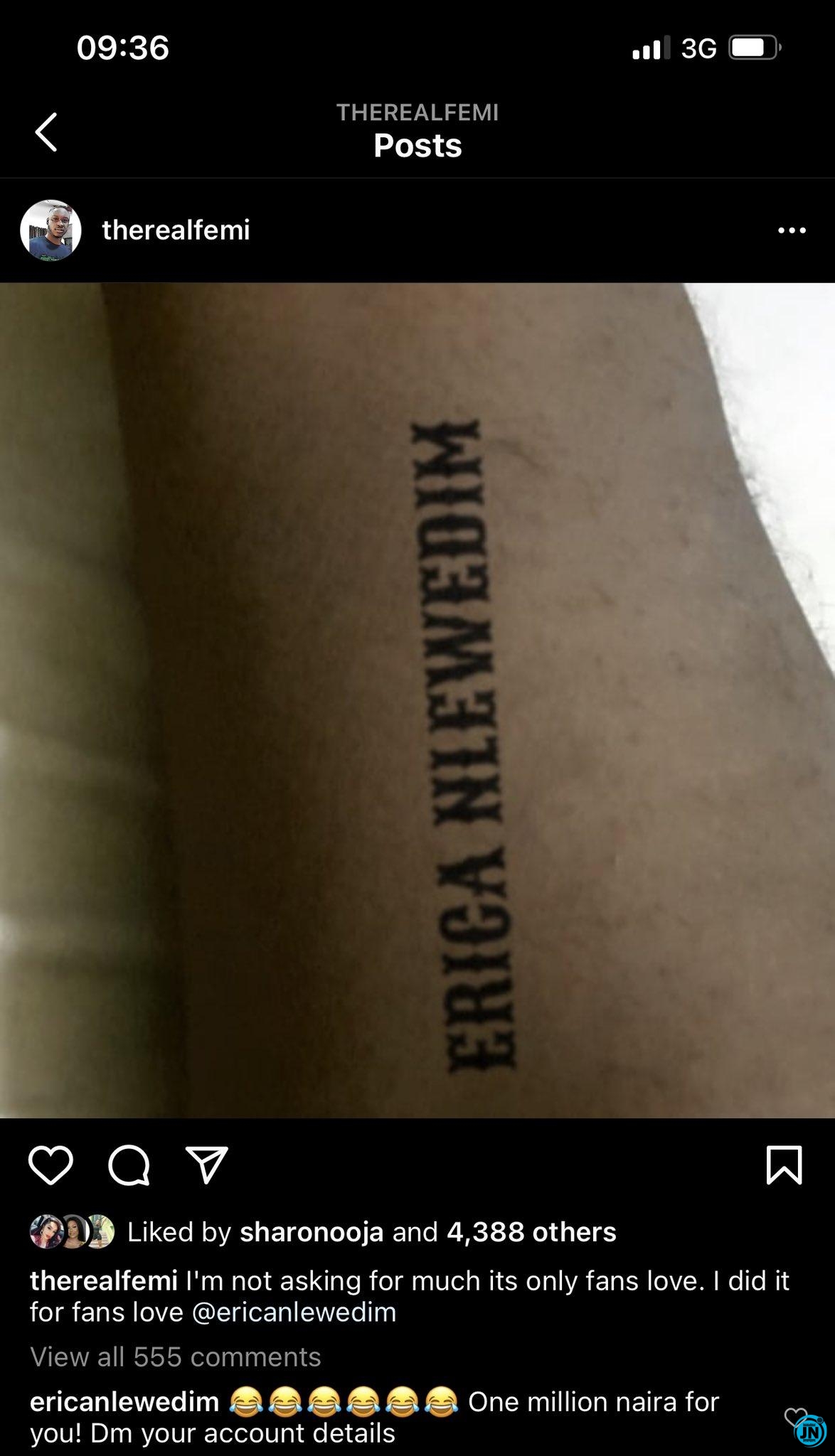 ‘I was ashamed’ – Erica finally speaks about her disqualification from the show
Erica And Kiddwaya Surprise Everyone As They Party Together With Other Ex Housemates (Photos)
Photos Of The Black American Man That Was Killed After A Police Officer Kneeled On His Neck
30 Years After: ‘Coming 2 America’ Trailer Stars Eddie Murphy And Arsenio Hall