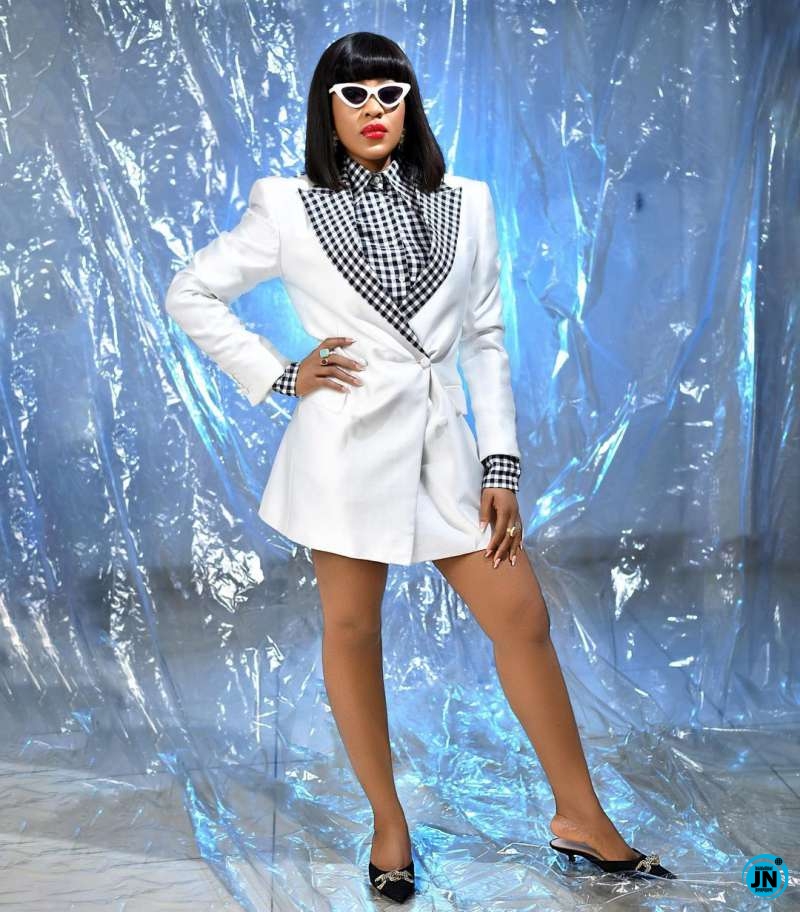 Former Big Brother Naija housemate, Erica Nlewedim has replied to American rapper, Cardi B after she praised her controversial dressing.

A fan of the reality TV star took to Twitter to compare her dressing to Cardi B’s dressing, and his tweet got the attention of the popular rapper.

Cardi B, in her response, said she likes Erica’s dressing because it’s classy and different, adding that hers is different and edgy.

Erica who was apparently excited to be hailed by Cardi noted that she actually wanted to achieve the “edgy” look.

“Hahahahaha thanks that’s what I was going for!”, Erica said. 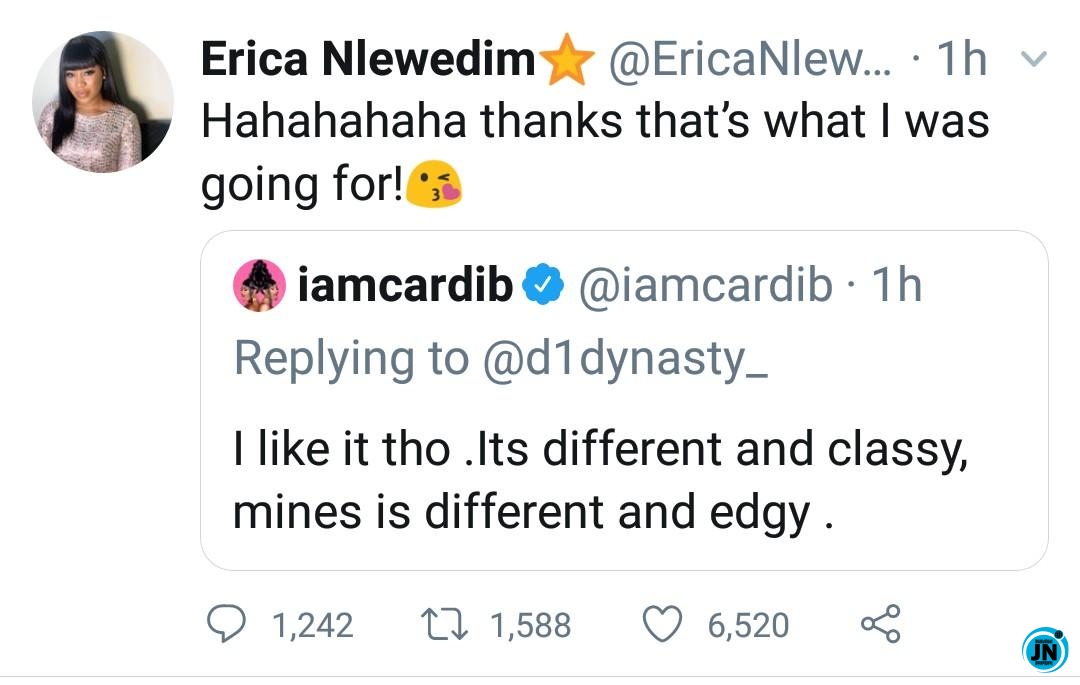 Screenshots: Celebrities react after Tiwa Savage reveals how she acts each time she sees her Lover
“Happiest man on earth” – Gedoni says as Khafi flashes her baby bump
What my father always tells me — DJ Cuppy reveals
If you can’t buy your girl iPhone 12 or bone straight this Valentine, let her find true love elsewhere – Erigga advises men