Former Big Brother Naija Housemate Erica Nlewedim has been alleged to be in a romantic relationship with Mavin record boss Don Jazzy before leaving for the reality TV show. 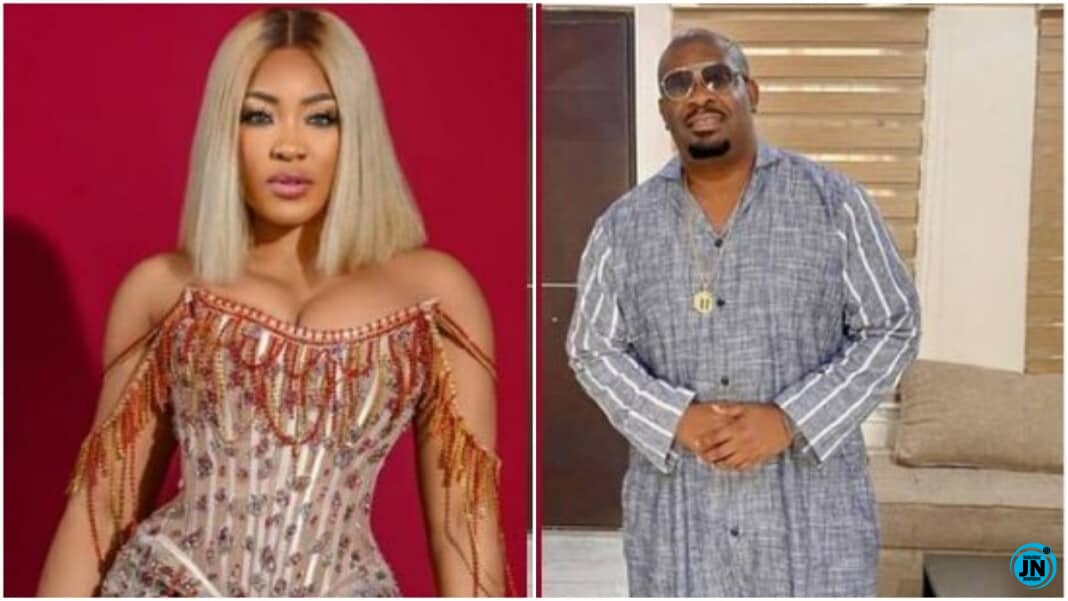 This was disclosed by controversial Instagram blogger Cutie_Jullus who used Don Jazzy as a case study to men who are always in the habit of not having serious relationships for reasons best known to them.

According to the blogger, Erica’s relationship with Kiddwaya became possible, bearing in mind that Don Jazzy does not keep a single woman or engage in a serious relationship.

The blogger wrote: To all those men that will be dating someone on the low and wouldn’t want to have serious relationships for reasons best known to them. This should be a lesson to you.

Well Erica used to be Don Jazzy’s girl before she left for BBN.

As she enter house.. met Kiddwaya.. knowing very well Don Jazzy doesn’t keep one woman or do serious relationships, she just made good use of her beautiful self. Today they are still shipping stronger..

Today, we are happy she is happy with Kidd 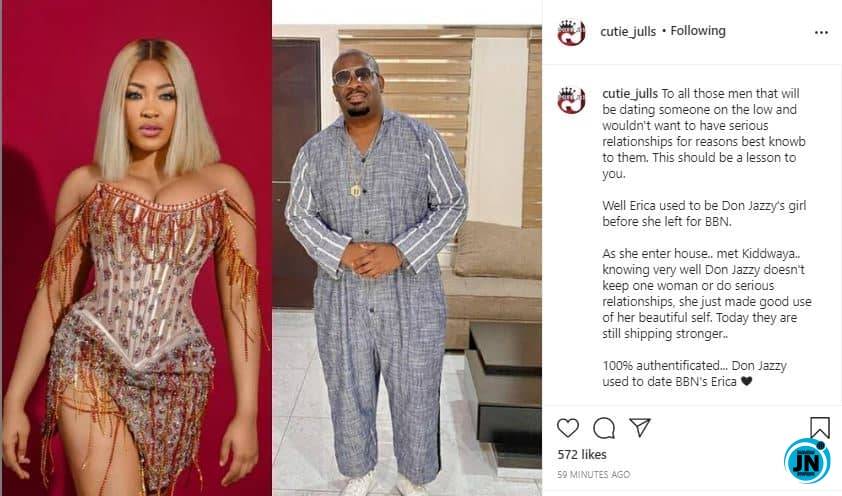