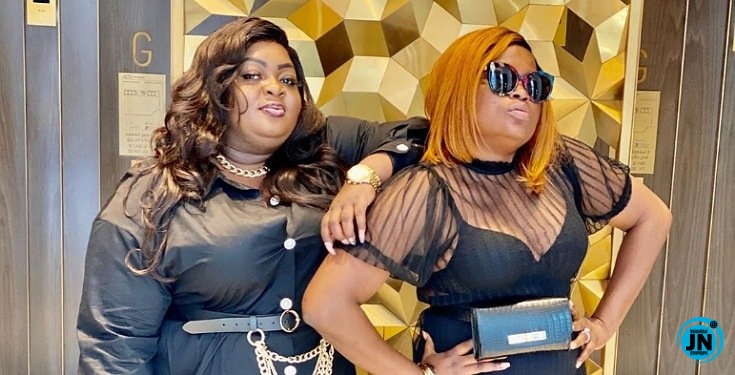 Nollywood actress, Eniola Badmus has finally broken her silence following the arrest and prosecution of her friend and fellow Actress, Funke Akindele and her husband.

Eniola who has been very quite on social media since the beginning of the crisis could not hide her feelings after hearing the court’s judgement . The 43 year old took to her Instagram page to announce that her heart is broken.


It is believed that true friendship is rare to be found amongst Nollywood celebrities but Eniola Badmus and Funke Akindele have proved many wrong because with their friendship/ relationship.