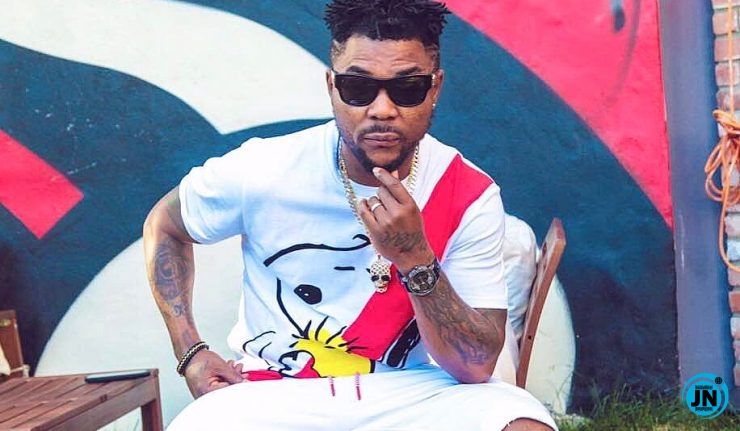 Singer, Oritsefemi Majemite-Ekele, has condemned the act of Nigerian police officers parading around with Point Of Sale machine (POS).

Reiterating his support for the #EndSARS protests currently going on in different parts of the country, the ‘Body and Soul’ singer said,

“The people don’t want the Special Anti-Robbery Squad and they don’t welcome the Special Weapons and Tactics team either.

All they want is proper training and compensation for police officers because they are human beings too.

It is sad that bad eggs in the police brutalise the same citizens they are supposed to protect. This is the only country we have and we are fighting to make it better.”

The music star added that,

”Why do police officers have to go around with Point of Service machines to extort people? That is robbery. The country’s security system needs to be taken to the next level.

The police needs to go digital and use more of technology for their operations. That is what obtains in developed countries.

With the way they profile those who have tattoos and wear dreadlocks, smart criminals would not appear that way so that they can avoid the police.”

During the week, he had taken to his Instagram page to plead with his wife to come back home, even as he accused Caroline of being the ‘evil’ between him and his wife.

In response, Caroline hinted that there was domestic violence between the couple.

“Honestly, I do not have any problem with my wife. (Whatever Caroline said) was her own issue.

There has never been any case of domestic violence in my home. Did my wife say it anywhere that I was violent towards her? It means there is nothing like that. I am telling you the gospel truth.

“I don’t have any problem with anybody. I just want to thank Nigerians for helping me beg my wife to come back home.

She is back home and I am satisfied and happy.”,

'Didn't Go Around Fighting Nobody, I Walked Away – Toke Makinwa Replies A Twitter User
Why Wizkid Songs Are More Recognized Around The World Than Davido’s Songs - Twitter User Reveals
#ENDSARS: "Why police officers go around with POS" – Oristefemi
2baba’s Wife, Annie Idibia Reveals How She Acts Like A Mad Person Around The House