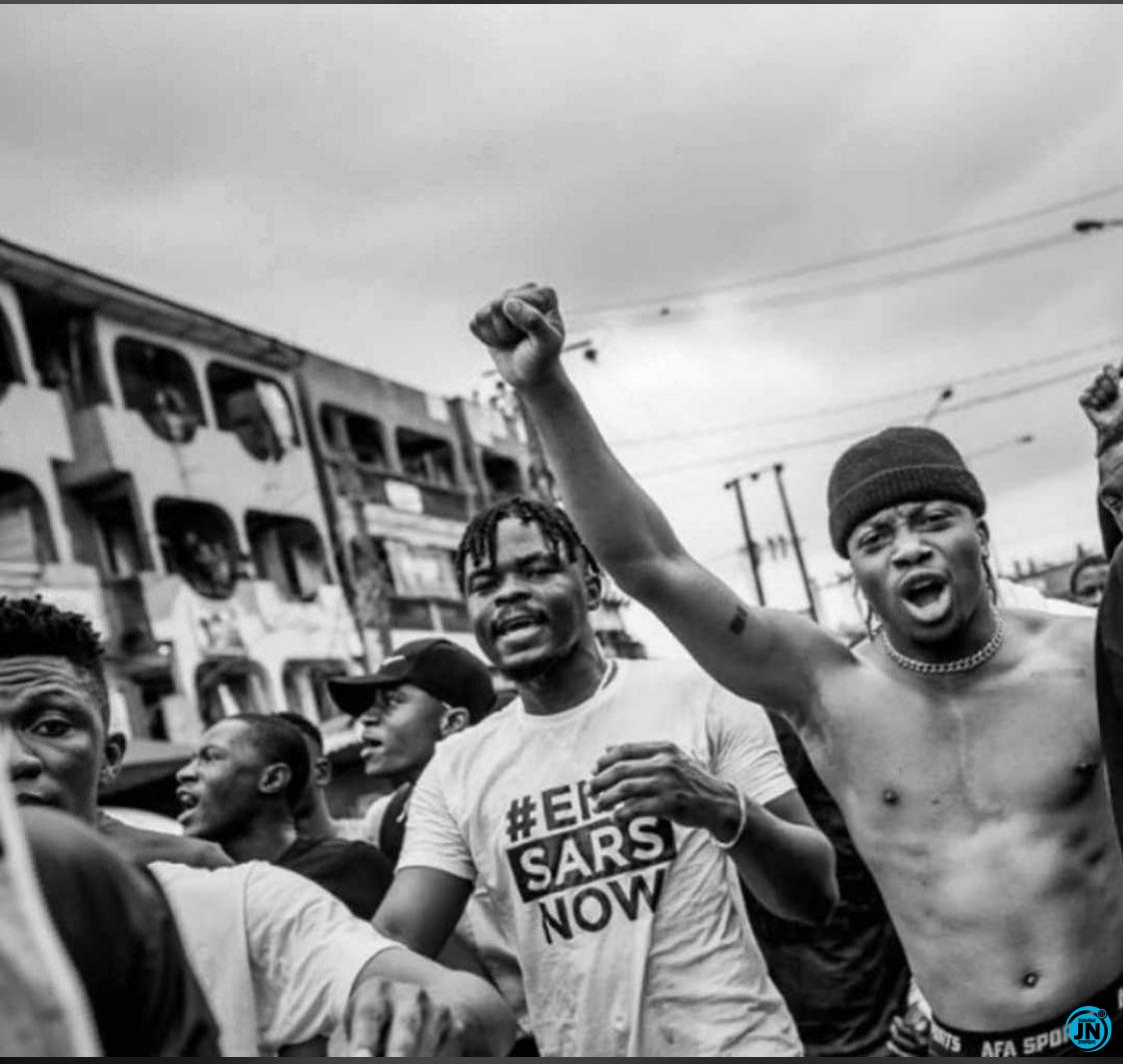 Popular Nigerian singer, Oxlade has taken to the micro-blogging site, Twitter, to call out the Nigerian Police for inflicting brain injury on his manager, Ojah Bee, during the #EndSARS protest in Surulere, Lagos.

Recall that, Ademola Ojabodu, popularly known as Oja Bee, was spotted in a video, dragged and brutalized by SARS and locked up at anti-kidnapping unit in Iyun road, on the 12th October, 2020.

Ademola was also falsely accused of killing one of their officers.

Sharing a picture of the scan test, Oxlade revealed that Ojabee has a swelling in his brain which has made it impossible to control his fingers.

He further thanked the Nigerian government for failing the youths.

Read his tweets below;

my brother has a swelling in his brain and he can’t control his fingers, thanks to the Nigerian Police. Thank you Nigerian government for failing the youth. I am lost for words right now, but please keep my brother In your prayers pic.twitter.com/pGXPxr8eRz

Naira Marley Reacts After Been Slammed By Nigerians, For Holding A Concert
Actress Tonto Dikeh Reveals Despite Been Celibate, She Still Takes Good Care Of Her Man From The Bedroom.
DJ Cuppy Cries Out, After Been Accused By A Twitter User (See Why)
5 Nigerian Musicians Who Swapped Record Producing for Singing. No.4 Would have been Hawking Sausage by Now!!!