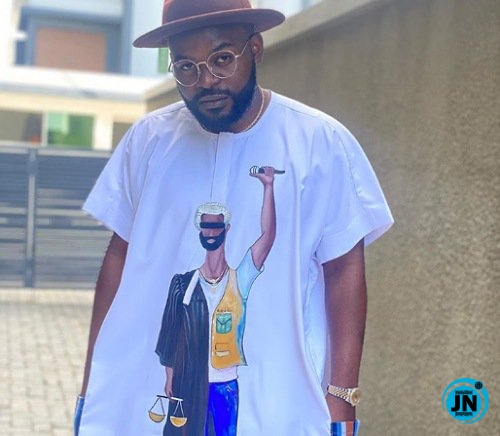 Falz has been actively involved in the ongoing #EndSARS protests seeking an end to police brutality, unlawful arrests, harassment, extortion, extra-judicial killings among other vices. 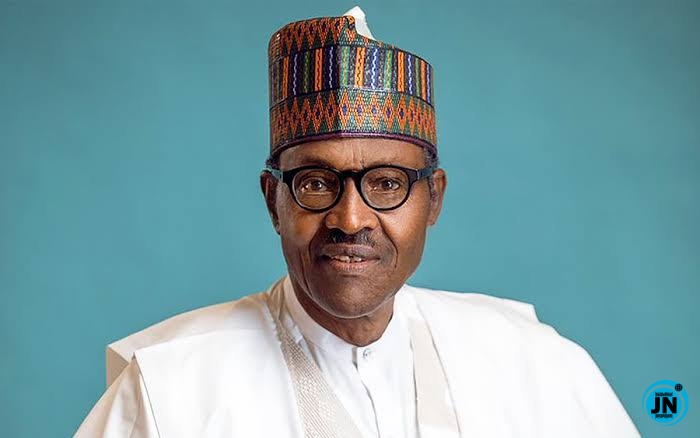 In the open letter, Falz requested a reconstitution of the governing council of the National Human Rights Commission.

His letter was titled:

“REQUEST FOR RECONSTITUTION OF THE GOVERNING COUNCIL OF THE NATIONAL HUMAN RIGHTS COMMISSION FOR THE DISCHARGE OF ITS FUNCTIONS WITH RESPECT TO CASES OF HUMAN RIGHTS VIOLATIONS IN NIGERIA".

In his letter, he stated that reconstituting the governing council it will be a step in the right direction in the quest for a genuine Police reform in Nigeria.

The letter reads in part:

“It has been brought to my knowledge via a statement by your Special Adviser on Media and Publicity, Femi Adesina, that the Federal Government has accepted the 5-point request of the ENDSARS protests presented by well-meaning Nigerian youths.

“Failure to do this would force young Nigerians to believe that the continuous refusal to re-constitute the Governing Council of the National Human Rights Commission is a deliberate attempt to mislead us into thinking genuine efforts are being made at reforming the Nigeria Police, when in truth the opposite is the case.”

The entertainer stated his confidence that his appeal to the President will be acceded to, adding that it will guarantee “the protection of the fundamental human rights of all Nigerians”.

Read the full letter below: 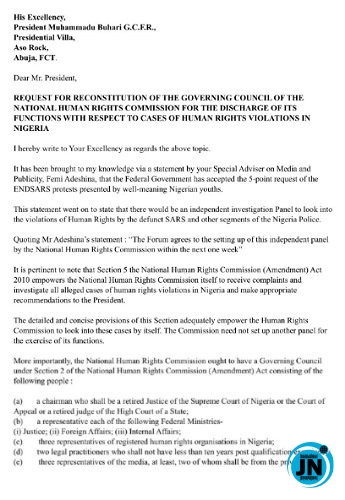 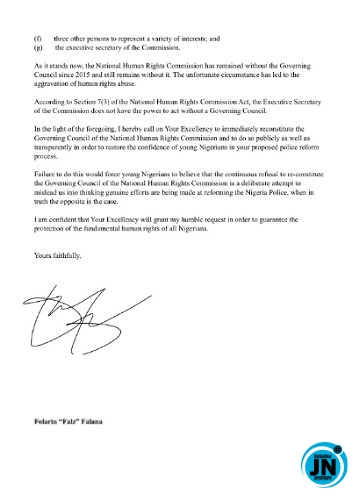 Earlier today, we reported that the rapper's father & activist, Femi Falana, a senior advocate of Nigeria, said "he is proud of his 'rebellious son' for his active involvement in the ongoing #EndSARS" campaign.

Recall in 2019, Falz released his 4th studio album titled “Moral Instruction,” an album that has been described as his most politically charged project.

On the album, Falz addressed several issues facing Nigeria such as corruption, police brutality, religion, failed leadership, recycling of political parties among others.