Eedris Abdulkareem, a Nigerian rapper, has accused Charly Boy, the former president of PMAN, of selling him out during the infamous aircraft brawl with 50 Cent in 2004. 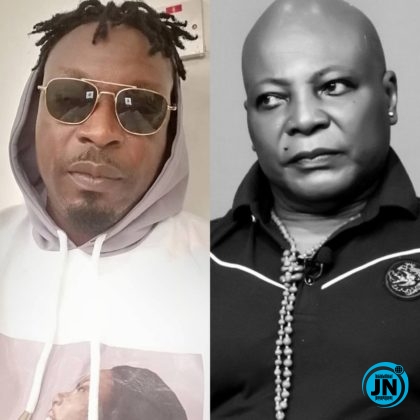 Charly Boy was advised by Eedris Abdulkareem not to try to take credit for the incident because he sold him out during his epic spat with 50 Cent in 2004. On Friday, January 14th, 2022, he posted the video to his Instagram profile.

Eedris Abdulkareem clarified what transpired on the plane with 50 Cent, revealing that he was approached by the American rapper's crew while other Nigerian artists stood by and watched.


In the video, Eedris Abdulkareem also spoke about how Charly Boy instead of helping him, conspired to sell him out. He said;

Shut up! You collected 70 million from Nigerian Breweries to blackmail me. You also collected the evidence of the attack by 50 Cent and G-Unit from DJ Tee, who recorded everything that happened in the plane on that faithful day. DJ Tee was arrested by the Nigerian police to shut him up and then he relocated to the US.

Nigerian artistes; the likes of P-Square, KC Presh, E-Money were chased out of the backstage with koboko by the same organisers that you conspired with. So, shut the fvck up! you are a betrayer and a fake activist.

WATCH THE VIDEO BELOW: