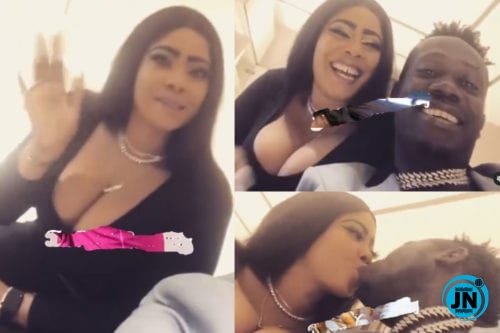 This comes months after he accused Vivian, his estranged wife, of conspiring with her mother to murder him.

After both sides opted to throw tantrums at one other, Duncan Mighty's breakup from Vivian was made public on social media.

Duncan, on the other hand, accused his ex-wife, Vivian, of attempting to murder him after she poisoned his meals for nearly two years and eleven months.

On social media, he said Vivian Nwakanma and her family you’ve not started running yet if you like run to the moon the wrath of GOD must hunt you, people, you poisoned my food and bathing water for 2years and 11months but GOD ALMIGHTY stood by me, if you people have succeeded in killing me you would have told the world I died of hard drugs but MERÇY SAID NO….. 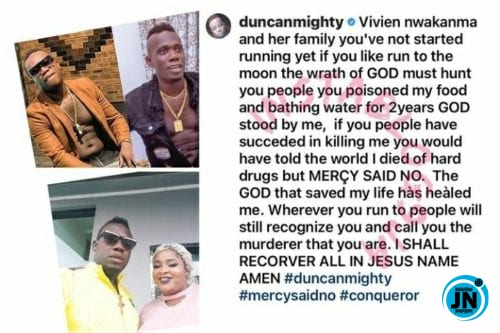 However, in a video that has circulated cyberspace, the self-acclaimed Porthacourt’s first son was seen kissing his new partner as they spend quality time together.

God will punish you if your woman has a car and your mum is trekking – Duncan Mighty tells men
Duncan Mighty cries out after his wife, Vivian, and her family tried to kill him over his properties
How I found out that my 4-year-old daughter, Mitchell is not mine – Duncan Mighty shares story
Nobody should compare me to any rubbish again – Timaya blows hot after he was compared to Duncan Mighty