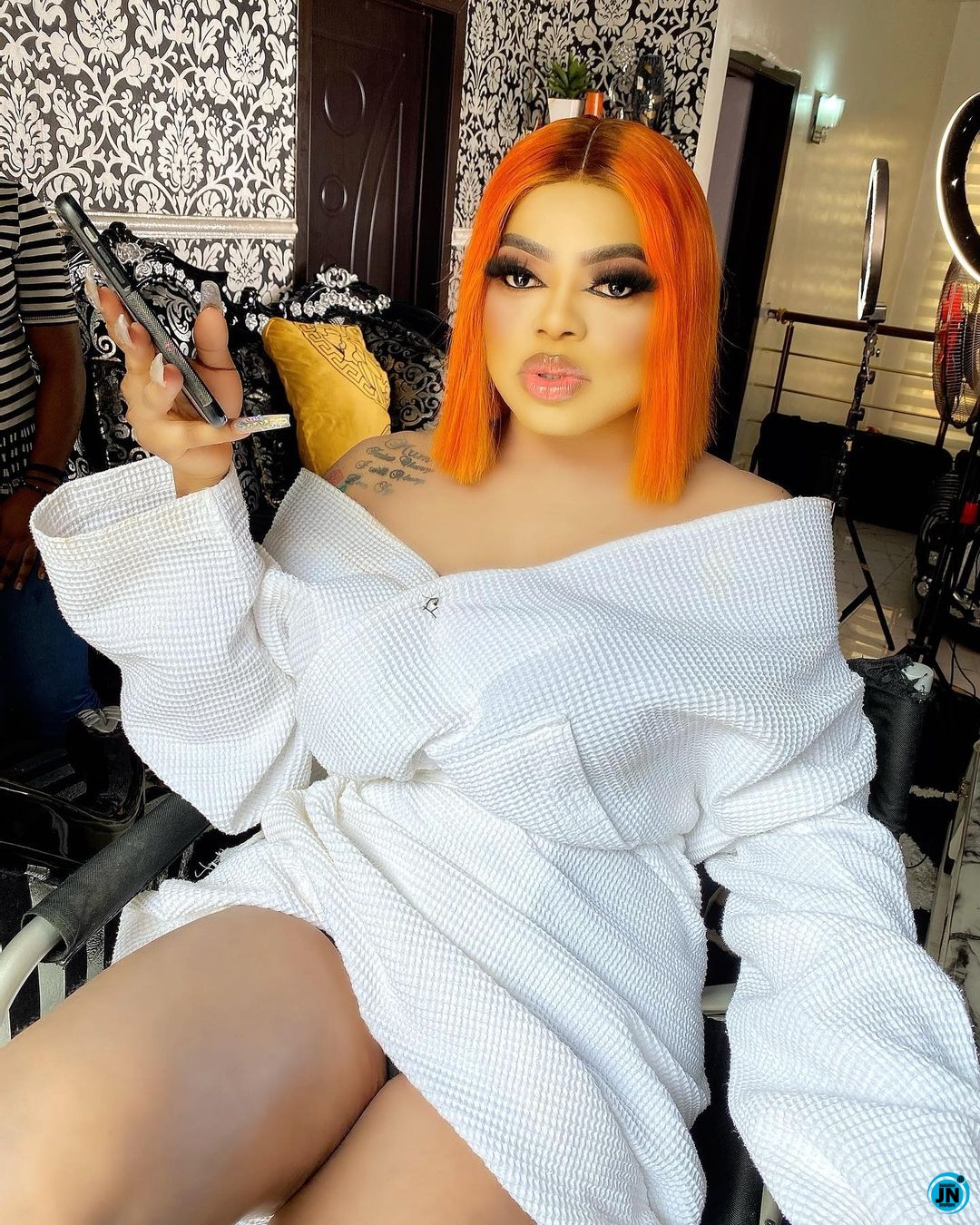 Nigerian cross-dresser, Bobrisky, recently announced that he’s no longer “besties” with Tonto Dikeh, and he has finally revealed the reason Tonto Dikeh unfollowed him in the first place him.

Recall the cross-dresser admitted he had blocked Tonto for unfollowing him but promised not to say anything bad about her or reveal what caused the issue between them.

He however made a U-turn on that decision as he took to Instagram to share “Lady golfer you are the reason for this unfollow now.”

Apparently Lady Golfer is Tonto Dikeh’s ‘enemy’ and she probably was not happy that her supposed bestie, Bobrisky, was having a good time with her.

Bobrisky added: “You for no post the video of me spraying you now. Friendship of 5 yrs gone just because I hanged out with somebody’s ex friend. Dumb shit.” 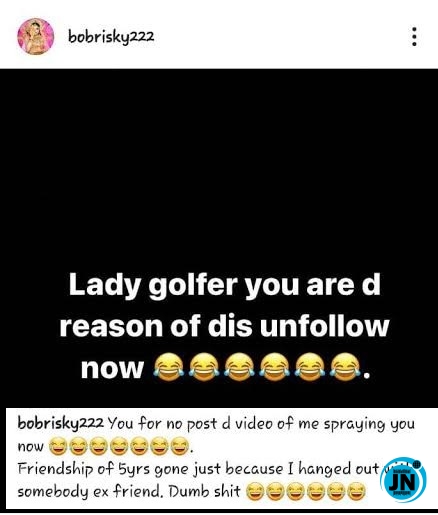 Singer, Simi reveals how her 5 months old baby, Adejare controls her social media
“After all this number of films, I still no fit buy Range”- filmmaker Biodun Stephen reveals
Korra’s husband breaks down in tears as he reveals reason for divorce, court’s harsh decision (Video)
“My dad never said NO” – Blogger, Ronke reveals how her father spoiled her by always letting her have her way