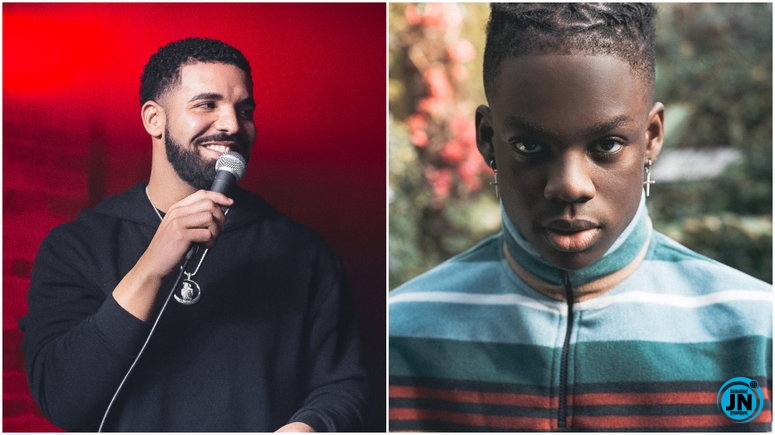 Canadian rapper, Drake has revealed that he and Mavin young act, Rema have several hit songs that he can’t wait to dish out.

Talented Teenage musician, Rema, has caught the eye of the Award-winning Canadian rapper, Drake and it turns out that they’ve actually worked together in the studio. The “God’s Plan” rapper made this known during his Instagram live session with his fans. He played several songs and even premiered a released track during the session.

However, he supered fans when he played Rema’s smash hit song, “Dumebi.”Drake didn’t stop at just playing Rema’s music to his fans but also gave the “Beamer” singer  a shoutout by telling fans that they have a “sick song together.” He said: “Big up Rema too. We have a sick songs together…”

BIG ONE! Drake vibes to Rema’s ‘Dumebi’ song, hints on dropping a track with him (Rema) soon

‘Rema Is Bigger Than Drake and He Will Revive Beyonce’s Career Like Wizkid Did’ – Kemi Olunloyo
Drake Acknowledge Sarz and Shizzi For Playing Come Closer On “Battle Of Hits”
Drake Spotted Vibing To Rema's “Dumebi”, Announces Collaboration With Him
BREAKING: Toke Makinwa Admits Dating Drake