Popular Nigerian singer, Korede Bello has been told to caution himself after he hit out at fellow artist, Burna Boy.

Yesterday was a real huge buzz on popular social network, Twitter after different tweet and bants over who has the most hits songs.

Burna Boy However was in the face of the whole argument after he allegedly said anyone who is worthy should face him.

But Burna Boy in his response ridiculed Reekado Banks saying he’s not worthy to compete with him.

Meanwhile, maybe and possibly infuriated by how the whole conversation played out, Korede Bello has took the instance to call out Burna Boy.

@burnaboy what are your insecurities ?! 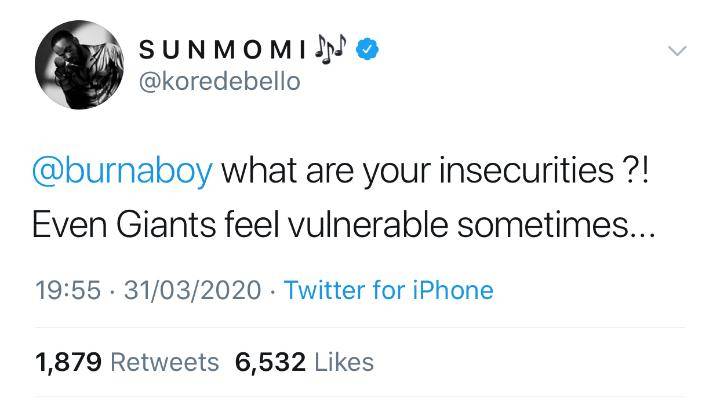 He later went on to hail Reekado Banks as a certified hitmaker, see his tweet below: 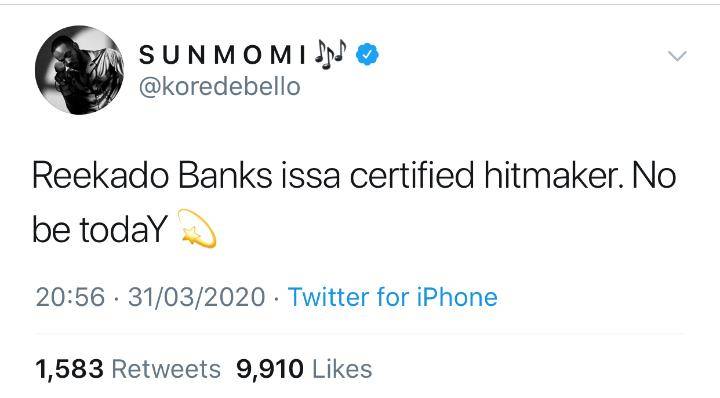 But different reactions followed the first tweet about Burna Boy, See them below: 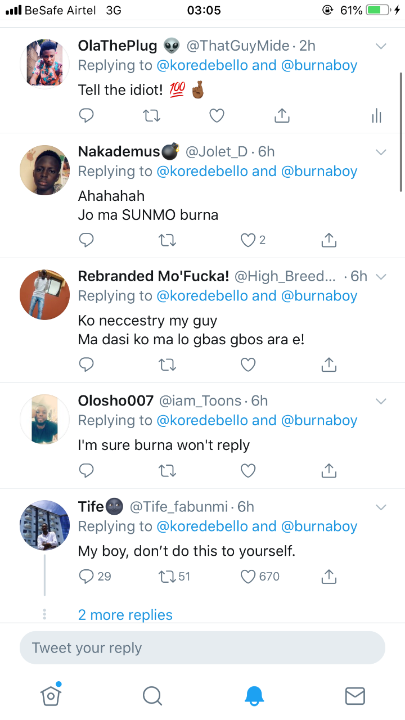 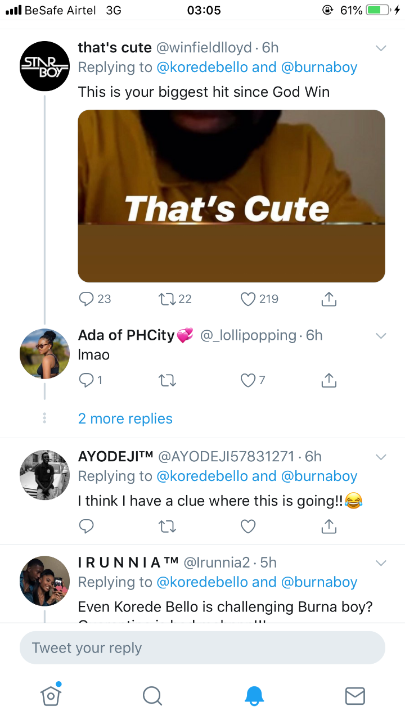 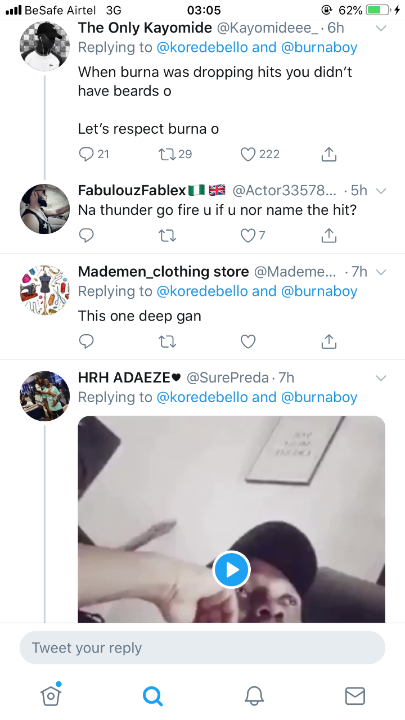 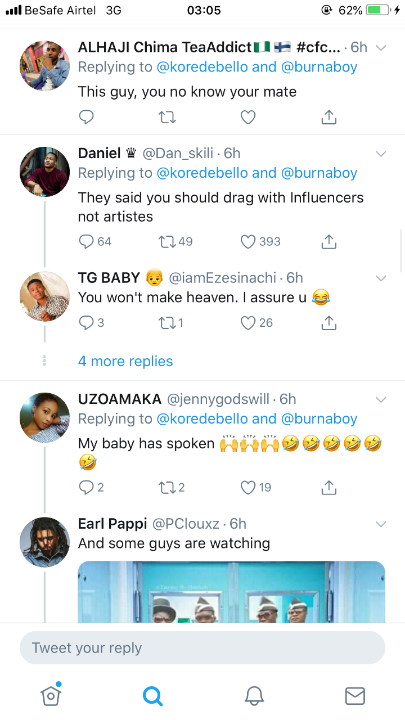 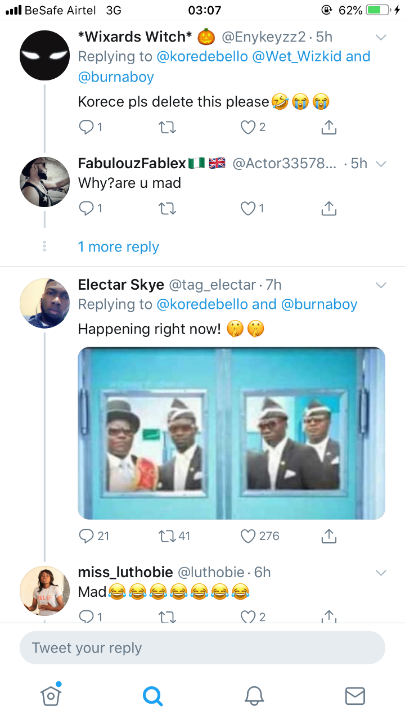 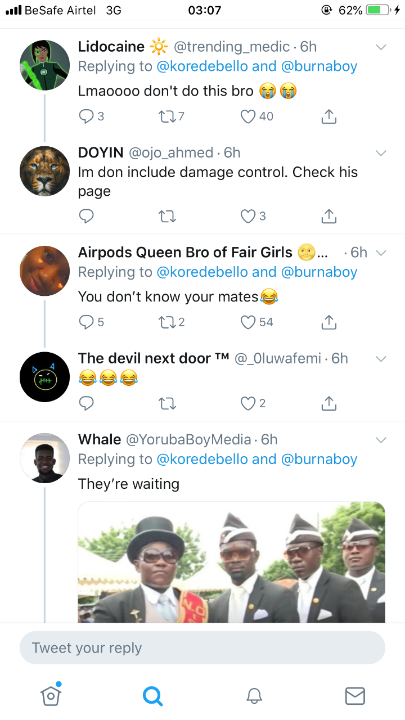 ‘To Be Rich In This Country Is Problem’ - Nigerians React As IG Orders Probe Of E-Money (Details)
‘Beautiful Home’ - Nigerians Are Reacting To This Beautiful Video Of Mercy Johnson And Her Children
Anyim’s Letter: This is just pettiness ― Acting Ebonyi APC Chairman
‘This Is Big!’ - Reactions Follow The Mansion Actress Iyabo Ojo Just Got (Photo)