“Don’t cancel Baba Ijesha yet, hear his own side of his story” – Actress Abiodun Adebimpe begs - JustNaija

“Don’t cancel Baba Ijesha yet, hear his own side of his story” – Actress Abiodun Adebimpe begs
Posted by 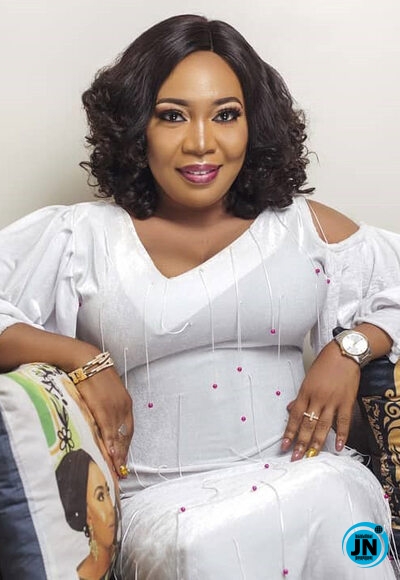 Nollywood actress Abiodun Adebimpe Akintunde has urged her fellow colleagues and Nigerians at large to listen to Baba Ijesha’s side of his story before crucifying him for rape.

Recall that Nollywood actor Olanrewaju Omiyinka popularly known as Baba Ijesha, was caught on CCTV camera, assaulting a fourteen-year-old girl and it has been alleged that he has raped her for the past 7-years. 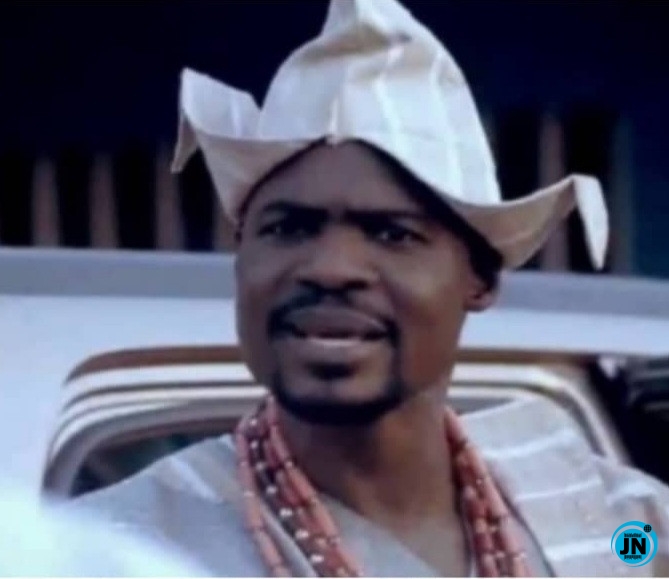 While others are condemning the actor for the act, the actress has come to plead on his behalf that Nigerians should take it easy condemning him until proven guilty.

“I am NOT supporting Baba Ijesha and I can never support a case of rape. I am a woman and I have a daughter and sisters, I will never pray we get molested.
What I am saying is, CANCEL CULTURE shouldn’t be the first approach to allegations.
HEAR FROM BOTH PARTIES and most importantly, social media isn’t a court of law.
THE EAGERNESS TO SPREAD NEGATIVE NEWS ABOUT CELEBRITIES is a CANCER in Nigeria”. 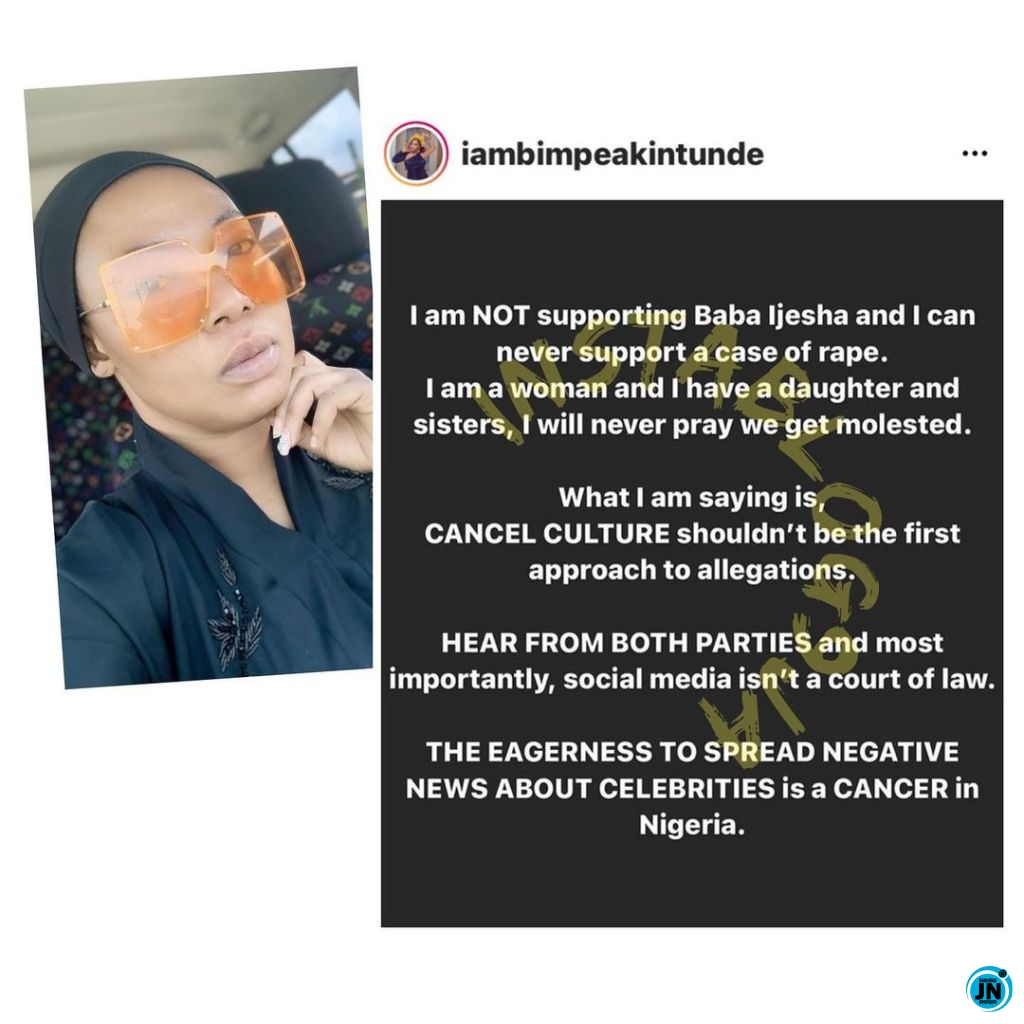