In a Twitter post, the Georgetown Law graduate described the engagement as her most special White House memory, while paying tribute to her fiancé, whom she has been dating for just over two years.

“It has been an honor to celebrate many milestones, historic occasions and create memories with my family here at the White House, none more special than my engagement to my amazing fiancé @MichaelZBoulos! Feeling blessed and excited for the next chapter!” she wrote. 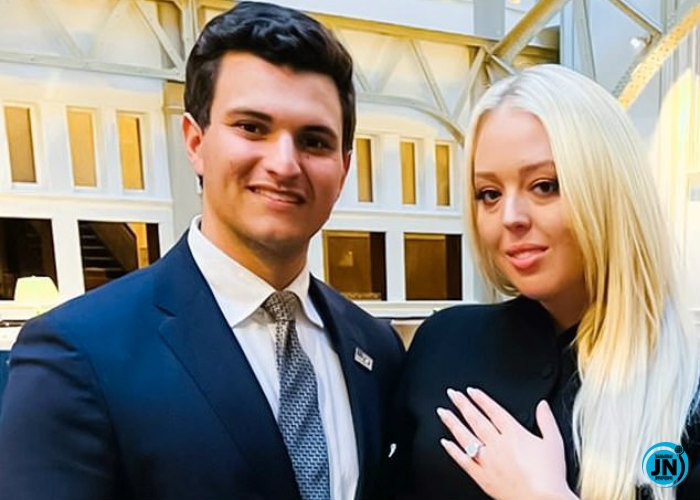 Boulos responded to her engagement post in the comments, writing “Love you honey.”

He also proudly announced the news on his Instagram page using the same photo from the White House.

“Got engaged to the love of my life! Looking forward to our next chapter together,” he captioned the photo.

Boulos, 23, proposed to the outgoing first daughter with a 13-carat emerald-cut diamond from Dubai that is believed to be worth up to $1.2 million.

In exclusive pictures obtained by DailyMail.com, Tiffany is seen proudly showing off the stunning ring, which was designed by New York-based jeweler and diamond dealer Samer Halimeh.

Boulos, who is heir to the multi-billion dollar Nigerian conglomerate Boulos Enterprises, flew to Dubai with Halimeh to choose the ring, which he selected and purchased in the city.

Tiffany’s father will end his tumultuous single term as US president on Wednesday.