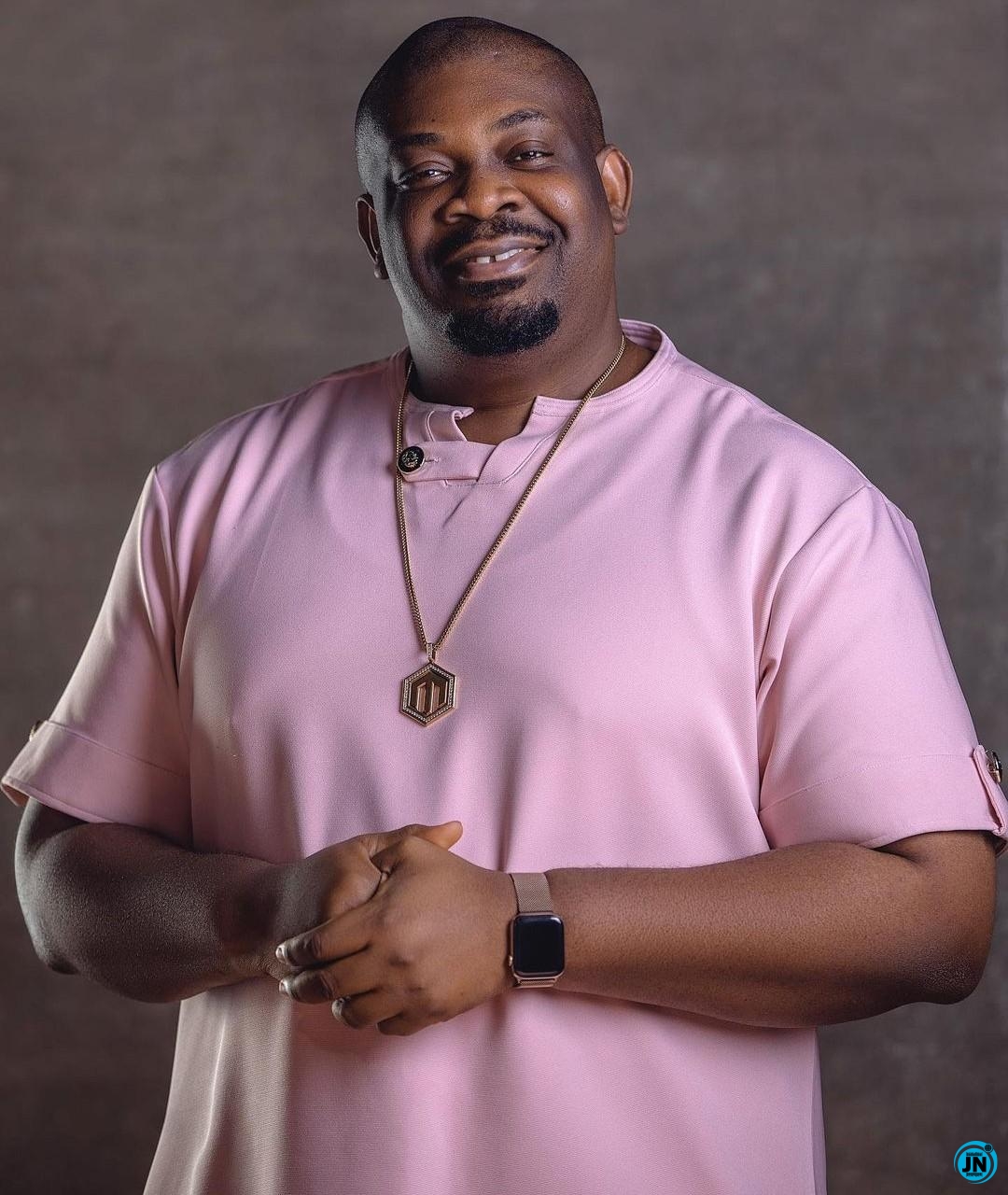 Reports gathered that Rihanna and ASAP Rocky are allegedly dating after months of rumoured romantic relationship with each other.

Don Jazzy, who has been constantly professing his love for Rihanna on his social media handles, took to Twitter to lament over the matter.

Taking to Twitter, Don also asked his fans why none of them cared to check how he was faring after seeing such news.

He also shared a screenshot of the reports with a crying emoji.

See the screenshot, below; 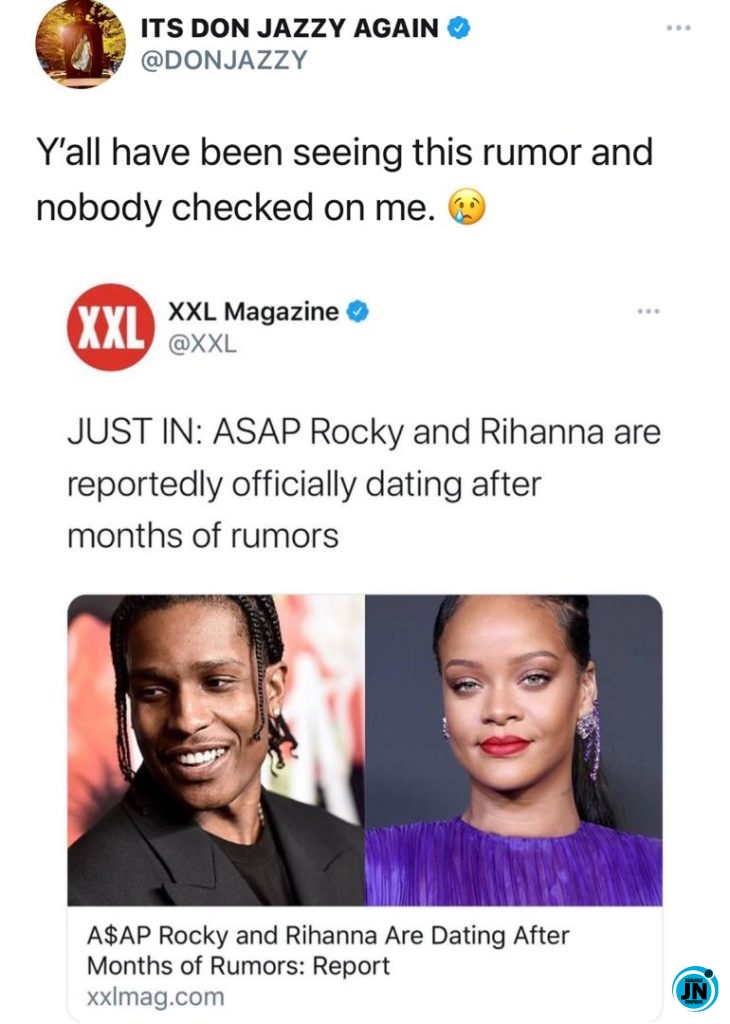 See What Rihanna Did To Don Jazzy That Got Him All Joyous
“You Sing Pass Beyoncé Or Get Money Pass Rihanna With That Male Voice?” - Samklef Blasts Yemi Alade
Don Jazzy Says Teni is Finer Than Rihanna – What's Your Take?
Checkout This Hilarious Photoshopped Image Of Don Jazzy And His Heavily Pregnant Heart Rob, Rihanna (Photo)