Following a Twitter user's request, Don Jazzy has given #1.5 million to 100 young people to learn how to code. 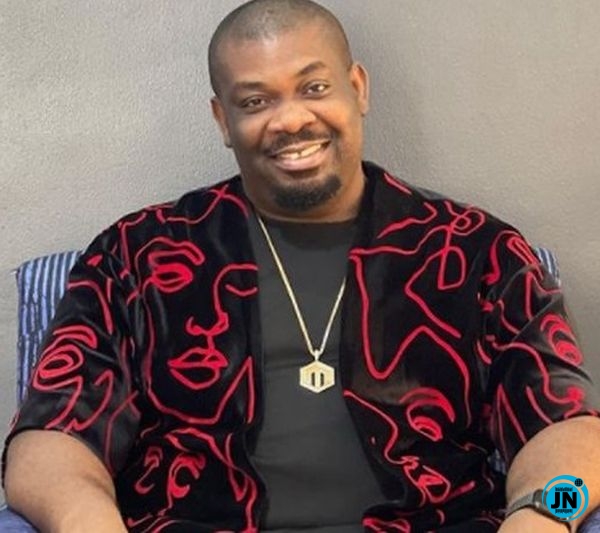 Don Jazzy was respectfully asked if he would want to sponsor 100 youths at their Code Hub Africa Tech by a user known only as Chizom. The price is $15,000 per individual, he tweeted.

Don Jazzy, who is known for assisting hardworking kids, requested his account details and credited him with a sum of #1.5 million. 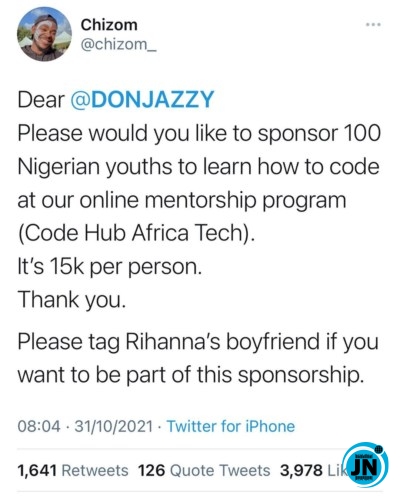 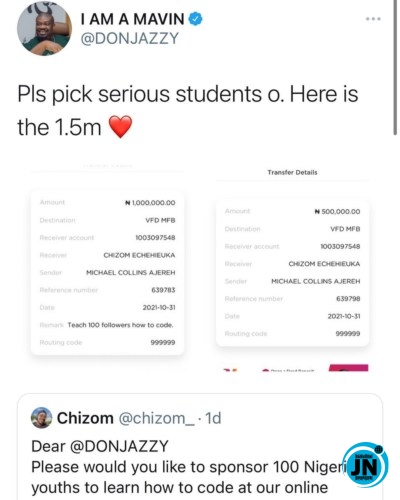 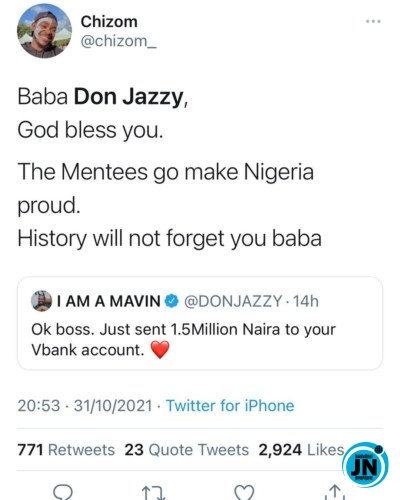