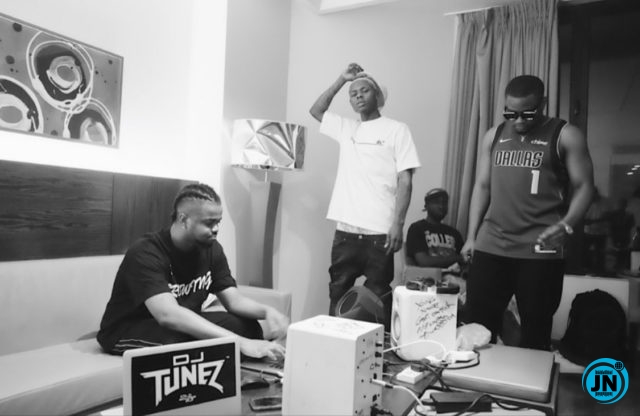 The official DJ of Starboy Entertainment, who has A&R'd, produced, and released major tunes with several afrobeats acts over the years, could be kicking off his 2022 with a potential hit song titled 'MMM (Making More Money).'

DJ Tunez announced and premiered the record, an afro-fusion/amapiano tune made by outstanding beatmaker Rexxie, on his twitter feed today, which also included Afrobeats poster-boy Wizkid, Wande Coal, Buju, and a host of others.

Femi Otedola Gets 3 Expensive Cars For DJ Cuppy And Her Sisters (Photos)
‘Just When I Was About Giving Up’ - DJ Cuppy Reveals What Teni Did For Her With A Phone Call
DJ Cuppy Sends Lovely Birthday Shout Out To Younger Sister, Temi Otedola On Her 24th Birthday
‘My dogs live a better life than me’ DJ Cuppy