DJ Timmy Berates Special Spesh For Requesting Obama To Watch Over Him, After Refusing To Forgive Him While He Was Alive
Posted by

It appears that Hypeman, Special Spesh may have overstepped his bounds by asking the late Obama DMW to keep an eye on him after his untimely death. 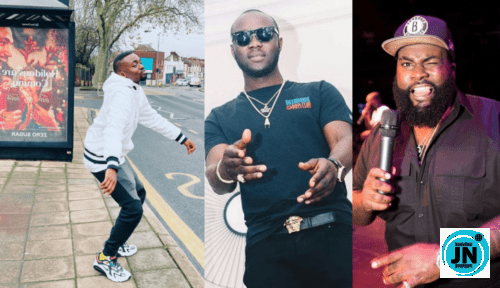 Obama went to Ever Care Hospital in Lekki on Tuesday, June 29th, to complain about an illness. He was claimed to have died later at the hospital, according to a close source who talked to Pulse.

Fans and close friends took to their social media profiles to express their condolences, and one of them was special spesh.

He admitted in a post that he didn't forgive the deceased while he was alive, and that he didn't follow him back on Instagram when he asked, because they often had opposing viewpoints and were too stubborn to reach an agreement. He then demanded that Obama, who had died, keep an eye on the gang.

DJ Timmy, on the other hand, was having none of it. He thought it was absurd that someone like spesh, who admitted to putting Obama DMW, whose actual name was Habeeb Uthman, through so much when he was still alive, would then want him to keep an eye on him.

He said, “You refuse to forgive him when he was alive. You refused to even follow him back but request that he watches over you. Omg.. This is so ridiculous” 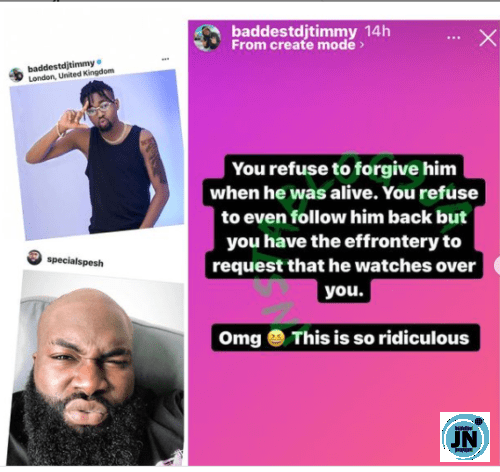