Famous Nigerian disc jockey and daughter to Billionaire Femi Otedola, Florence Ifeoluwa Otedola known as DJ Cuppy showed off their family house in London and it's so beautiful. 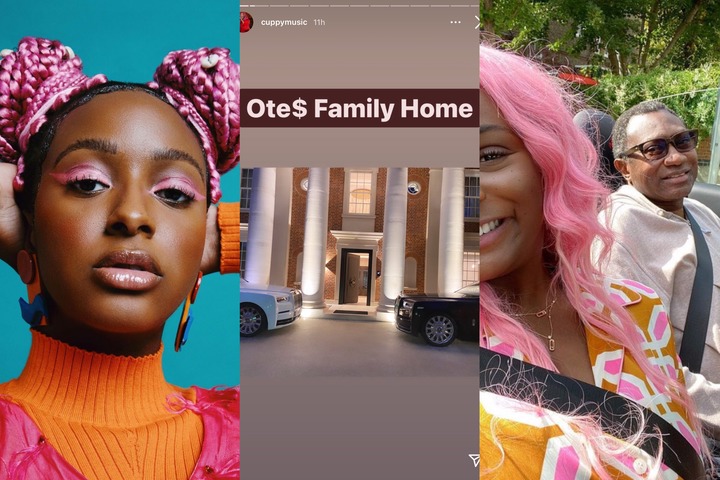 This is in honor of her older sibling, Tolani, who was celebrating her birthday.

The front door to the billionaire's home was visible in one of the pictures uploaded Cuppy shard on had Instagram story.

However, in a another photo, we got too see two luxurious cars parked in front of the house, and according to the caption, they were owned by Cuppy and her dad, Femi Otedola. 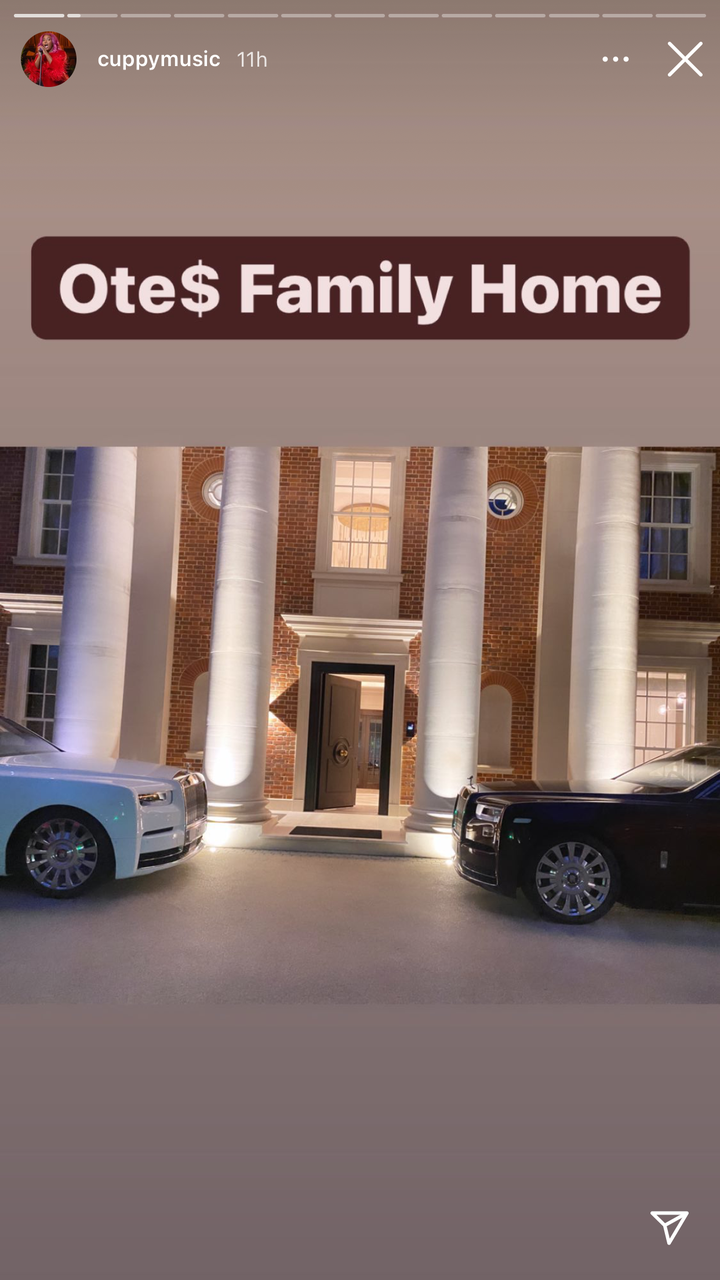 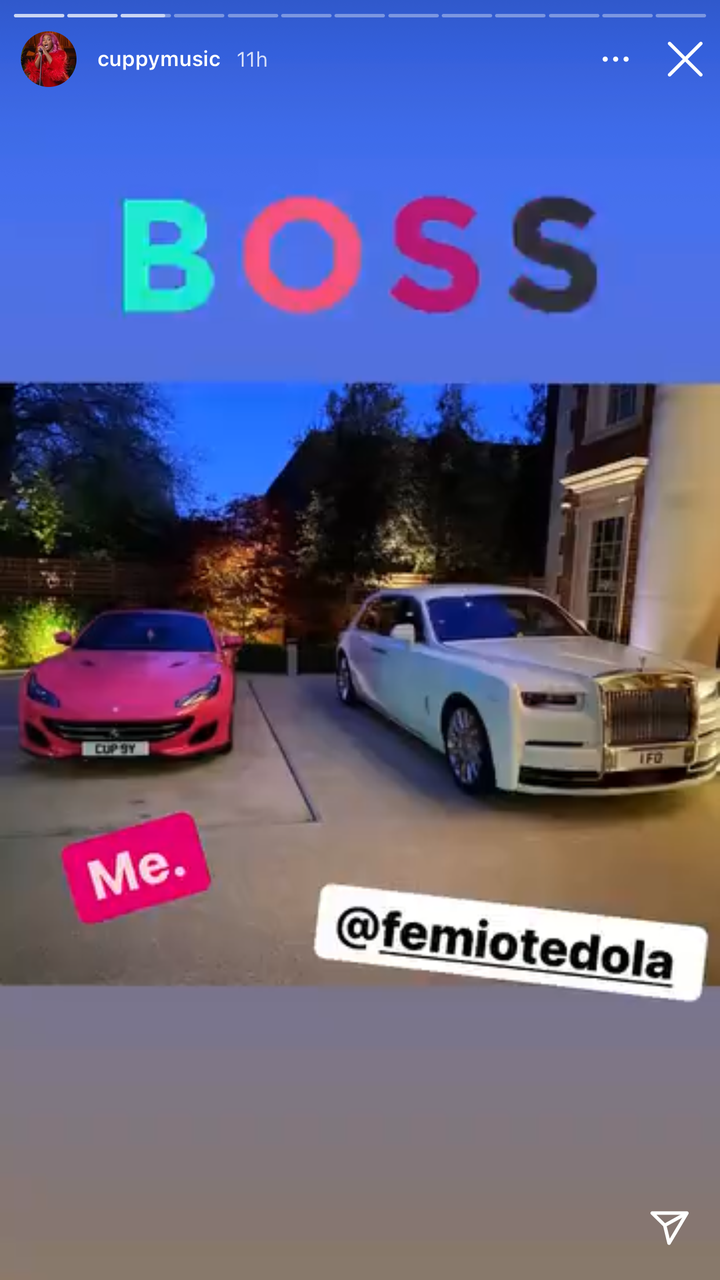 DJ Cuppy shared another mirror picture which shows it was taken inside the house. 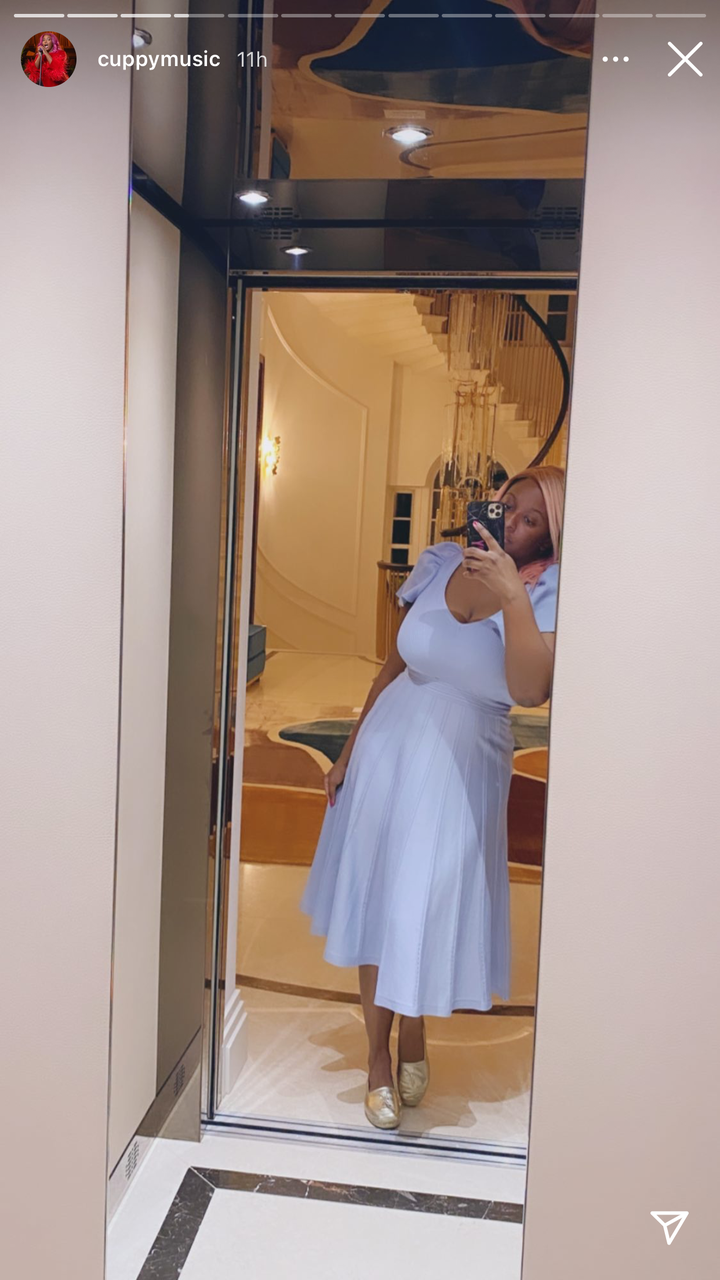 Well, DJ Cuppy, asides from being a billionaire daughter, is someone who has been doing well for herself.

She gets herself involved in different things; she is a disc jockey, a singer, producer and also an on-air personality as she hosts the Africa Now Radio on Apple Music.

‘I dated a 23-year-old guy last year’ – DJ Cuppy reveals
Compared to my male counterparts, i‘m underpaid and undervalued – DJ Cuppy
“Did you drink too much pool water or you are pregnant” – Curious fans question, DJ Cuppy in new photo
"I Am A Strong Woman Because A Strong Woman Raised Me"- DJ Cuppy Flaunts Her Mom