One of Davido’s personel, Israel DMW has been called out, over an alleged sexual assault, by a social media user. 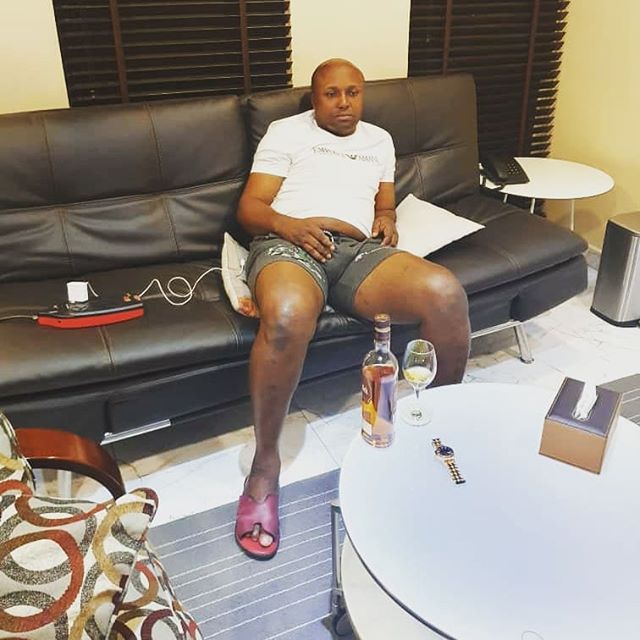 Israel DMW was called out, over an alleged sexual assault, that took place during his service year in Osun state.

According to a lady identified as @Oyeronks on Twitter, the logistics manager to the DMW bos, was allegedly stripped of his post during NYSC, because he allegedly assaulted a lady.

She made the allegation in response to Israel’s post, concerning rape. 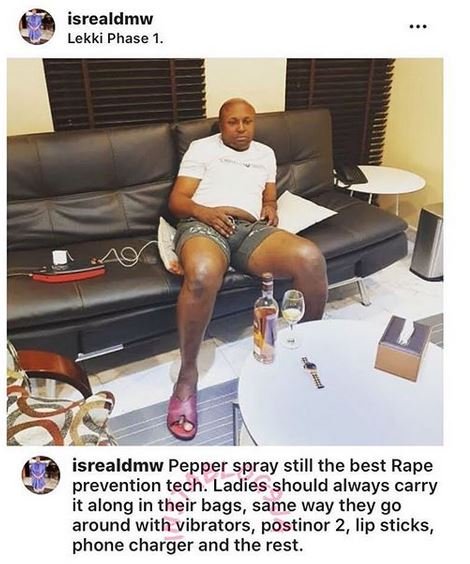 Israel had on Saturday made an update on social media advising women on how to deal with rape. In his post, he advised that women go around with pepper spray just as they go with adult gadgets.

Below was what Israel wrote:- 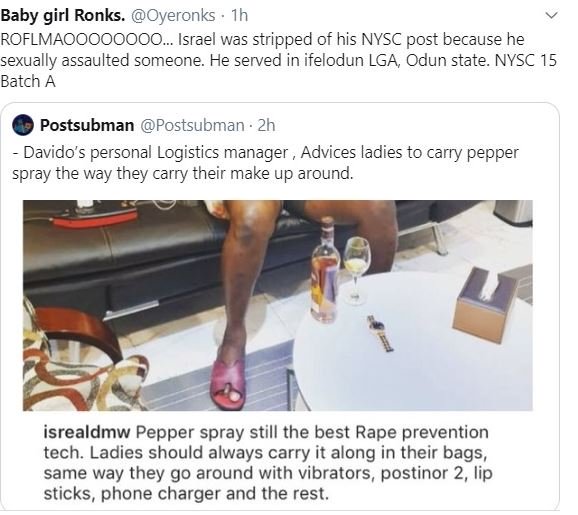