There might be a lot of buzz about to brew out from the camp of Davido as one of his artists, Lil Frosh is being called out on social media for beating his girlfriend. 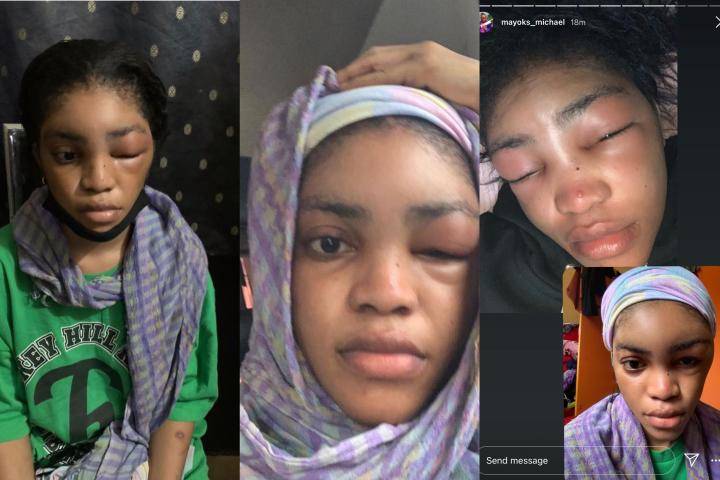 Lil Frosh is a budding Nigerian singer that was initially signed under AMW and DMW but weeks ago it was announced that he was now fully under Davido’s label, DMW.

Well, latest updates on Instagram which is about to start spreading like wildfire across social media are photos of his girlfriend with user ID, @thacutegeminme swollen and battered.

The brother to the girl who goes by the user ID @mayoks_micheal took to Instagram to share photos of his sister and accused Lil Frosh for constantly beating and her.

He narrated that this has been going on for a long time, Lil Frosh would come back to plead and they’d be back again but later on, the same thing happens again. 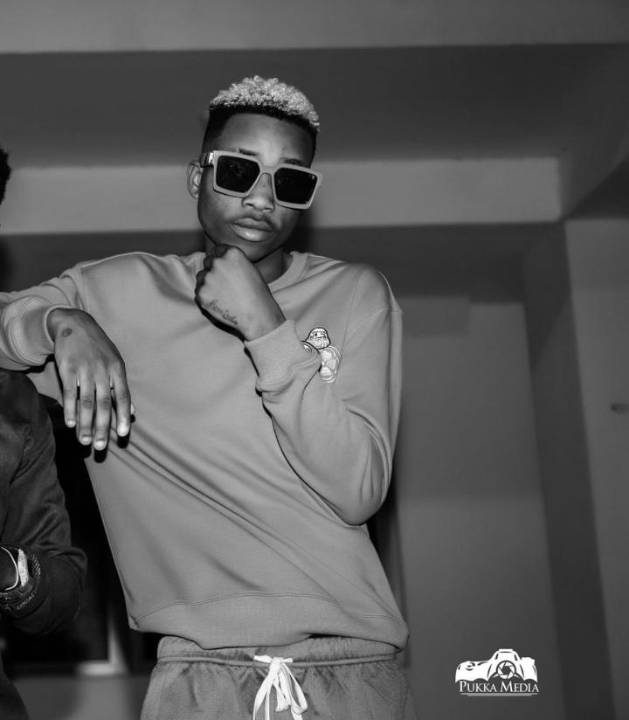 According to her brother, they have kept quiet enough and have voiced out now. 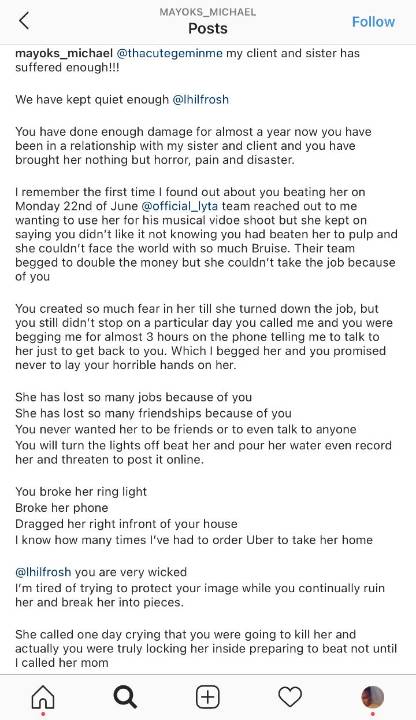 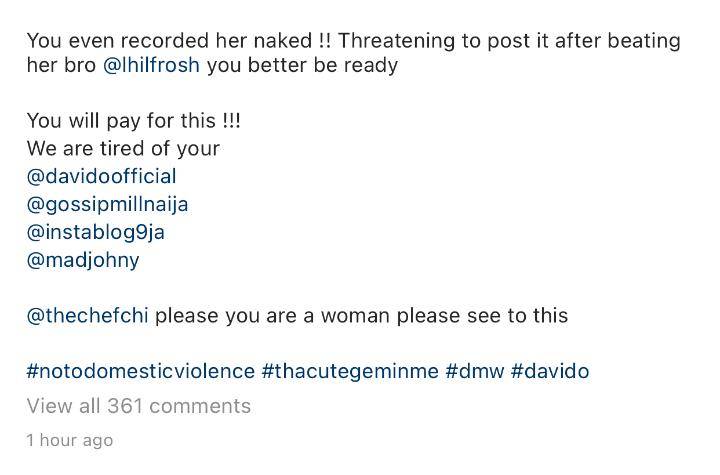 He also shared screenshots of the chats she had with Lil Frosh, which saw the artists begging her to come back. 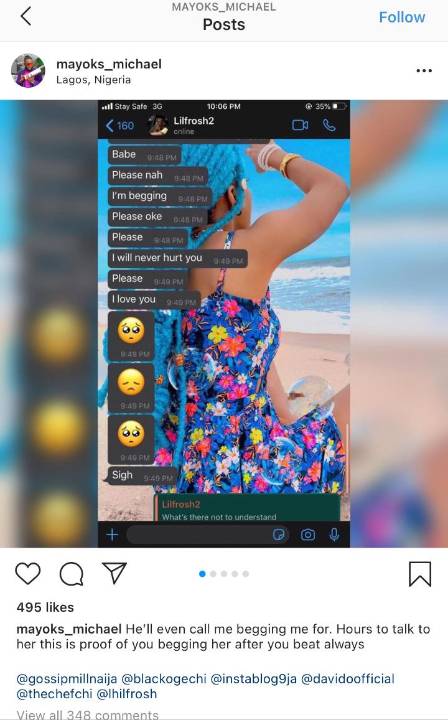 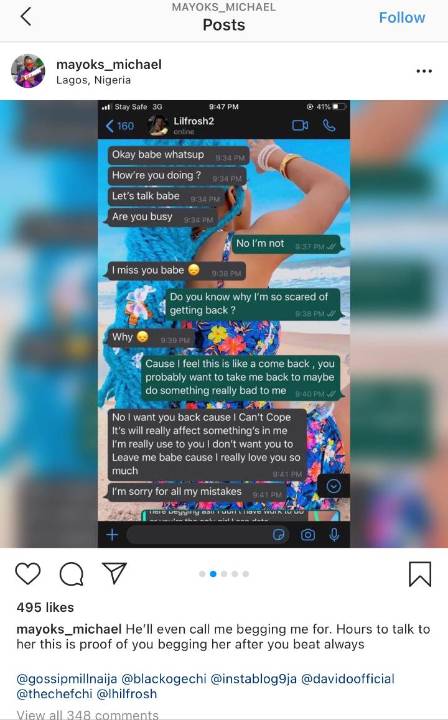 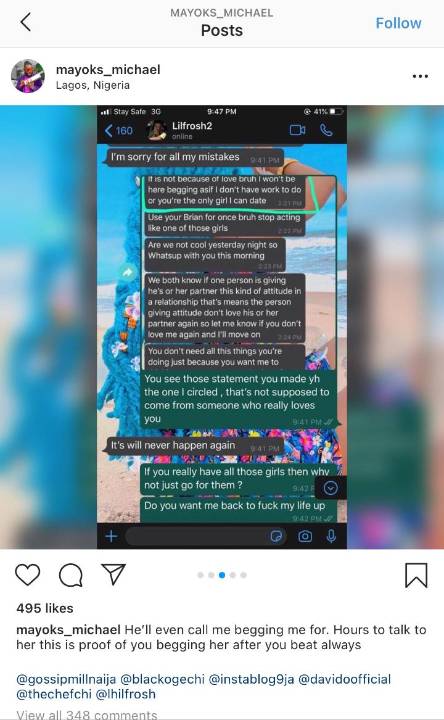 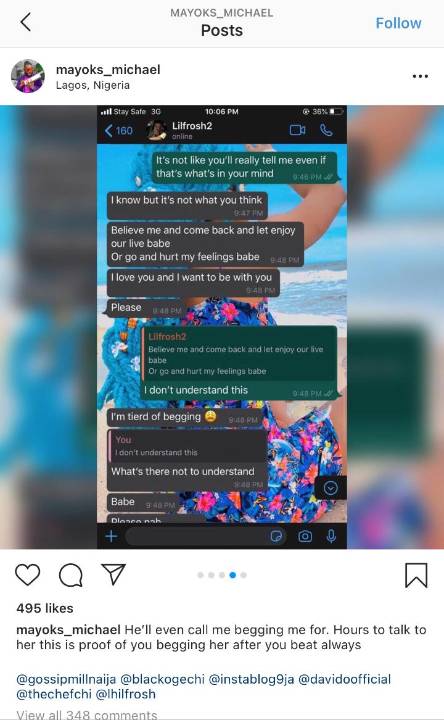 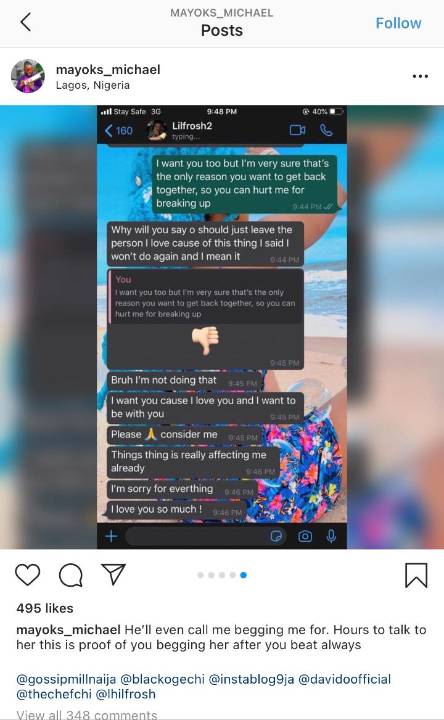 Here are photos of the girl beneath: 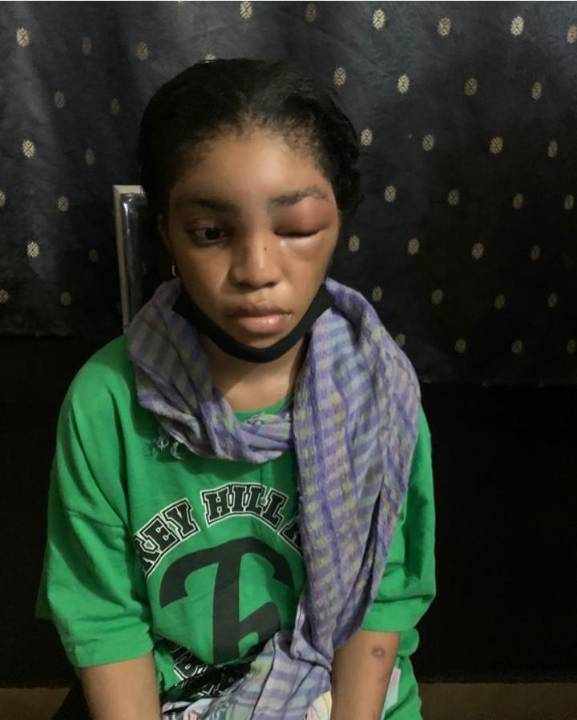 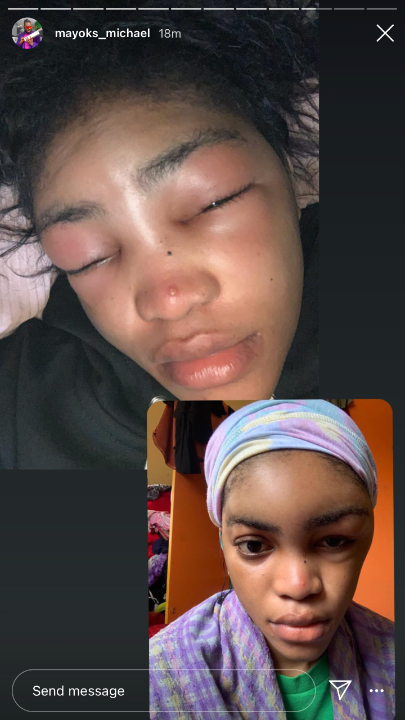 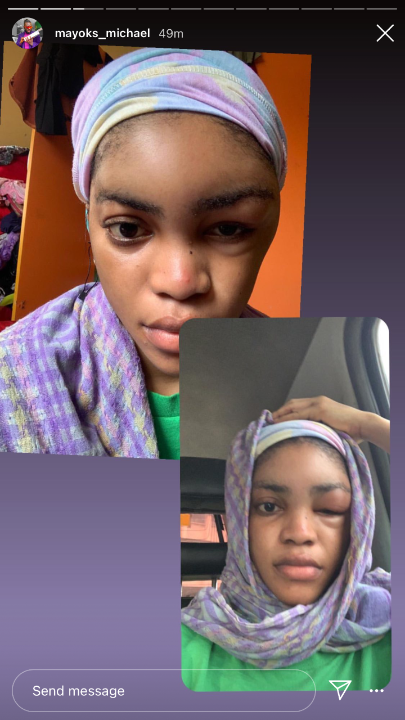 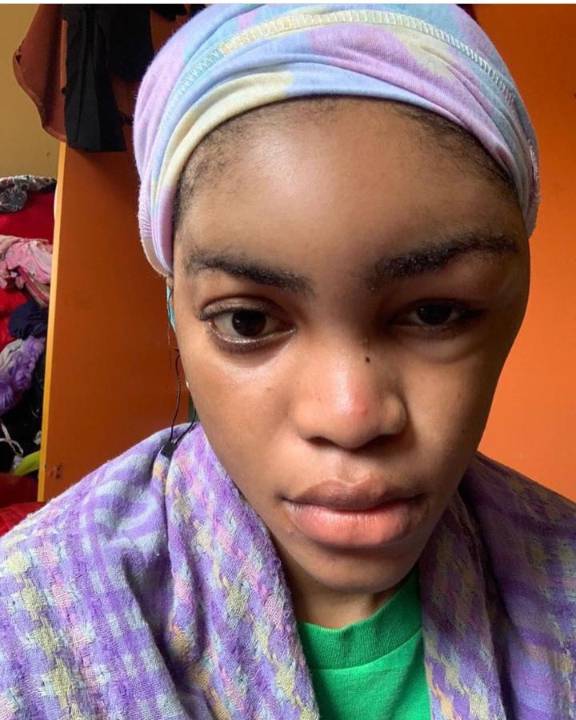 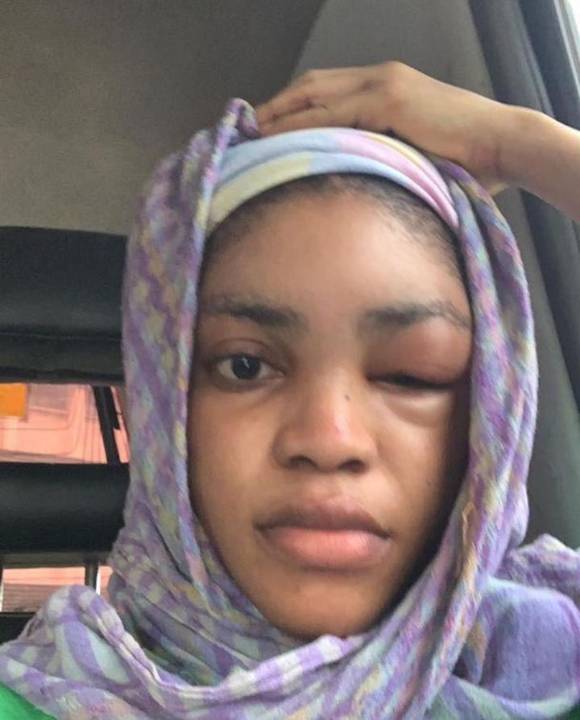 Baba you're just useless to the opportunity or brand wey davido give you ....tcheww

Please let him face the consequences in it

Which one is lies there??