Nigerian popular singer, Davido expresses his intention to make life better for a Twitter user who named his newly born after him.

A fan of Davido who goes by the name Davido Twin took to his twitter handle to express his joy for a bouncing baby boy.

The Twitter user said he is naming the child after the Nigerian artist Davido because he wishes the baby also becomes successful as the singer and David.

Without a doubt, it obvious Davido Twin is a big fan of the singer.

Davido responded by requesting proof which shows the baby was named after him in order to make the fan's life a living proof that OBO DEY. 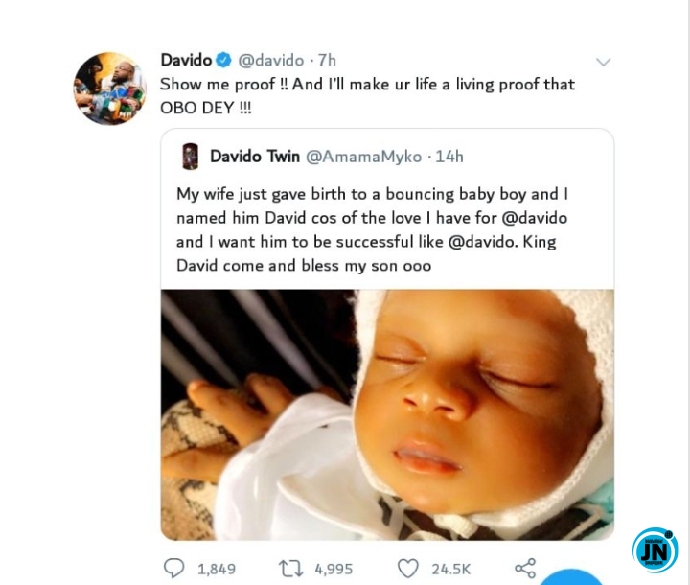