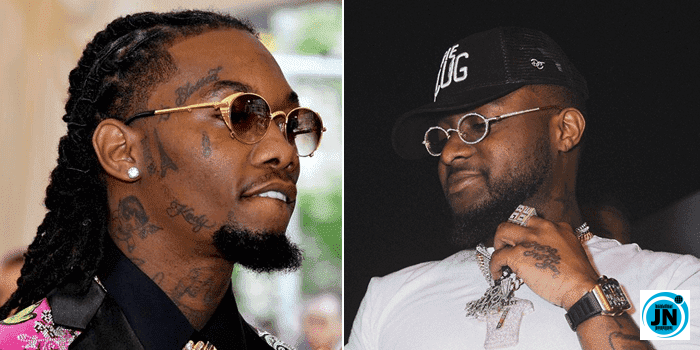 Popular Nigerian rapper, Davido allegedly replied to the husband of Cardi B, Offset after downgrading the name of his girlfriend, Chioma.

As her husband, Offset responded to it, the drama continues

American singer, Offset took social media outlets to ridicule Davido's soon-to-be' Chioma ' asking why his girlfriend, Cardi B, would stand so low on earth that she would name herself Chioma B.

Davido, known for his admirable love for Chioma, didn't find it funny as the Nigerian singer replied Offset, saying the name of his wife is better than his entire generation.

Here you can see their rants: 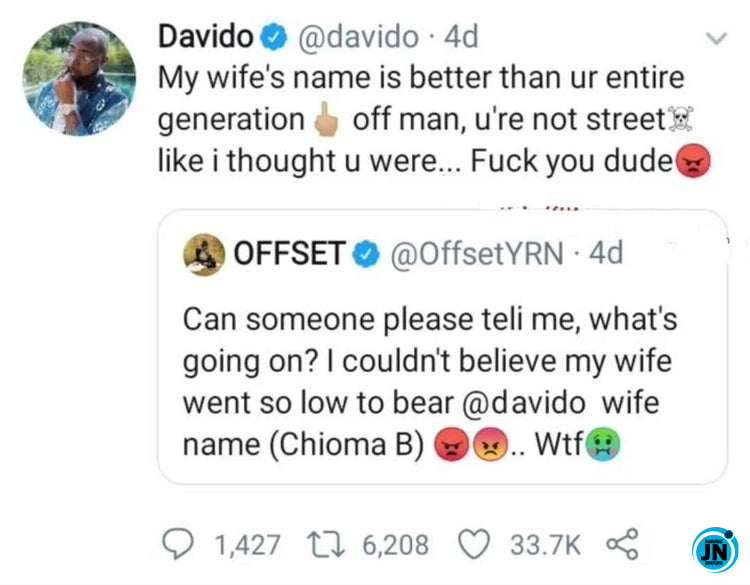