Davido Might Dump Chioma Soon, He Will Not Marry Her
Posted by 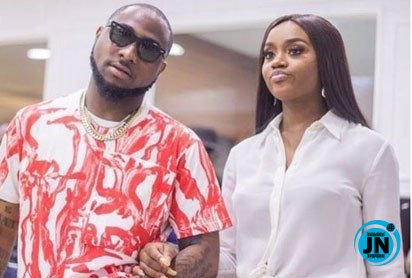 Do you think Davido will marry Chioma next year as predicted and speculated? Nope, I don’t think so. Why I said so?


In the above interview, DAVIDO was literally saying he’s not ready for marriage now.🙆

Also sometime around September, in a brief interview with Ebuka Obi-Uchendu on Bounce Radio live, he revealed why he is yet to get married to his fiancee, Chioma Rowland. Though he said their  might hold in 2021.

‘‘Honestly, Coronavirus messed plans up because it was meant to be in July. I have decided it will be some time next year. For now, I want her to work on her business while I work on my album and the kids. I want everything to balance first.”

On same interview, Davido also opened up about their love story and why his heart belongs to Chioma.

“I have known Chioma for about seven years. We have been dating for about five years. Lati introduced me to Chioma. We went to the same school, Babcock University. We started as friends but I got so used to her and she got so used to me as well. She is a great cook as well.” he said.

Lol that’s sounds great but what if it later ends in premium tears? According to him, Chioma’s parents doesn’t like or support the relationship 100%. That alone is a signal that the relationship might not end well. Anyway, what do I know?🤷

Davido Might Dump Chioma Soon, He Will Not Marry Her

YOU MAY AGREE OR DISAGREE.

“Laycon will not win this year’s BBNaija show, take it or leave it” – Little girl prophesies (Video)
“I Might Sleep And Not Wake Up” – Cubana Chief Priest
Hours after Oye Kyme shot her love shot, another lady tattoos Tunde Ednut’s face on her thigh (Video)
“I am not single, I have a woman living with me” – Fredrick Leonard says as he reacts to imposter’s claim

Good news he will marry chioma in true life