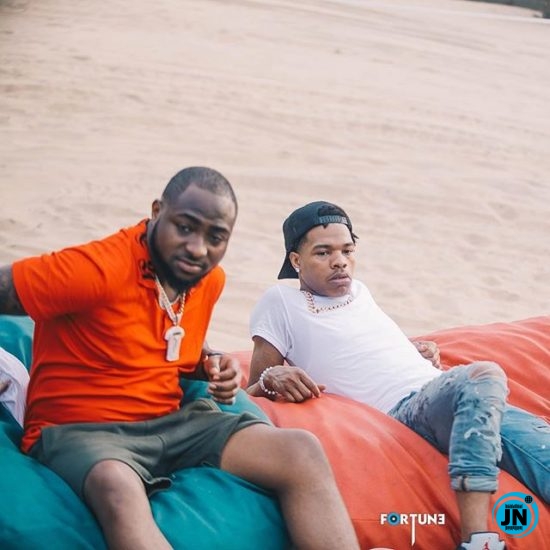 Davido released the second single “So Crazy” off his “A Better Time” album which is scheduled to drop on the 13th of November,2020. The track which features Lil baby received mixed reactions from fans as many took to social media to describe the song as a poor effort from the “FEM” singer.

As if that was not enough Lil Baby took to his Twitter page to announce that he would no longer be doing features. In another tweet, he wrote that there was no way he, a man from the streets would turn down a $100k feature. He wrote: “It was fun while it lasted Money bag No More features from Lil Baby ?? #albummode. I’m from the trenches how the fucc ima turn down 100 racks to talk ?????but it’s some bigger in store tho ?????

It was fun while it lasted ? No More features from Lil Baby ?? #albummode

This statement caused fans to believe that his decision was due to the backlash received from his recent collab with Davido which was labeled a flop.

Just remembered Davido dragged Burna & Wizkid for having international collabos for “ western recognition “ only to drop that rubbish . Lmao I’m embarrassed for him

Wizkid & DrakeDrake: Wizkid is my bro, I got blessings from the African king.

Davido & LilbabyLilbaby: the insults don do Abeg?? he pay me $100K that’s why I did it

Davido recorded a song and couldn’t stick to it!!! Replies tweets he isn’t even tagged in, Guyyyy pic.twitter.com/T99lZzO5lz

The feature with Davido nearly killed his music career.Lil baby is done for now.Even if Davido pays extra $100k.?? pic.twitter.com/BlOQevfS0b

Davido reaction after seeing lil baby tweet and think how much he paid lil baby??? pic.twitter.com/KhaBDTBzWF

Burna Boy's 'On The Low' Single Goes Gold In France
#BBNAIJA5: Fans Dig Up Marriage & Family Photos Of BBNaija Season 5 Housemate Praise, After Saying He Is Single
Rudeboy Reacts To Sarkodie’s Call, On The Ban Of Timaya’s “I Can’t Kill Myself” Hit Single
DJ Cuppy Receives Multiple Marriage Proposals, Hours After Lamenting Of Being Single