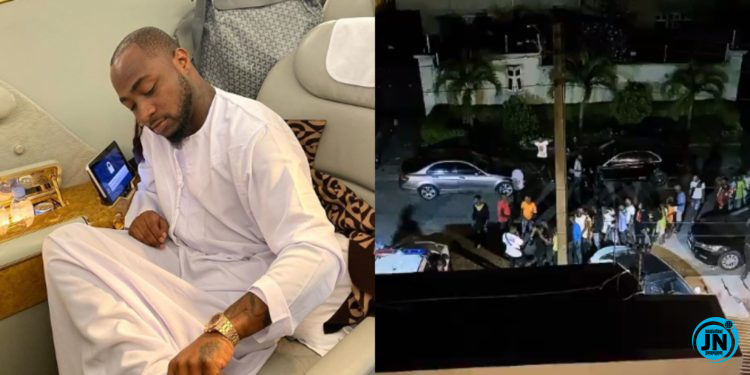 Nigerian rapper, Davido distributed cash gift to some of his fans in front of his home in Lekki, a video that recently surfaced online shows the moment.

Initially, the crowd had refused even after dusk to leave his house until he finally settled them.

The singer is seen in the video enjoying fresh air on his mansion's balcony while watching the assembled downstairs gigantic crowd, waiting for him to attend to them.

Eventually, the father of three sent his crew members down to distribute the money to the crowd.

He shared the video via his story on Instagram.