Davido Confirms Dababy’s Next Single, Project And Their Collaboration
Posted by

Davido, a Nigerian entertainer, has confirmed his collaboration with Dababy, an American rapper. 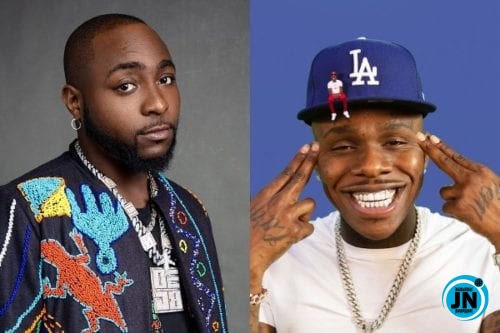 Dababy announced on the BET 2021 Awards Red Carpet yesterday, June 27, 2021, that he will be releasing a new track shortly.

According to him, he would be joined by Davido, a Nigerian Alpha Male, for the project, which will begin next week. He'll also be visiting Nigeria to film a video for his new hit.

In response, Davido rushed to his Instagram account to confirm the story' validity. He re-posted the interview clip and acknowledged his delight in their partnership. 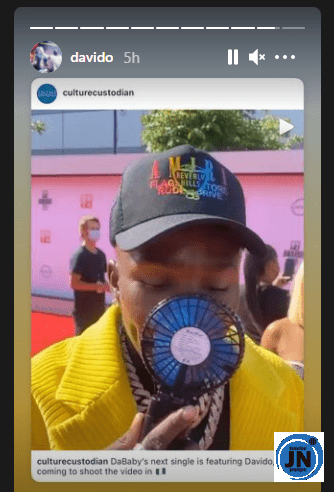 'I was forced to share a room and toilet with their cook and driver despite having hit songs' – May D exposes P-Square
‘I held him in my arms and he went quiet’ -Ini Edo shows off her baby, Prince
’Sugar Daddy No Send Money?’ - Fans React As Bobrisky Eats Bread And Beans In New Video (Photos)
“I walked into Emmanuel and a girl in Dubai” – Liquorose finally reveals reason for split (Video)